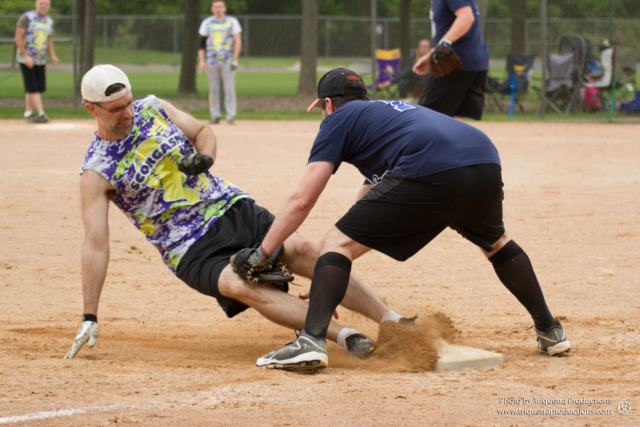 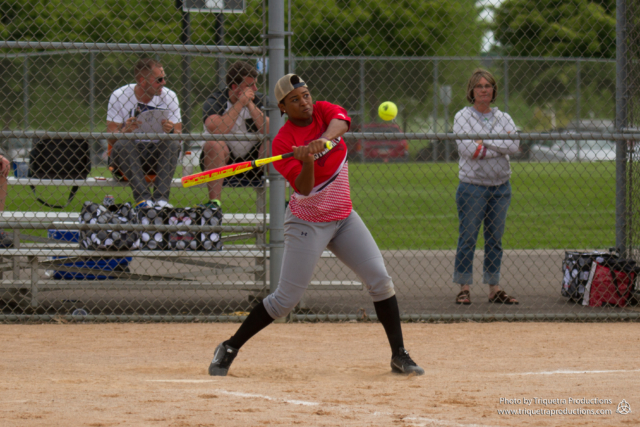 Calling all sports lovers! The Twin Cities are going to be the place to be this month as we prepare to host two big sporting events in the GLBT community: the North Star Classic (NSC) Tournament and the North American Gay Volleyball Association (NAGVA) Championship.

NSC is an annual national softball tournament hosted by the Twin Cities Goodtime Softball League (TCGSL), which is a member of the North American Gay Amateur Athlete Alliance (NAGAAA). According to NSC director Todd Trebesch, the Twin Cities’ first openly gay softball team was formed at the Saloon in May 1979.

“The team was associated with the Minnesota Gay Athletic Association (MGAA), which had already established the ‘Goodtime’ bowling league and was sponsored by the Saloon. That summer, the softball team played several charity games, including a game against the Minneapolis ‘Blue’ Team on July 29 at Parade Stadium,” Trebesch says. “That Sunday, an estimated 400 fans overflowed the bleachers and stretched down the third baseline to support the Saloon team, and behind the team’s bench were eight male cheerleaders with green and white pompoms. Another hundred fans sat in the first baseline bleachers in support of the Blue Team.”

Trebesch says the Saloon team came out victorious at that game, which headlined on many local news stations as well as the Minneapolis Tribune. 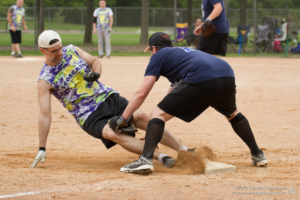 “Later that summer, the team was invited to the third Gay Softball World Series (GSWS) held in Milwaukee that year over Labor Day weekend. The Saloon team placed second, losing to a Los Angeles team in the championship game, 12-13. In January, 1980, the Twin Cities Goodtime Softball League was established. The league adopted the name ‘Goodtime’ partly because of having a good time aligned with the league’s mission statement, but also because in those days, it wasn’t always safe identify as gay. In March 1980, the fledgling league was accepted as the seventh member of the North American Gay Amateur Alliance, the organization responsible for hosting the GSWS,” Trebesch says.

After all of this success, TCGSL quickly established itself as a valuable member of NAGAAA, and it now contributes greatly to NAGAAA administration and competitions.

Trebesch says TCGSL creates a safe environment for GLBT members of all ages. It provides an opportunity for athletes of all skill levels to get involved in the community while enjoying their favorite sports.

In addition to the fun of the NSC tournament, there will also be events hosted throughout the Twin Cities, including a registration party at the Saloon on Friday, May 25 (6-9 p.m.), featuring Saloon happy hour, a sports party at the Saloon on Saturday, May 26 until bar close, a closing awards ceremony at The Commons Park on Sunday, May 27 (6-10 p.m.), bar service provided by the eagleBOLTbar, and an afterparty at the eagleBOLTbar on Sunday, May 27 (10 p.m.-bar close). 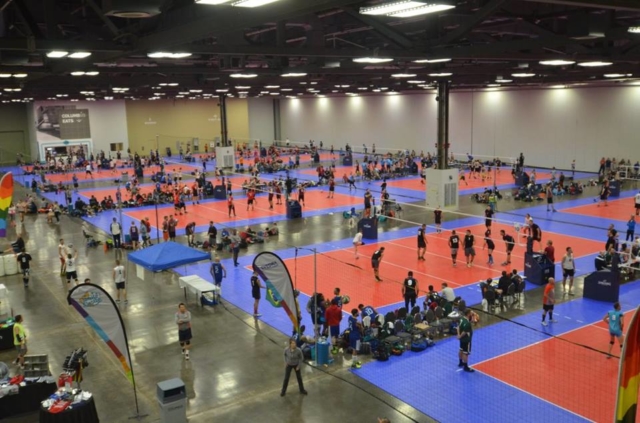 The 2018 NAGVA Championships will be hosted at the Minneapolis Convention Center. Photo courtesy of NAGVA

Similar to NSC, the NAGVA volleyball championship is expected to bring sports fans to their feet! NAGVA is an organization of over 17,500 members in the United States, Canada, Mexico, and Puerto Rico.

“NAGVA was started in 1983 by a small group of volleyball enthusiasts looking to provide a safe space for gay individuals to play the sport of volleyball. Since then, the organization has grown to include over 30 tournaments per year as well as the annual championships. NAGVA held championships in Minneapolis twice before, in 1989 and 1995,” says NAGVA President Jason Fallon.

According to Fallon, volleyball is a very popular activity within the GLBT community. Many cities have local gay leagues with a wide variety of levels from the beginner to the advanced. 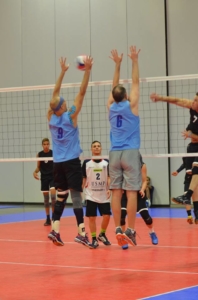 “Each year, NAGVA holds championships over Memorial Day weekend. This is the culmination of the season which runs from June through May each year. The championship is a time for players and the community to celebrate the sport of volleyball while having a diverse and non-exclusionary environment for everyone to be themselves without repercussions. Our championships is a three-day tournament and ends with a banquet Sunday night,” he says.

Championships in Minneapolis are being held at the Minneapolis Convention Center in downtown in Hall E. There is no admission fee for coming to watch, and they strongly encourage the community to come out and watch the competition unfold. There will be concessions available in the Hall as well for both players and spectators.

“The best part is to see the competitiveness of every team, but also the diversity of the teams which come from all over the country, as well as Canada and Puerto Rico. Everyone can be themselves, which is such an important part of our organization. Even though the more mainstream the LGBTQ community has become, there are still instances where some are fearful to be themselves,” Fallon says. “We pride ourselves to have a safe space for all participants, including our LGBTQ brothers and sisters and our straight allies. And to me, it’s just great to see the community come together and celebrate diversity while enjoying the sport we all love: volleyball!”

For more info about the NAGVA Championships, please go to www.nagva.org/championships or visit their Facebook page at www.facebook.com/NAGVA2018.