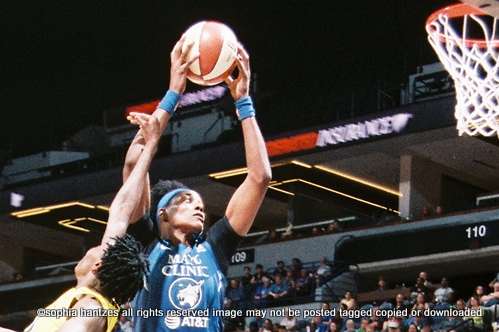 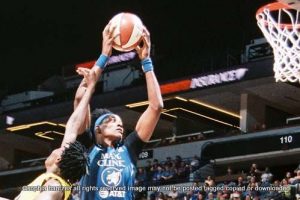 WNBA Minnesota Lynx player Sylvia Fowles extended her WNBA double-double record to 163. Fowles had 17 points and 18 rebounds in today’s game against the Connecticut Sun.  She is 6 rebounds away from former teammate and current Lynx Assistant Coach Rebekkah Brunson for No. 1 on the all-time list (file photo 2019 sophia hantzes)