“Spandex the Musical” is Joyously Nostalgic at the Minnsky 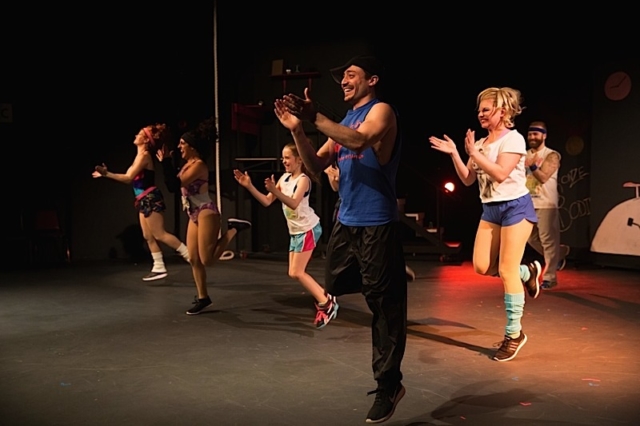 In the 1980s, aerobics classes sprang up all over the country, from the hearts of the biggest cities to small towns in the Heartland. It was a decade when fitness became all the rage and the Crystal Light corporation hosted a championship competition known as the Aerobics Super Bowl. Aerobics also lifted spirits with peppy harmonious music that you just couldn’t resist. It’s as if the human body was made to align with it. And spandex was the exercise and art form’s clothing material made to align with the body contours, stretching sensuously so that you could test and relish your physical boundaries.

At the Minnsky Theatre in northeast Minneapolis (formerly the Nimbus Theatre) the Twin Cities premiere of the Off-Broadway-originated Spandex the Musical leaps out right at you. This joyous production directed and choreographed by Liz Piccoli uncannily captures the time and spirit of the era. 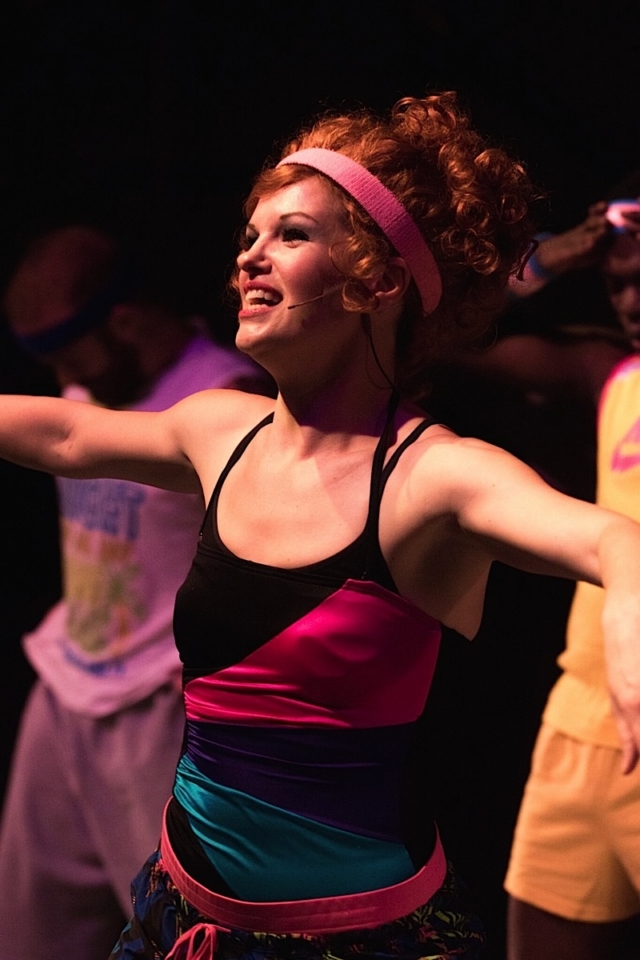 Writers Daniel F. Levin and Annie Grunow have skillfully crafted a mix of seemingly heavy themes that blend into terrifically entertaining storytelling: the ambitious corruption of a deceiving aerobics instructor icon, a young man coming to grips with being gay, two women facing major turning points in how they are to live their lives, insincerity in love, and the friendship between a gay Israeli man and his straight Israeli pal.

Julian Blackmore and Levin’s music, Sims Lamason’s music direction, Josh Freilich’s orchestrations, Jim Corona’s sound design, and Jac Fatale’s lighting spirit forth an ’80s club scene atmosphere that surges with vibrancy in the Minnsky space. That space has never been used quite like this.