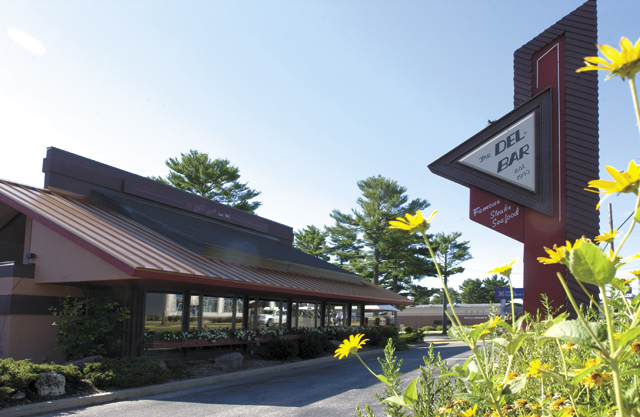 You never know where a road will lead. The road twists, turns and can lead you to any number of new discoveries: a beautifully crafted cheese, a divine ice cream cone, a killer cocktail alongside a fat slice of prime rib in a that room time forgot, or maybe even the love of your life.

We reached out to several of the area’s top chefs to find out where they like to go when they get out of the kitchen and hit the open road.

Michael DeCamp, the Chef de Cuisine at La Belle Vie, creates some of the most beautiful, elegant cuisine to be found in the Twin Cities. His inventive dishes are always served with a gasp and an appreciative sigh. There’s a reason this restaurant is a perennial best-of. On the rare occasion that he takes a vacation, he has but one destination on the brain: Wisconsin.

Del-Bar in Wisconsin Dells is a family owned steakhouse that was established in 1943. The sleek building expansion (from the original log cabin) was designed by Frank Lloyd Wright protégée James Dresser. The maroon bar seats have a sexy curve and the sort of chairs you can settle into for a good long drink. They serve dinner daily and the dish not to miss is one of their perfectly prepared steaks. Pair it with a brandy Manhattan and it’s a taste of another era.

Another throw-back spot DeCamp can’t miss in a Wisconsin sojurn is Ellie’s Ice Cream in Amery, an old-fashioned ice cream shop. The counter is framed by red-topped stools which are wrapped in chrome. There are no fancy flourishes of new-fangled flavors, just get a double scoop of classic flavors made from rich, Wisconsin cream. 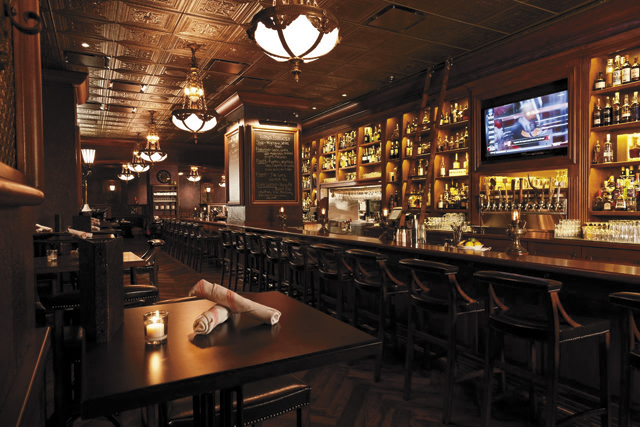 The Rumpus Room interior. Photo courtesy of The Bartolotta Restaurants

For a more modern taste of the good life, he’s also a fan of the Rumpus Room is Milwaukee. A part of the Bartolotta group of restaurants, the sleek bar has an extensive beer list and the menu is a meat-lovers’ paradise.

A trip through Wisconsin isn’t complete without a proper dive bar experience. For that, DeCamp heads to Superior’s Anchor Bar. It’s dark, dingy, and cheap; a maritime hoarder’s delight. And, it serves some of the best burgers to be found.

Erica Strait, proprietress and chef of Foxy Falafel in St. Paul, has a different agenda when road tripping. Strait doesn’t eat gluten, so that makes her choices just a little more challenging. Often when traveling she seeks out local co-ops to find local, seasonal produce and artisan food treats. She loves a good supper club where she can get a slab of prime rib (a girl can’t live on kale alone).

When tooling through northern Minnesota, she always makes a point to stop at Gordy’s Hi-Hat in Cloquet. Their freshly ground hamburgers are gently packed together, making for a tender, meaty treat. They also have fabulous freshly made fries and onion rings. To go for the full drive-in experience, it’s wise to also order one of their ice cream shakes. Delicious! 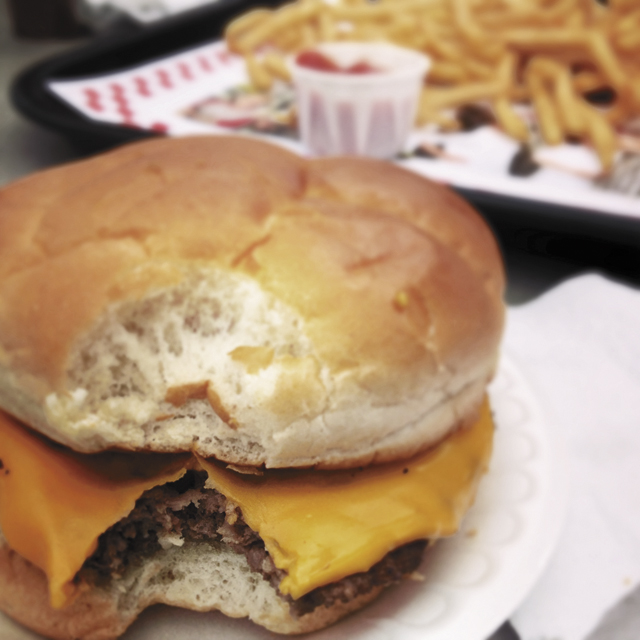 For a more formal experience, she’ll hit the New Scenic Café up the North Shore on Highway 61. As we learned when we visited (Lav Issue 462), no one else does seasonal cooking like they do. No one bakes a better berry pie than these guys.

Strait also loves a Wisconsin trip, especially one that ends at the brick-and-mortar home of her food truck sisters who run the Chef Shack. Their Bay City location is open on the weekend in the summer. It’s a lovely location for a pizza dinner from their wood fired, outdoor oven or an epic brunch.

And on the way home from any road trip, she makes a point to stop at Dairy Queen.

Chef JD Fratzke makes a sexy plate of food. He cooks his heart out over at the much-lauded Strip Club Meat and Fish in St. Paul. A vocal proponent of farmer partnerships, he loves to travel home to Winona. When he can get down there with his girls (his lovely wife is also a server at the restaurant and the two have a daughter) they camp out at The Blue Heron. Inside they share his passion of local cooking and utilizing the abundance of this part of the state. 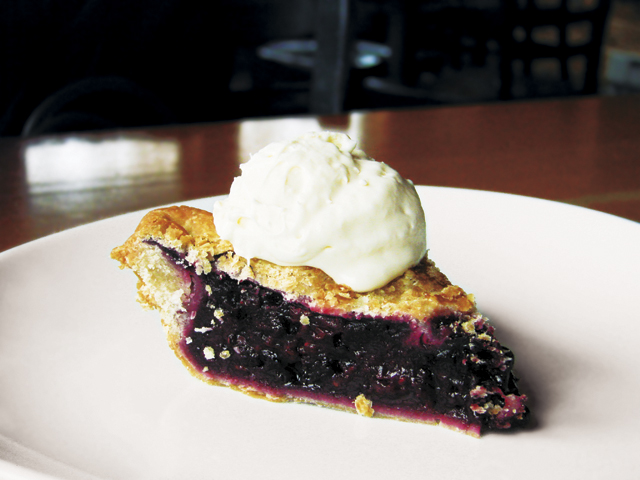 They also love to stop by Beno’s Deli for a bowl of their fabulous soup.

Perhaps the best versed in road tripping are Daniel Klein and Mirra Fine, the globe-trekking duo behind the Perennial Plate. Klein is a chef who has worked around the globe. The two began filming their wildly successful web series with a year of eating locally in Minnesota and are now traveling the world documenting their food experiences. For these two, it all comes back to cheese.

They met at a cheese shop (France 44) and recently became engaged in a cheese cave in Italy, surrounded by massive wheels of Parmesan. As Klein told me, “A good food trip is inevitably based around that same subject.  Although I’m mildly lactose intolerant (isn’t everybody?), a good cheese tour is totally worth it.” 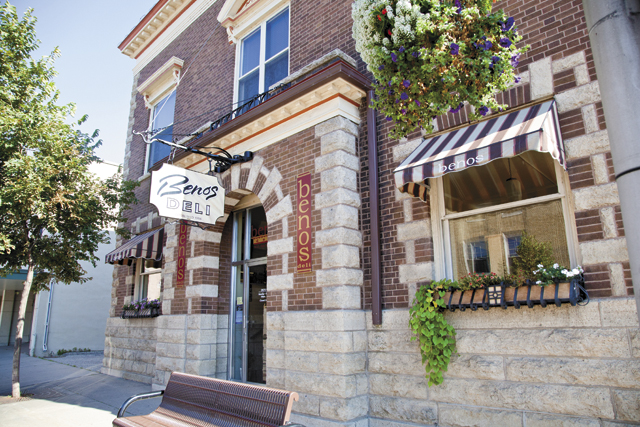 “Uplands are the perfectionists,” he enthuses. “They only use milk from their own cows when they are on grass (they sell it the rest of the year) and the owners are extremely kind and knowledgeable.  Just make sure to call ahead, they don’t do walk-ins.”

“Bleu Mont is the rebel cheese maker.  Will Lehner experiments to much success.  You’ll have to convince him of a tour, but he built his own cave in the side of the hill he lives on. Usually a ‘cave’ is just a glorified refrigerator, this is a real cave. His bandaged rap cheddar is unbelievably delicious.”

“Hook’s is more old-school Wisconsin. Located in downtown Mineral Point, this is a place where you can taste what 15 year old vacuumed sealed cheddar tastes like (brings sharp to a new level).”

That’s it. Grab the keys. Gas up the car. Crank the tunes. It’s time for an epic feast of a road trip. 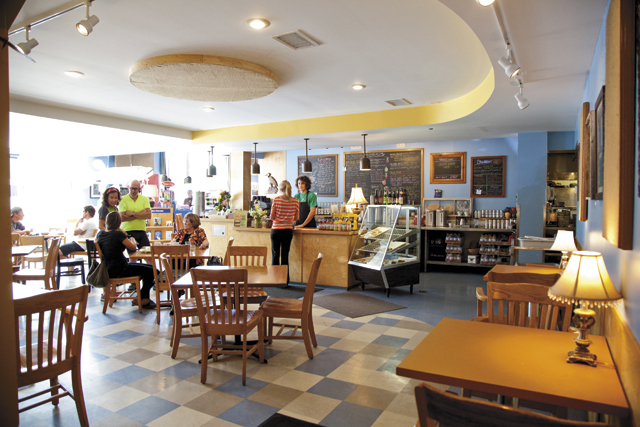