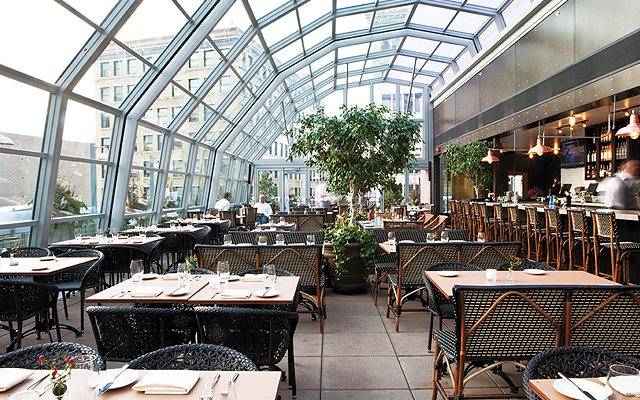 Dine out all year round while protected from the elements under UNION’s retractable rooftop. Photos by Hubert Bonnet

The signs of life were there before anyone knew what was coming. The hulking space that once housed Shinders was undergoing a massive transformation. Soon, whispers began to spread until it was finally confirmed that Kaskaid Hospitality, which also runs the Crave empire, would own this ambitious new venture.  It would be known as UNION.  The retractable roof came into shape, offering a new way to dine, year-round, under the stars.  Mouths gaped at the specs; the entire operation looked ambitious and impressive.  In a head-spinningly short amount of time, they were opening their doors to the public.

Not only was the restaurant space exciting, so too was the news of who would be running the kitchen.  Jim Christiansen came through the ranks of various Tim McKee restaurants. He was the chef who tried to wrestle expectations of owners and customers at Il Gatto, before taking some much needed time off to travel and cook at what is the hottest restaurant on the planet, Noma.

Christiansen grew up in Eden Prairie in a home where his mom was, in his words, a great cook; the kind of mother who did a lot of scratch cooking. Like many young chefs, he began his career on the line at McDonalds.  The desire to become a chef didn’t come to him immediately. He said it took the questioning of a high school teacher who asked him specifically, “What do you like to do?”  After much thought, he decided he did enjoy cooking. From high school he went to vocational school to study the culinary arts.

After school, he found his way to La Belle Vie in Stillwater. He wandered in and found YC, Chef de Cuisine at La Belle Vie, Mike DeCamp.  Christiansen asked about an internship, DeCamp responded with, “Okay,” and thus began his career. 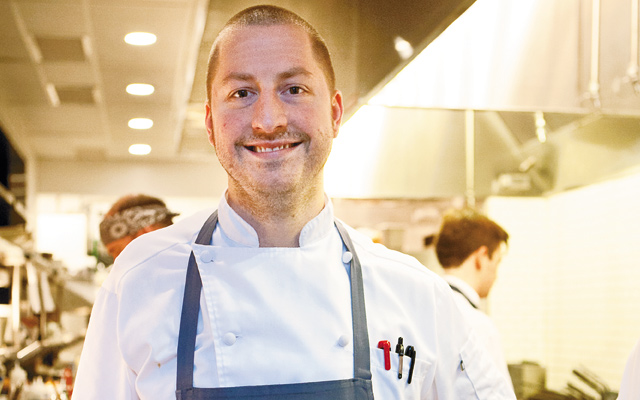 Much of his experience was working with award-winning chef Tim McKee.  McKee has a reputation of fostering some of the top culinary talent in town.  Christiansen helped close La Belle Vie in Stillwater and open the current Minneapolis location. He also spent time at Sea Change before following McKee to work at Il Gatto, where he ran the kitchen.  The restaurant was challenged with expectations of long-time customers of Figlio, which had held that historic location for years. Eventually, the restaurant was shuttered and Christiansen was left adrift.  For the first time in his life he had some time and very little pressure.  He decided to do what is called a stage in the business, which is when a chef will work for free at another restaurant in exchange for knowledge and new experiences.  He went to Demark to work at Noma, arguably the best restaurant in the world at this moment.

While there, he received an email about what would become UNION. At the time, he admits he blew it off.  He was busy. Exhausted and working for free in a foreign country, Minneapolis was thousands of miles away and the furthest thing from his mind.  Back home, we collectively held our breath, would he ever return? Were we about to lose this considerable talent to the greater world?

Eventually, he found his way home, landing in St. Louis Park, where he lives with his partner Jon.  Even better for them, Jon coincidentally works across the street from the UNION location, so the two are able to steal the occasional lunch together. 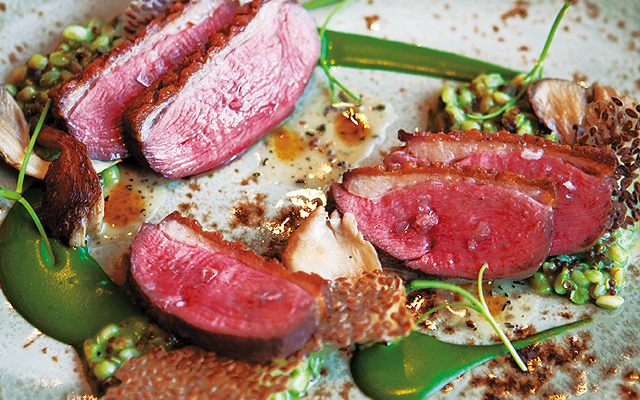 Once he was committed to the new restaurant, Christiansen began to spin his culinary magic and form the menu.  One of the first items he worked to develop would become one of the most popular dishes on the menu, the savory donut holes.  Tender and bready, they come with molten cheese and are easily popped one after another while perfectly paired with one of their craft cocktails.

The menu is stacked with as many local, sustainably raised ingredients as possible. The chicken is from Kadejan, the greens from Dragsmith, and so on.

During the course of our conversation, I asked Chef Christiansen about his experience as a gay man in the industry what his experience has been like.  He said, “It never really came into play. When you’re young it’s like, do you come out to your bosses? What do you do? The restaurant business is so open. It draws people in–a lot of colorful people.” 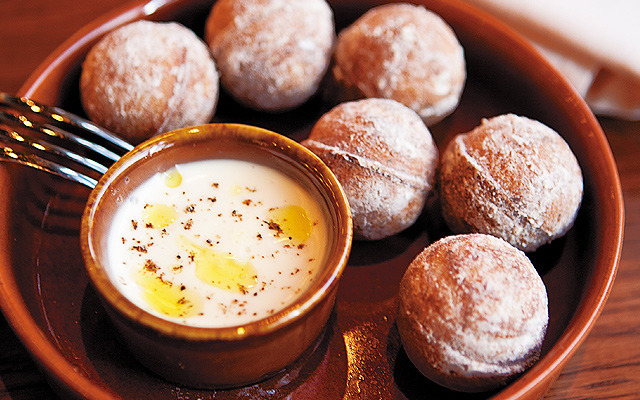 Savory donut holes are the dish everyone is buzzing about.

With an enigmatic, talented chef like this, in the dizzying location, UNION will also likely be drawing in all kinds of colorful people to the heart of downtown Minneapolis.

New restaurants are popping up all over town, from the North Loop to St. Paul.

Borough and Parlor are now open in Minneapolis’s ever-growing North Loop area, the kitchen is run by two Travail alumni and the downstairs craft cocktail hot spot is helmed by the head of the Northstar Bartender’s Guild. Smack Shack says they really, truly and honestly, will be opening soon; and Issac Becker’s new venture is fast taking shape at Hennepin and Franklin in the old Burch’s Pharmacy space.  Red Cow will be opening this spring in a former Blockbuster space near 50th and France.

Louis atop Cossetta’s in our capitol city is churning out Italian classics. Check out their killer happy hour menu for pre-show dining. Ward 6 is a sweet little neighborhood spot serving dinner while the French Hen on Selby has breakfast covered. And French Meadow will be adding a second location on Grand Ave.

So, re-up that gym membership and kick the spin into high gear, it’s going to be a tasty year.