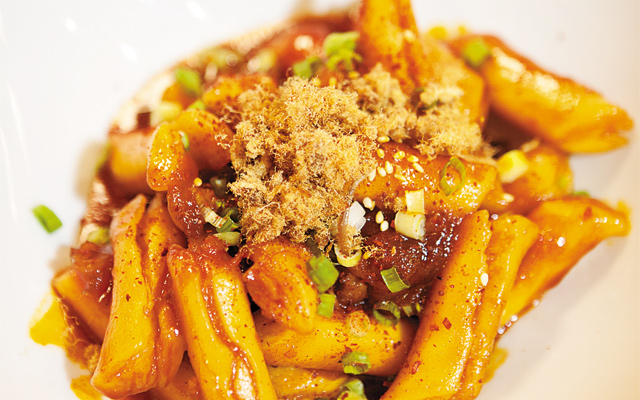 Spicy gnocchi-like mochi to be topped with duck confit. Photo by Hubert Bonnet

A flash of something white skips past your peripheral vision. After turning your head fast enough to shake loose any misconceptions about the Earth being at a stand-still, it’s hard not to follow that indefinable something. There’s a moment where the choice must be made to either keep those two feet planted firmly on the ground of all that is known and staid, or take the leap and fall ass over teacup down The Rabbit Hole.

Thomas Kim and Kat Melgaard are on their way into a whole new world. It’s one that includes a beautiful new room, built almost entirely by their four hands, a restaurant that suits the unique neighborhood, perfect for both the punky bike gangs that build those sky-high mobile art installations and the 9-5 works from nearby offices.

The two first arrived in Minneapolis from Los Angeles with the idea to open a hip little restaurant where they could put Melgaard’s keen eye for design in play with Kim’s considerable culinary chops. After searching for the right place to call their home, they decided those plans would have to be changed. Rather than a restaurant, they set up shop at a stall inside Midtown Global Market. A melting pot of cuisines, business, cultures and eclectic Minneapolis neighborhood’s, the location would prove to be fortuitous.

The Left Handed Cook (Melgaard’s nickname for southpaw Kim) would become a darling of the restaurant industry. Other chefs could be seen at the corner talking shop and modern cuisine technique with Kim while critics were swooning over their 21 spice fried chicken. The infatuation bloomed to full on sloppy kisses where backroom groping of their decadent dishes became de rigueur for their growing legion of shameless fans. [Read more about them in one of my past raves at https://lavendermagazine.com/our-scene/slice-the-left-handed-cook/] 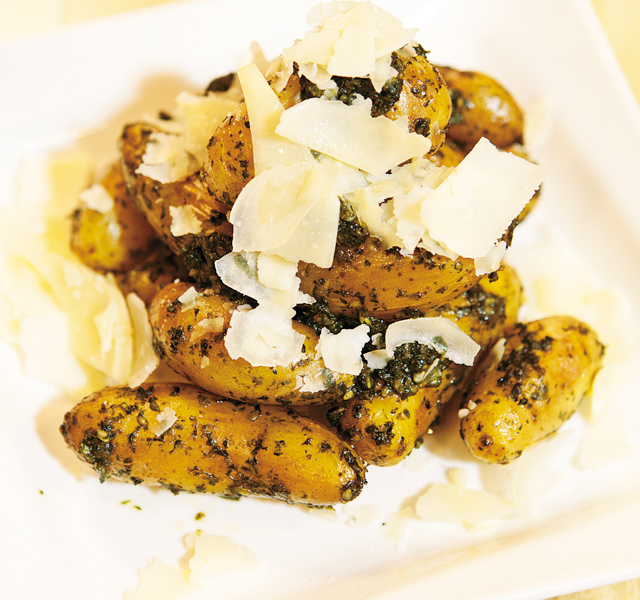 Confit-cooked potatoes with pesto and parmesan. Photo by Hubert Bonnet

Still, the dream of a restaurant with walls and a full liquor license tugged at the corners of their minds. They looked at real estate and were wooed into considering a space closer to home than they had ever considered. At the edge of the open market was a restaurant space that had once been home to a cafeteria-style sushi spot. Walls had been built, enclosing the space as another restaurant planned to move in before those plans fell apart. It was a space in need of the right owners.

The two of them walked through, trying to feel out what it wanted to become. It seemed insane as they already had one restaurant humming along and the two had just discovered that another deadline was fast approaching (the impending birth of their first child.) Together, they locked hands and decided to fully jump in and build their new wonderland.

The tall booths, crafted by Kim are modest enough that they don’t take up too much space, but with their high walls and backs, creates a maze of cozy, private, sort of romantic seating at the back of the room. The kitchen is wide open and facing the door. Guests can choose to belly up and watch Kim along with his line cooks create dishes of vibrant colors, fragrant spice and his brand of twisted takes on Asian street and comfort foods. One preview dish we tasted was duck-fat fried mochi – rice cakes like dumplings, bathed in a bright red sauce that was entirely new, yet tasted like a Korean gnocchi. They also have dishes more familiar to the onion ring/hamburger fans, perfect for pairing with an ice-cold Fulton brew. 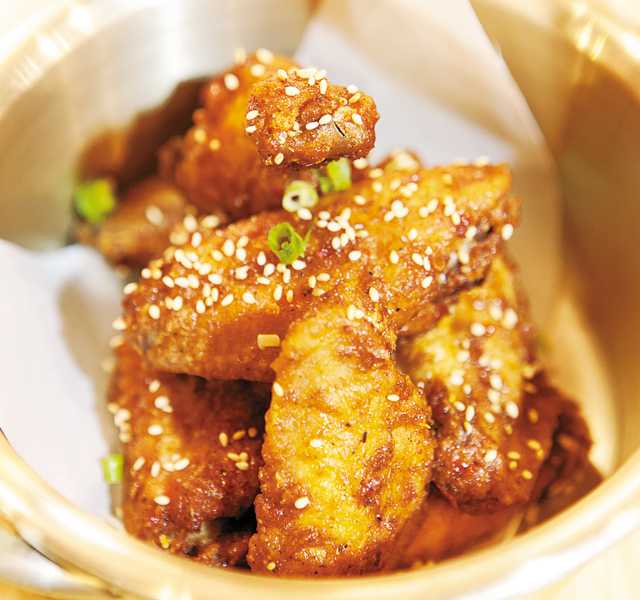 They’ve also installed a full bar, accented with steam-punk looking light fixtures. The goal was to capture the fun vibe of communal dining on the streets of Korea with a Midwestern date night destination and give it all the soul of a dive bar.

Winding through the bars and booths is a bit like walking a maze where something wonderful might wait around every corner. 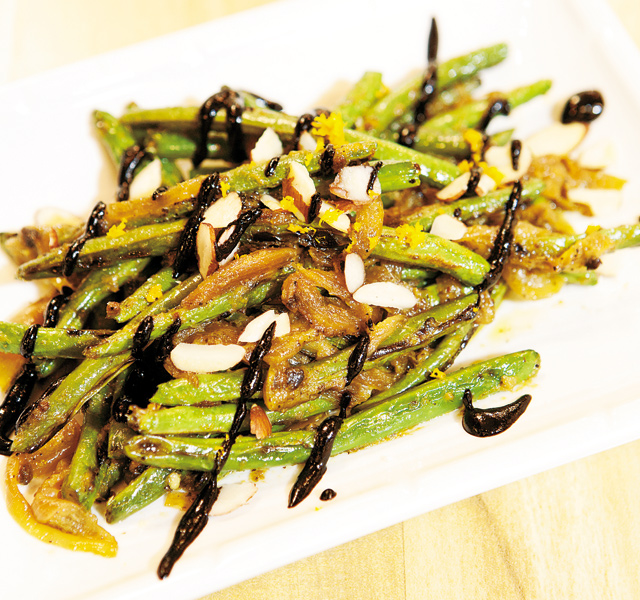 It won’t be hard to eat your vegetables. Photo by Hubert Bonnet