Slice: The Beer Dabbler at Pride 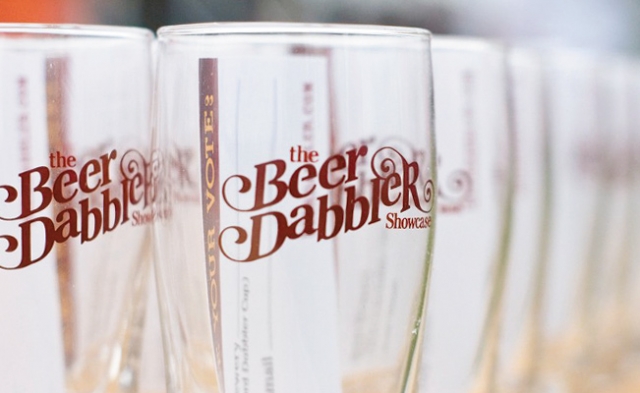 It’s time for PRIDE—our official kick off to this fabulous summer and the opportunity to fly those freak flags at full mast. Let’s rock it out in Loring Park by celebrating with beer and food. Join us for the first annual Beer Dabbler at the Twin Cities Pride. From 5:30 to 9:30 on Friday June 22, Loring Park will be packed with the finest local brews and a veritable fleet of food trucks. I’m here to testify, not a clunker among them—all the trucks and brews are tasty and expertly paired.

Tickets are $35 in advance or $45 the day of (Beer Dabbler events do tend to sell out, so here’s my nudge—honey, get on the stick and order those tix here: http://www.thebeerdabbler.com/festivals/pride-fest/buy-tickets).

In addition to the brews and food, the event will feature live DJ Jake Rudh, Apollo Cobra, a Silent Disco, and more. Tickets to the event will include a commemorative glass, ready to be filled with all the beer your heart desires.  Food will be extra; each truck will be preparing one dish for $3 to pair with the beer in addition to other menu offerings.

Here’s a run down of all the trucks and brews for you to sample.  Hope to see you there! (I’m warming up my disco moves now—you should be dancing.)

Barrio Taco Truck upscale tacos paired with Cold Spring beer.  With brews like their summery Cold Spring Honey Almond Weiss, an American-style wheat brew, they’re sure to cool any fire from those spicy devils at Barrio.

The Cave Café serves a combination of Afro-Italian cuisine. They’ve got both curries and Phillies. An interesting combination of power-packed flavors made for beers that won’t cave under pressure. Lake Superior Brewing Company hails from chilly Duluth (home of the un-ironically bearded brewer). Their assertively flavored brews won’t back down to any cuisine.

Chef Shack were the pioneers of high brow cuisine served curbside. It makes sense that they’d be paired with Harriet Brewing, leading the way in local breweries, being one of the first to feature a food truck parked outside while they’re open and serving to the public. They are both tasty trendsetters.

Fork in the Road food truck is run by two feisty, gorgeous ladies who grew up as lifelong best friends– practically sisters. Paired with Badger Hill, a brewery started by two brothers, it all makes so much sense.  Plus, anyone who has tasted Fork in the Road’s slow roasted pork knows that it’s just crying to be paired with frosty brew.

Foxy Falafel has the best falafel in town, no question. She’s also got the best pickles. And the best smoothies, and the best kombucha, and, well, it’s possible there’s nothing that Erica Straight and her lovely crew can’t do. She’s a hardcore food nerd in the best possible way, so it makes sense that she’s been paired with Lucid Brewing, a company founded by self-professed beer geeks. These experts could explain down to every molecule why what you’re tasting is so good, but are also fluent in yummy noises.

Gastrotruck is run by a chef with fine dining chops. Their succulent braised meats (often spiked with craft beer) are given just as much attention and care as their vegetarian and vegan dishes. Brau Brothers beers are often highly unique, high-brow brews like their raw barley beer, Bohemian Soup or the Rye Wyne brew, finished in Templeton Rye Whiskey barrels.

Hola Arepa has been a critical darling, serving their tender arepas (a fried corn cake) stuffed with ingredients infused with time and love.  Lift Bridge Brewery was also met with swoons and raves when they released their Farm Girl Saison. Two great tastes, together for the first time.

Messy Giuseppe specializes in Italian American favorites like their signature take on a sloppy Joe; the Messy G is a four-napkin sandwich affair. Their food is as tasty as it is delightfully messy, made even more hearty when paired with Rock Bottom Brewery beer.

Natedogs‘s Nathan Beck is a beer fan. He makes his own mustards and often spikes them with a bit of local brew. He’s worked closely with Summit in the past, spiking his deliciously twangy condiment with their beers, and I expect he’ll do it again this weekend.

Neato’s Burgers specializes in those drive-in style burgers reminiscent of days when sitting in the “way back” of mom and dad’s station wagon was still an option. Served alongside duck fat-cooked French fries, the only thing missing from the equation is a frosty brew: enter Surly.  A Bender would be a perfect taste partner.

Potter’s Pasties are Cornish-style hand pies, flaky crust wrapped around all matter of fillings and ideal for eating and wandering.  Rush River brew their beer the old fashioned way, creating unpasteurized and unfiltered ales.  These two show why classics with a modern twist never go out of style.

R.A. MacSammy specializes in creamy, cheese comfort via their custom made mac and cheese. A little bright, crisp Finnegan’s blonde ale would balance and cut through that wonderfully fatty cheese and buttery flavor.

Simply Steve’s serves up his food any hour of the day—one of the few trucks to offer breakfast—like their hard-to-resist breakfast sliders. Herkimer beer is another crowd pleaser, serving their brews to the Uptown crowd with a flavor to serve every drinker’s palate.

Stanley’s on Wheels might have made their paring the easiest by adorning their truck with two cans of Schell’s brewed Grain Belt Nordeast. Nachos and beer: this one is my kind of no-brainer.

Vellee Deli has won the hearts of the Twin Cities with their fusion foods like their curried burritos and delicious Bahn Mis. It’s fitting that food inspired by the great, round world would be paired with a little Flat Earth brew. A little Angry Earth meets Korean BBQ sounds like a perfect bite to me.

West Indies Soul Food specializes in food so deliriously blazing in spice that it’s good to enjoy with a beverage nearby. What better elixir to cool the red hot heat than something from the frozen wilds of the Brainerd Lakes area?

World Street Kitchen is a leader among trucks, serving chef-made food (from Sameh Wadi of Saffron) and now at the forefront of trucks opening their own brick and mortar stores (watch for theirs coming soon to Lyn/Lake.)  It makes sense that they would be paired one of the breweries that led the charge to pass legislation allowing them to open to the public. Fulton was one of the first to open and feature a food truck parked outside their North Loop brewery. Two of the best in the business, together and serving us.

Bahn Mi are the new burrito—they’re everywhere and packed with all sorts of tastiness. The Vietnamese sandwich is popping up at all sorts of eateries, but YumMi Bahn Mi is the only food truck (or trailer) exclusively selling these tasty sandwiches.  Lucette Brewing is also a relative newcomer, but their brews have won plenty of fans. With their cheeky names like the Farmer’s Daughter and Slow Hand, they’re a ripe match.

No meal is complete without a little sweet treat. A Cupcake Social brings just the right amount of sweet to their tiny cake treats. They’re also just the right size, easily walking down the fine line of frosting to cake ratio. Moist with just the right amount of decadence, these make a great dessert. Pairing cupcakes with beer might not be an obvious choice, but Central Waters brewing was the first green-powered brewery. They’re used to blazing tasty trails.

*Vendors are subject to change 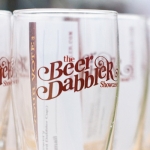 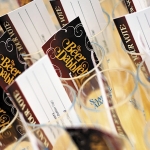 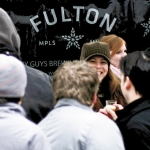 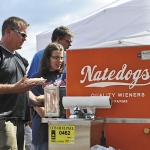 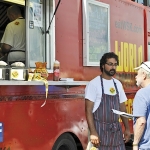 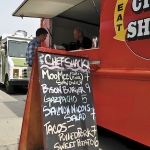 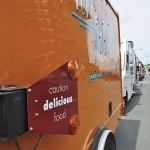 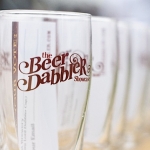 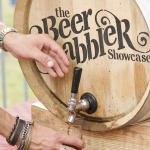 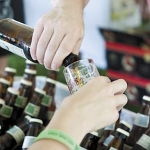 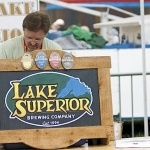 The food trucks continue to tumble out of kitchens and into the streets all over town. New ones worth checking out are the Sushi Fix truck in Minneapolis—try the squid salad. Trihn Catering is in St. Paul with bahn mi on exquisite baguettes.

Speaking of the food trucks, the World Street Kitchen truck, run by brothers Sameh and Saed Wadi is getting a permanent home. At some point before the end of the year, they hope to open on the ground floor of the Greenleaf Apartments just off Lyndale and Lake Street. The brothers also own Saffron in the warehouse district. Expect the food to be like the truck, plus more. Imagine the lamb belly topped with a poached egg. Yummy rice bowls available at all hours. I can’t wait.

The Devil’s Advocate is now open in what was once The Inn, then Subo, and before that, Hell’s Kitchen. Boasting one of the most extensive beer lists around and menu packed with balls. That’s right. Balls. Mostly meaty (beef, pork,  salmon, falafel) with your choice of sauces like gravy, Pomodoro, yogurt, and pesto. Just say it with me now, balls. Can’t wait to check this concept out.