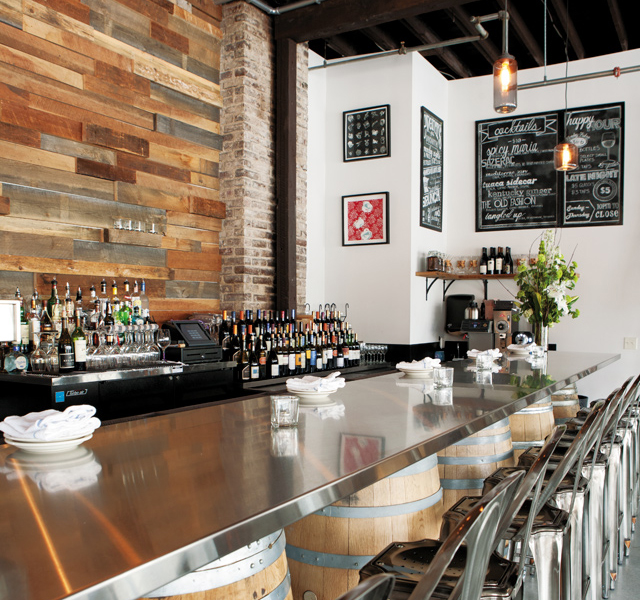 It was never Katie Greeman’s dream to open a wine bar. It was just that everything fell so perfectly into place. Now, with the move from the original location into a space that used to be a cycle shop, this incarnation of Spill the Wine somehow feels just like it was meant to be here and exist in this time.

It began when she worked at Bar Abilene. An ambitious friend was a 22-year-old house flipper who needed some plumbing supplies. As she headed into a shop on Washington Avenue, she noticed a restaurant space for sale. “You should get it!” she goaded Greeman.

Katie went down to look at the space: rough, dusty, in an under-developed part of town and yet something just felt right.  When she got into the car with Karl Greeman the man who would become her business partner (and husband) the song Spill the Wine by War came on the radio. “He was older than me and I’d never heard the song before,” she explained. “He said, ‘You’re opening a wine bar! It should be called Spill the Wine.” 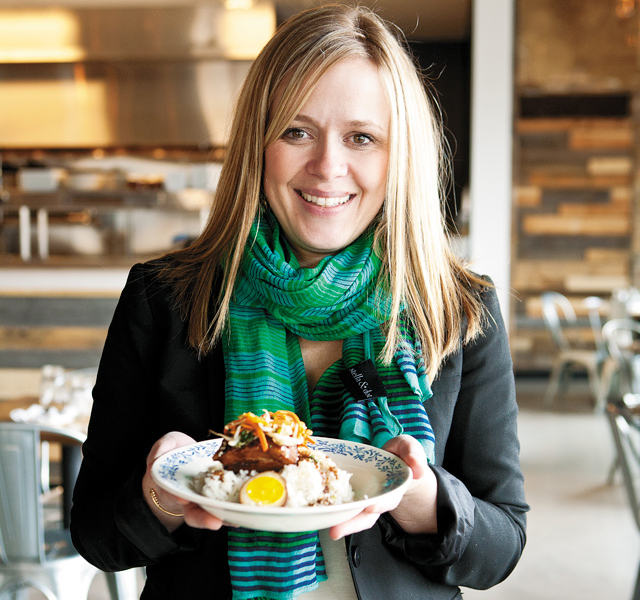 The two were mobilized. Greeman, who knew little about wine, reached out to every expert she knew. She studied and traveled all over the world using her very last penny to educate herself. What she lacked in wine knowledge, she made up for in business acumen. She finagled loans, tripled them and then paid them back ahead of schedule. She worked and pushed, got married, built a business, built a life, became a mother and then tragedy struck. Karl passed away in his sleep from what would later turn out to be a cardiac event at the young age of 42.

Unfortunately, life doesn’t stop moving just because your world is falling apart.  Chef Craig Johnson had only worked at the restaurant for a short time.  A natural do-it-all-yourself-er, Johnson stepped up and made certain that Greeman’s customers were seamlessly cared for. The two had known each other for years, and his addition to the restaurant staff was another fortuitous fit. As time marched on, Greeman would at first manage to stumble into the restaurant to make the bank deposits and payroll. Slowly, she found her footing again.

All the while the business remained successful. Part of that success was their loft space, which could be rented out for private events. It did well enough for the building owner to notice. He decided to stop renting the space to Spill the Wine and instead rent the space out for events for his own profit. The problem was that the space had no private entrance. Guests would arrive and make the assumption that their event was at Spill the Wine. Makes sense, as they were walking into the restaurant, under their sign, past the wine bar and up the stairs. It led to some awkward conversations for the Spill the Wine staff and these event guests. The relationship between with the building owner continued to deteriorate until one day in July, Greeman reached the breaking point. It was time to move. 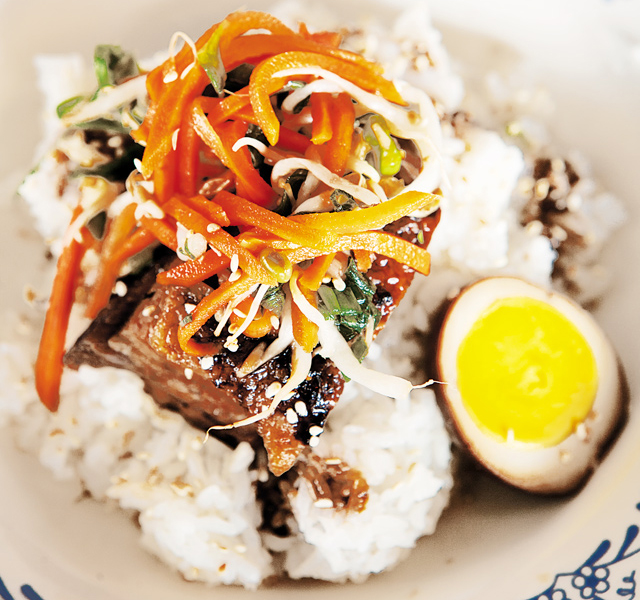 Serendipity was not done with her just yet. She reached out to a friend who simultaneously reached out to her. He had a new restaurant space in need of a restaurateur.

The interior is filled with reclaimed wood, refurbished tables and delicate touches. The room is wide open, accented by art from a local artist. The bar is supported by giant wine barrels. A dark wood ladder allows staff to access higher stashed bottles. The entry way is marked by a small couch with color-popping accent pillows and an aquamarine water dispenser. When I asked Greeman which design firm she worked with, she answered, “Pintrest. It’s entirely ideas I found there. I was constantly printing pages and sharing them with our contractors – I must have driven them crazy.” Behold, the modern era. When the weather is warmer, the windows along Bryant will open up and soon there will be a pergola-topped patio out back with sixteen seats.

The food is conducive to hanging out, plenty of small plates to share. Chef Craig Johnson grew up in Orono before traveling for school, working in the restaurant industry and eventually getting his formal culinary training in Oregon. He returned home to stage under JP Samuelson at D’Amico Cucina. He also worked at Café Lurcat with Isaac Becker. All of his culinary experiences are found on the menu. There is Mediterranean and Spanish influence. The smoky, charred octopus is tender and delicious. The lamb neck with nettle pesto (nettles brought direct from the Pacific Northwest) will only be available for a few more weeks and you owe it to yourself to get in there and sample some. The tres leches cake with passion fruit and little squiggles of lime zest has inspired such a devout following that has been expressly forbidden by staff and customers never to tweak. 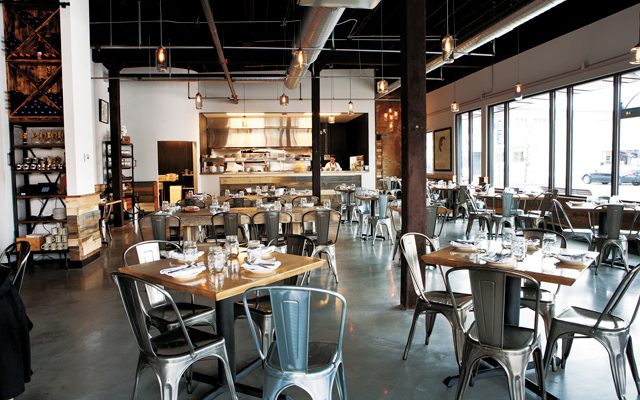 The flights are good for wine geeks as well as those who would like to learn more. Greeman changes the selection every few weeks. There’s a super Tuscan, giant-flavored Italian red available for just $12 a glass. They have a wine club, where guests buy-in for $25 and get one free glass of wine per visit. There is so much wine and a full bar! The cocktails mix classics, old favorites from the former location and new creations – often done by Johnson.

It’s only been a couple of weeks and already, the restaurant hums with an infectious energy. While it’s been a bumpy road, it does appear that everything at Spill the Wine has worked out just the way it was meant to be. As for Greeman and Johnson, two old friends who have lived through death, parenthood (Johnson has a young daughter from a previous relationship) and a major business move, the two are now engaged to be married. Just one last perfect fit. 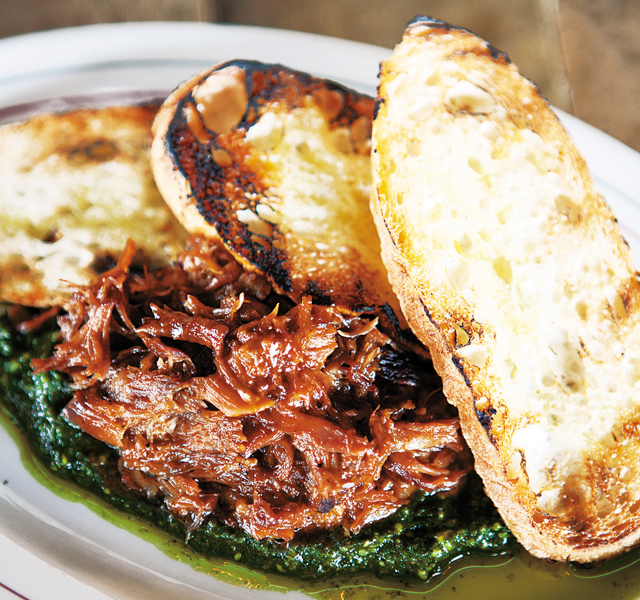 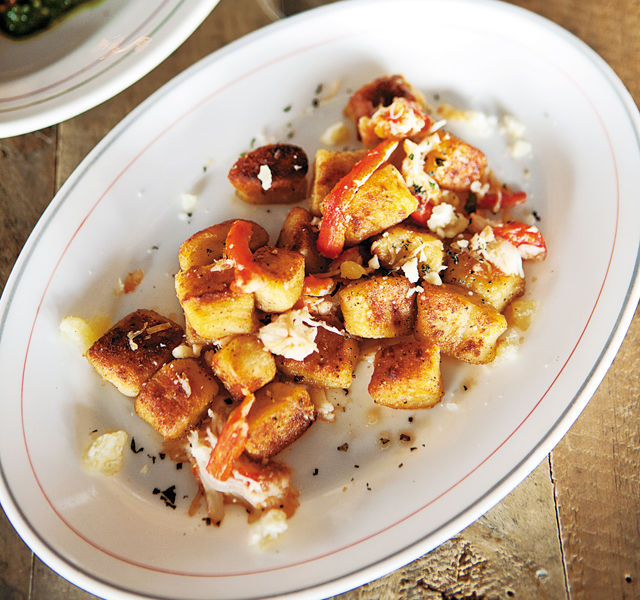 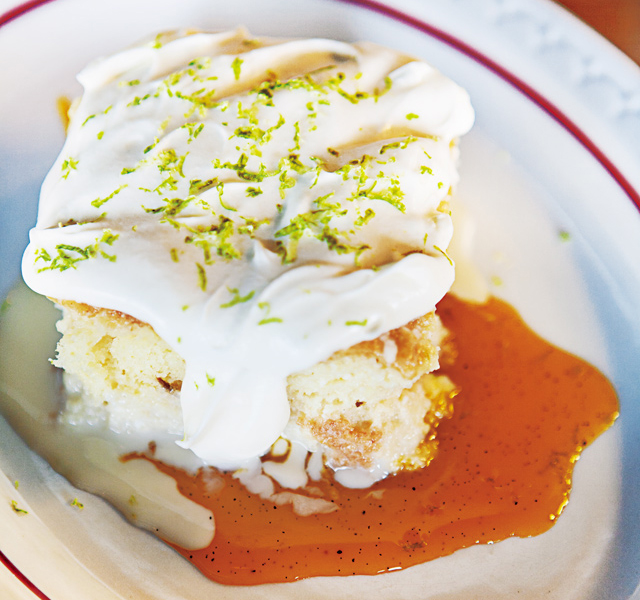 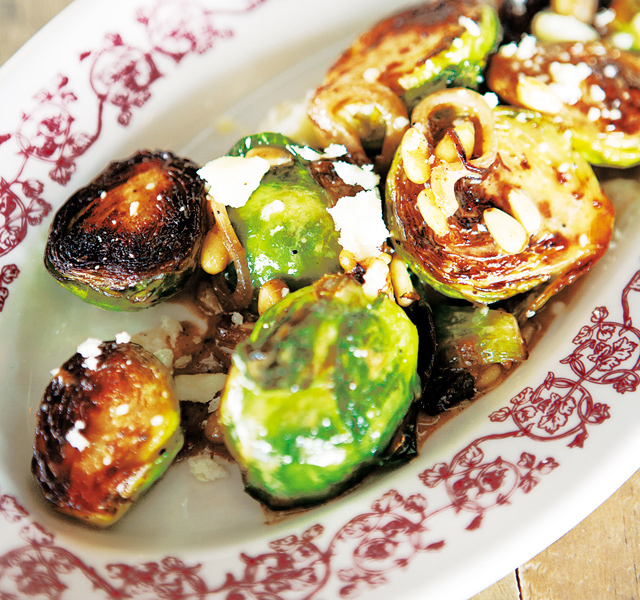