The concrete walls and floors stay cool to the touch, even on the hottest day. A section of corrugated tin shields the bar. Windows line the walls, allowing for light to play across the mod white chairs while the staff minds every table. There’s a clink of glassware and a steady, low hum of active conversation. The greetings are immediate and a table is quickly procured. This is Saint Dinette and it has been a long time coming. 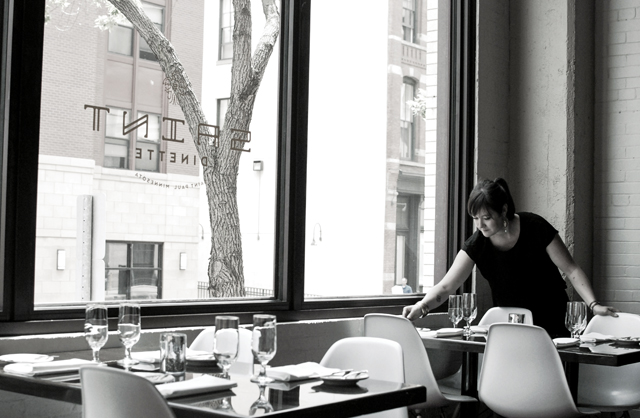 Laurel Elm sets up for service. Photo by Joy Summers

Tim Niver and J.D. Fratzke have worked tirelessly to create this Lowertown St. Paul corner spot where the neighborhood can gather and share a meal. The vibe is elegant enough for a special occasion, but not so stuffy that regulars can’t pull up a barstool and hang every other night of the week. The name came, in part, from the memory of a dinette table, that cozy nook inside an eat-in kitchen where Mom would serve eggs just the way you liked them. It has been well over two years that they sought just the right location for this restaurant dream. Along the way they gathered friends and believers in the dream, including Laurel Elm and Adam Eaton.

Elm is an experienced front-of-house whiz, having joined the project after a run as a general manager at La Belle Vie. In addition to being a gracious, easy-going host (not unlike Niver, who’s a legend in the industry for unpretentious hospitality), she’s skilled with a cocktail shaker. The drink of the summer is her creation, the Watermelon Shrub. The drink is as gentle on the palate as a summer breeze, tart and sassy as Blanche Devereaux, and everything worth sipping on a daily basis. The balancing act of spirit, fruit, and basil perfume is just dry enough to go down smooth and clean, one after another. It’s enough to envy those who live in the Rayette Lofts above the space. 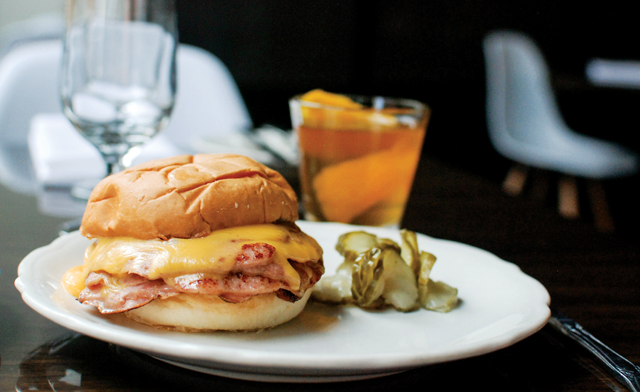 The best Bologna Sandwich ever with Summer Bourbon. Photo by Joy Summers

In the kitchen is Adam Eaton, creator of the greatest bologna sandwich of all time. Eaton and Elm had worked together at La Belle Vie. It was Elm who recruited him to the project, knowing that she worked well with him and likes him enough to keep him around. Like, likes him likes him; the two are engaged.

More importantly, let’s address this bologna situation. Bologna is not supposed to be something you find yourself craving all hours of the day. It’s a late-at-night affair — or a moment of childhood nostalgia. This meat is so beautifully spiced, with a creamy texture that it almost seems unfair for it to carry the same label as the meaty jingle that spells the name. Sliced just a bit fatter than lunch meat, it’s layered atop a squishy St. Agnes Bakery bun and dressed with an oozy cheese sauce masquerading as American cheese. The rest of the menu will change with the seasons and whims of the farmers/producers they work with, but I have a feeling this sandwich will forever be on the menu. 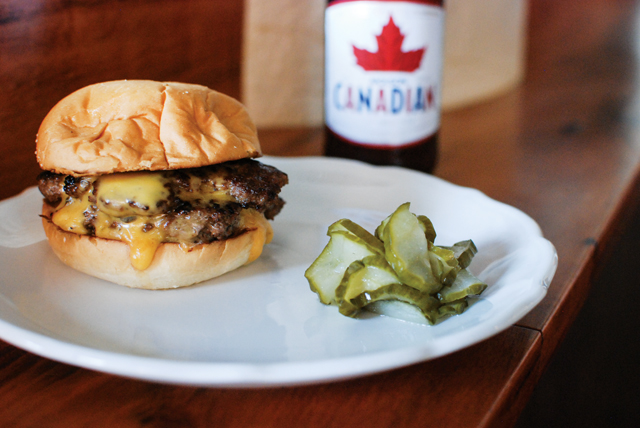 The Cheeseburger is a contender. Photo by Joy Summers

The cheese sauce also drapes itself wantonly all over the burger they serve, double patties of grass-fed, butter-fatty beef also tucked into one of those buns. The dishes are similar and yet, it’s a Sophie’s choice to order just one. How do you pick between the decadent meats?

Contrasting the diner down-home feel of the bun-embraced meats are the elegant seasonal plates, like the pork loaf. What sounds like another version of smushed, mixed meat is in fact a stunner of a dish, kissed with smoke in a delicate pork broth. They claim it’s a take on meatloaf, but the dishes are barely related. This is fine dining excellence with just a little wink-wink-nudge-nudge, know what I mean? 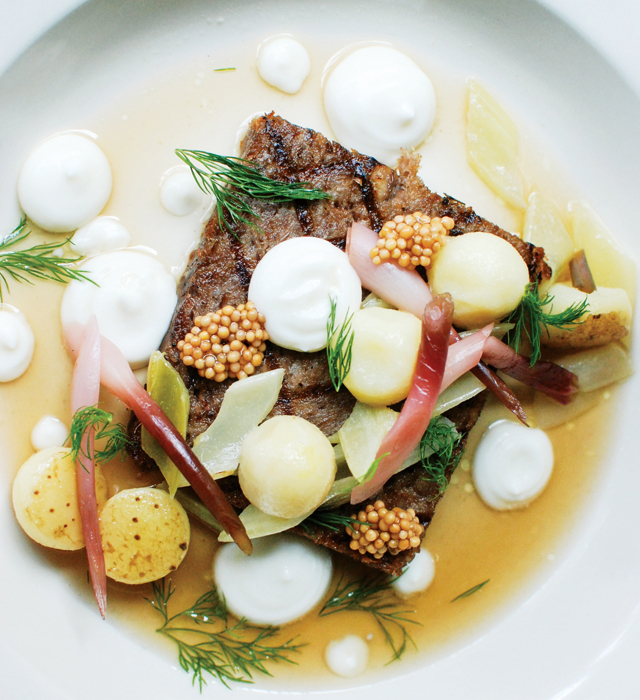 This is how Niver and Fratzke operate. What might not seem to be an obvious connection on paper blends seamlessly into a joyous dining experience. They’ve done this before with The Strip Club, which has grown to become a St. Paul institution. Named for a cut of steak, the menu highlights are the ever-changing small plates that the kitchen dreams up. The steak is the steak and it is always good, but the creativity of the kitchen staff is the draw for regulars. Well, that and the impeccable cocktail menu and excellent service. This duo has worked hard to establish themselves and bring some friends along on their successful run. Both have been at this game long enough that staff who have taken a turn inside those cozy, gothic walls are now spreading out and doing great things for food culture. From Dan Oskey’s Tattersall Distilling Company to far off locations like Puerto Rico, the tastemakers who honed their craft under the guidance of Niver and Fratzke are making their own success stories. It only makes sense that a second restaurant would do that for the next generation.

Eaton’s dishes are already changing, the summer menu is turning from early to peak summer produce. Elm is leading her team in the art of anticipating a guest’s needs. The bar staff is one of the best in the Twin Cities, with drink makers who are a force to be reckoned with. Every meal should begin with a palate-prepping Watermelon Shrub. It’s crisp, clear, kissed with fruit, perfumed with grassy basil and so positively refreshing that it might as well be called the August Antidote. 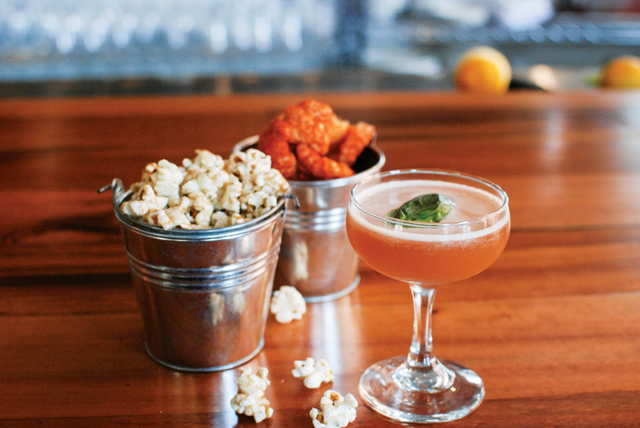 Watermelon Shrub at the bar. Photo by Joy Summers

As the landscape of Lowertown has changed, so too will Saint Dinette as it evolves into the living, breathing entity it’s destined to become. In the meantime, the bologna sandwich, spectacular seasonal plates, and humble-brag style service is hitting all the right notes. It’s the coolest restaurant in the coolest neighborhood in the Saintly city.