Trying to keep track of all these food trucks is surprisingly similar to playing whack-a-mole. Every time I think I’ve got them all down – there’s another one! I look in one direction and three others appear behind me. They’re everywhere!

The trucks mostly stick together in downtown Minneapolis – mainly along Marquette Avenue, or in downtown St. Paul – at Rice or Mears Park.  On special days St. Paul has a few Food Truck Courts (follow them on Twitter with #FoodTruckCourt) the original on Wednesdays, another on Mondays, the Capitol Truck Brigade and a brand spanking new gathering in downtown St. Paul just off Kellogg and Robert that they are calling Lunch by the River. Most of the trucks gathered here are either new, or had a late start last year.

The pasties are the veterans. Cornish pies are packed with various meat offerings that range from traditional steak and potatoes to more creative offerings like a slow roasted duck or Thai red curry vegetarian ($6-8.) My favorite items from these kids are the sausage roll, sweet Italian sausage ($6) and gooey cheese inside their crispy crust, and a Vietnamese iced coffee. Owner Alex Duncan used to live in Vietnam and longed for  proper Vietnamese coffee, spiked with condensed milk. “I live on these,” he said. For only $3, I could, too.

Neato’s Burgers was partially inspired by the loss of Porky’s Drive In. Truck owners Tony Guiterrez and Neal Lenzmeier, self-described “good Midway boys,” were saddened by the loss of the neighborhood institution, known for their burgers. The two knew they wanted to do a truck, so why not fill the void of a great drive-in style burger? Alongside the meat treat, they added some duck fat fried fresh French fries. When dunked in the fresh aioli sauce, they are life altering in a way that only the simplest foods can be.

The Cave Café is described as Afro-Italian fusion food. Chef Teddy whips up a variety of curries, gyros, spinach tibise, wraps, sandwiches and burgers. The portions are ginormous and the vibrant curry is a great way to wake up a snoozy palate. Served with hot pita wedges, it’s only as hot as the diner requests it.  (I went super hot and the hot sauce served with it was phenomenal.)

A Cupcake Social brings an elegant little bit of sass to the party. Now many have declared the cupcake trend dead.  It had a good life, beginning somewhere around Carrie Bradshaw visiting Magnolia fifteen hairdos ago.  Still, is it ever really wrong to love just a little cake? These cupcakes are not to be dismissed. The flavors change weekly, so there’s always something new to try. The cake is beautifully textured, deliciously moist and the butter cream frosting is wonderfully buttery. They walk the frosted line between sweet and saccharine with expert ease. Suzette Herr and Jess Stone are two talented ladies. They also do catering and, oh look at that – it’s the very beginning of wedding season. Do with that information what you will.

Home Street Home truck are the leaders of this new food court. Their truck specializes in scratch cooking using sustainable foods. The grass-fed burger is a specialty and anything featuring some of their braised meats is worth at least one order. The crowd pleaser is the simple goo-a-licious grilled cheese, spiked with a sweet-tart raspberry jalepeno jam. Destiny Buron who co-owns the truck with Daniel Kidd, said that the trucks collected at the new food court were all relatively new to the scene and that they mostly work with local ingredients where possible. She’s clearly passionate about sustainable, responsibly raised foods.

Parked across from the Mississippi River with plenty of space to sit, eat and savor the musicians that have joined this crew, it’s an idyllic summer picnic.

Other trucks of note:

There are so many that are so good, but one of the stand out veterans that needs to be experienced is Sameh Wadi’s World Street Kitchen. Follow them on Twitter at @eatwsk1. The Yummy bowl is a pile of tasty, luscious, loveliness and must be savored. Keep an eye out for Mayor Ryback – this is one of his favorite lunch time spots.

The truck I’m most excited to see this season isn’t out just yet. Foxy Falafel should make her debut any day now. Her falafel induces swooning among vegetarians and carnivores alike. Her wholly satisfying sandwiches, spiked with her house made pickles are the sort of thing I dream about on long winter nights. Add in a little kombucha or a bike pedal powered smoothie and you’ll feel heartily quenched down to your soul. 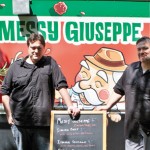 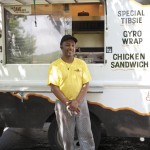 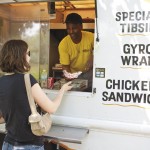 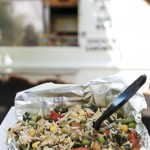 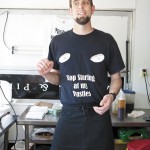 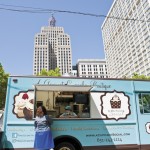 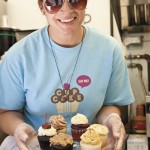 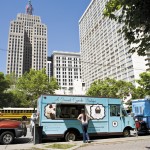 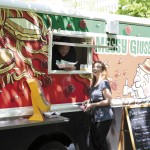 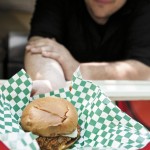 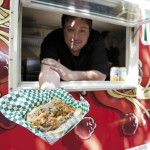 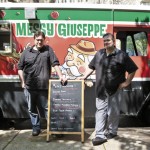 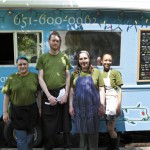 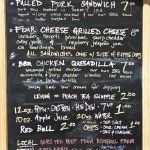 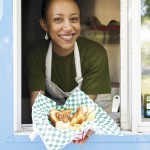 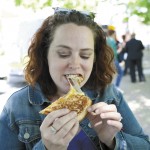 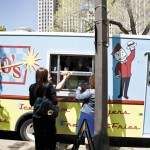 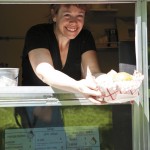 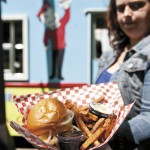 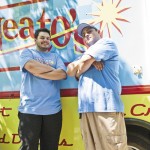 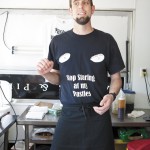 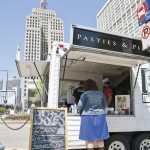 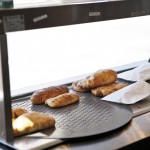 New restaurants of 2012 continue to pop up. The last two weeks saw the entrance of George and the Dragon in the old Blackbird building – a Public House serving plenty of taps and comforting foods with an English bent. Look for a daily curry, bangers and mash and fish and chips.

The long awaited arrival of the Devil’s Advocate in the old Inn/Hell’s Kitchen space. Owned by Erik Forsberg who used to have the Ugly Mug, they have an impressive amount of taps and aim to educate the public on beer the way some of the better sommeliers do with wine.  The food? Meatballs in all their variations and glory.

The Harriet Brassiere is also open in the old Firehouse in Linden Hills which was once Café Twenty-Eight. They’re only serving brunch for now, but will be open all day once the liquor license is finalized. The brunch is ambitious, full of fresh local from-the-backyard produce. So far standouts are the chilled pea soup and a life-changing savory scone.