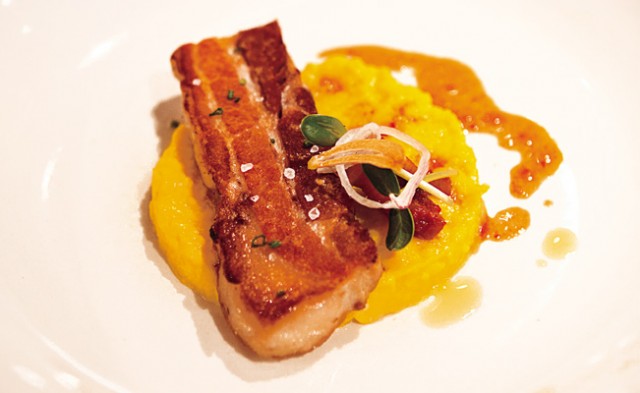 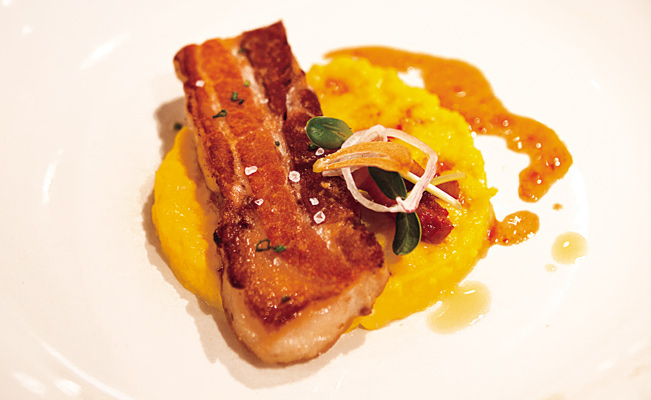 There’s a near-mythical sweet spot that only some restaurants exist in.  That perfect combination of exquisite food and seamless service that creates a wholly satiating experience.  So seldom is the balance perfect that I can name on one hand the number of places I can count on to deliver that little bit of true love.

A couple of months ago a friend of mine wouldn’t stop raving about a place I had to go back and try.  Buzzing like an attractive wasp with designer lipstick, I finally gave in and agreed to go.  Ever since, I’ve been a convert, spreading that good gospel.  The restaurant to visit right now is Corner Table, an intimate café in the Kingfield neighborhood.

You may remember Corner Table as the home of chef/owner Scott Pampuch.  An advocate for sustainable farming, his passion had led him to new endeavors (including an upcoming TV series hosting, “In Search of Food” on Ovation and likely much more).  When he left, it sounded distinctly like a death knell for this little space. Not so. After some staff turnover a new team landed in place that have managed to retain what was wonderful and added their own elegant flair.

Instead, Nick and Chenny Rancone stepped in to run the day to day operations, experts of front-of-house service.  With Chef Thomas Boemer, running the kitchen, the humble spot has been reborn as the dining destination of the moment. 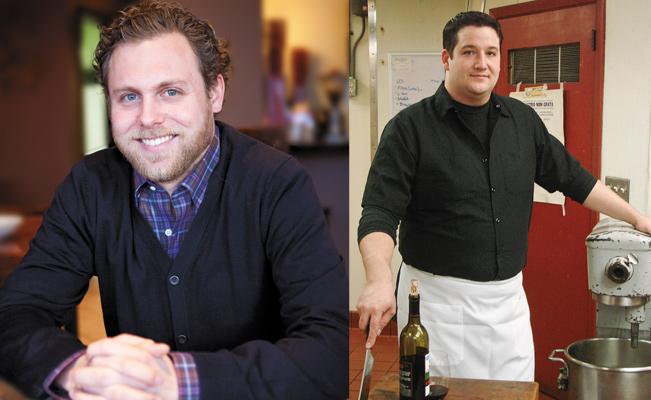 Nick grew up in West Saint Paul before leaving for Chicago to study Poetry and Creative Fiction in college, which he joked, was code for “professional server.” He eventually left school and threw himself wholeheartedly into the art of front of house, working at some old-school steak houses, and studying wine pairings.

Thomas was born in Minnesota, but grew up in the Carolinas.  He recalled when his love affair with food first began.  He’d gone to a friend’s house. His friend wasn’t there, but his mother was.  She was standing over a batch of cut up chicken, soaking in buttermilk.  She dropped each piece into flour seasoned with salt, pepper, paprika and just a little bit of sugar before frying it in a big ol’ cast iron skillet.  She took the time to show him how it was done, which began a bubbling culinary passion.

He worked his way up through the kitchen ranks before setting out for that dusty crown on the Western horizon, Las Vegas.  He’d heard of a restaurant that was opening and, through a friend of a friend, hoped to snag an interview.  The chef was Alain Ducasse.  Thomas spent the next few years working there, learning the strenuous French technique cold.

It was through Pampuch that they found their way to the restaurant. Chenny first worked with Scott at one of his Tour de Farm events and that eventually led to both she and Nick working the front of house at the restaurant.

Thomas had been drifting around looking for the perfect place to land.  He wanted something small and intimate, and while he’d considered opening his own place, he found a home at Corner Table. 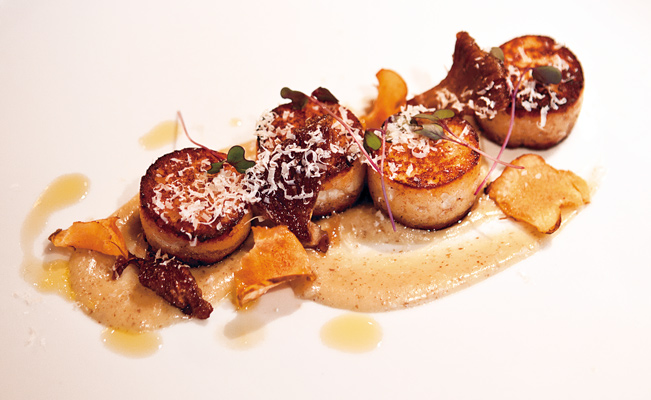 My first meal began with what they playfully called eggs and bacon.  Soft scrambled eggs served with a slab of pork belly that is slowly confited, cooked in a gentle way to preserve the unctuous fat integrity (yes, fat has integrity).  Then, just before being served, the belly gets a quick sear, bringing out that little bit of sweetness, a crunchy exterior that melts into a luscious chew, textured with glorious pork.  It’s served with a bit of spicy, salty, funky, kimchee made in-house and topped with a tiny sliver of crispy garlic.  Even the detail of cooking the garlic isn’t so simple, Thomas lays the slices in cold oil, bringing it gradually up to temperature where the garlic gets just a little crispy and retains its wonderfully intense flavor.  In that one simple dish each bit was familiar, salty, rich and decadent and yet entirely new.  The eggs were so luscious, the curd so tiny, they spread like fine pate on a crispy slice of Lavosh.

The dish that followed was equally stunning in its simplicity, a humble, beautiful cassoulet.  Supple, creamy beans hidden beneath a crust of buttery, brown crumbs. Plunging a spoon in yielded the satisfying crunch of a great crème brulee.

Gnocchi arrived masquerading as scallops.  Fat and crispy, pillow- soft on the interior, crunchy brown on the outside, served over a silken, sunchoke puree, paired with earthen, rich, wood-ear mushrooms, and topped with crisped sunchoke, cooked in the same slow way as the garlic chips.

Each course was paired with a perfect wine. Thomas and Nick work together, crafting the menu both by the seasonal ingredients available and by the wines that Nick brings in.  This included finding a wine to pair with a funky, sweet squash dessert served in a jam jar. I couldn’t even begin to think of how to pair that, but Nick’s choice was spot on. 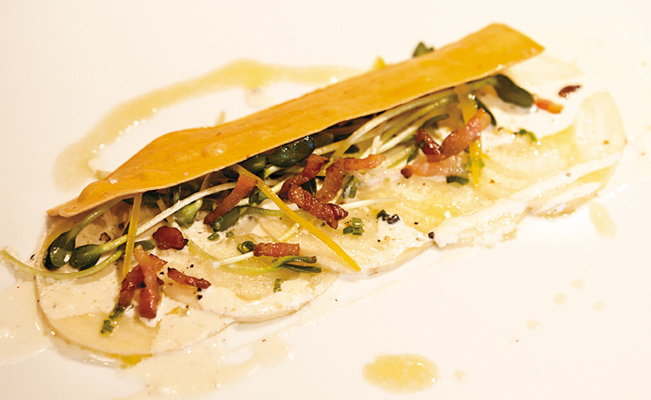 The staff work constantly on developing dishes, and available ingredients can change daily (which is one reason it’s best to ignore the website for anything other than street directions, because the menu is in a constant state of delicious flux).  They describe a dish when it’s ready as “happy.”  When they get to “go to the happy place,” that’s when a dish is ready to be served.

Walking out of the current incarnation of Corner Table feels like a reluctant departure from an elegant, easy, expertly thrown dinner party. It’s not just what they’re doing, it’s how they’re doing it. Such a precarious balance that they’ve achieved; they’ve hit the sweet spot, my happy place.