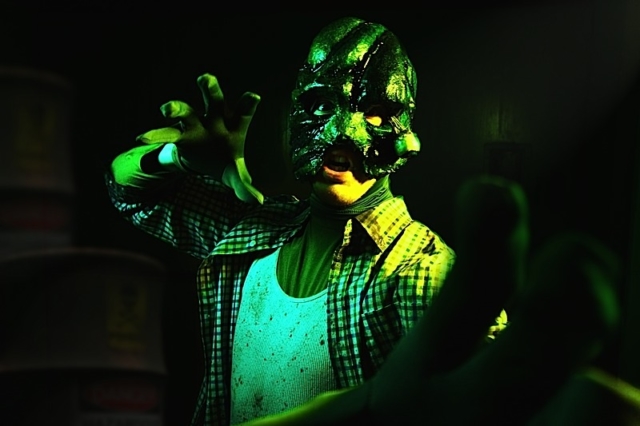 Minneapolis Musical Theatre continues its focus on irreverence with a sharply executed production of The Toxic Avenger, directed by Ryan McGuire Grimes at Phoenix Theatre. When “nice guy” Melvin (a likable Tristen Sima) falls into a vat of toxic matter, he is transformed into a grotesque, but virtuous creature. His new purpose in life is to clean up both the eco-toxins and local corruption in his New Jersey hometown.

Kim Kivens is terrific in various portrayals: the mayor, Ma, and the nun. Christian LaBissonierre and Jordan Mitchell delight in multiple roles including cross-gender ones. Rachel Schmidt is cheeky but endearing as Sarah, the blind librarian. But therein lies the central problem with this musical. It takes too many cheap shots at a disability, not to mention aging.

Music Director Anna Murphy’s band serves David Bryan’s music impeccably. Vocal Director Christian Unser has overseen the vocals of the lyrics by Joe DiPietro and Bryan to lucid effect. The musical is based on the 1984 cult movie classic of the same title.