Skating The Way To Happiness 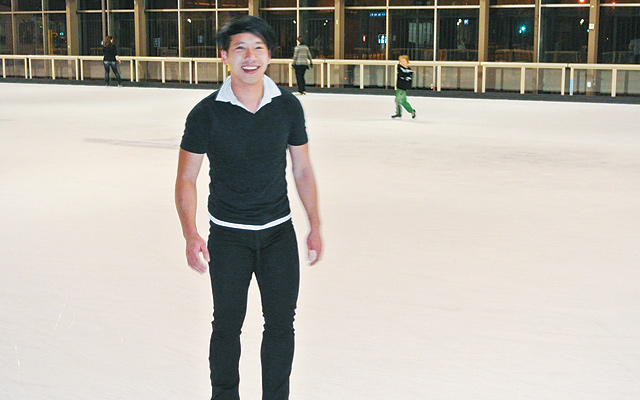 No one ever said following a dream was easy.  For one local Minneapolis man, his pursuit to become a successful figure skater has cost him his reputation and has led him to three suicide attempts.

According to the 2013 United States Adult Figure Skating champion, Tam Bui, a life of bullying on and off of the ice has only fueled him to not give up at the sport that he calls therapy.

Bui, who is a Vietnamese-American said his family does not support his passion for ice skating.

“In the Asian culture, if you’re not a doctor or a lawyer or if you don’t have an education, they really frown upon it,” Bui said.

Bui’s family wishes he would have hung up his skates years ago, like when he was a teen growing up in Memphis, Tennessee.  His family believes he could be so much more.

“I tried studying medicine but I wasn’t good at it,” Bui said. “Skating is the only thing that I do that I’m passionate about and it keeps me active and healthy.” 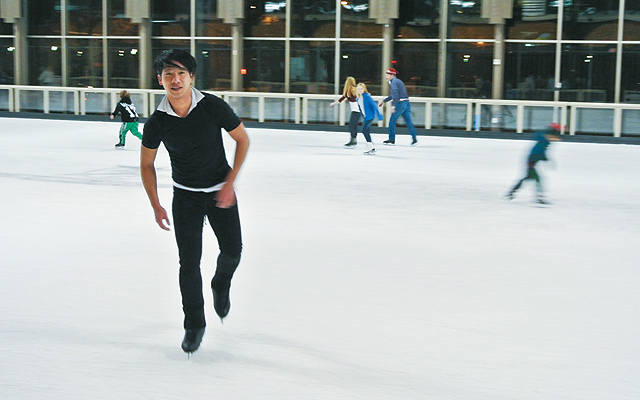 When growing up in the south, Bui says he would get beat up in school and was discriminated against and harassed for being a minority.  Gang violence was also an issue and forced him to graduate high school early, which allowed him to avoid continued abuse.

Bui had a decision to make: agree with the hateful words and cruelty from those around him, or to create a life worth living.

While taking college courses at the University of Memphis, Bui joined the swim team and learned that team sports combined with his competitive nature was a perfect fit.

He was broke, struggled with self-esteem, and concealed his homosexuality.  Despite those challenges, Bui soon took his talents to the skating rink.  For no charge, he was able to practice at a local Memphis city mall and taught himself how to skate.  In time he began choreographing his own routines and created his own skating outfits.

With scars on his wrists, Bui told me in his soft, humble voice that he wishes he would have never attempted taking his own life, but he said it is those experiences that make him a stronger performer. 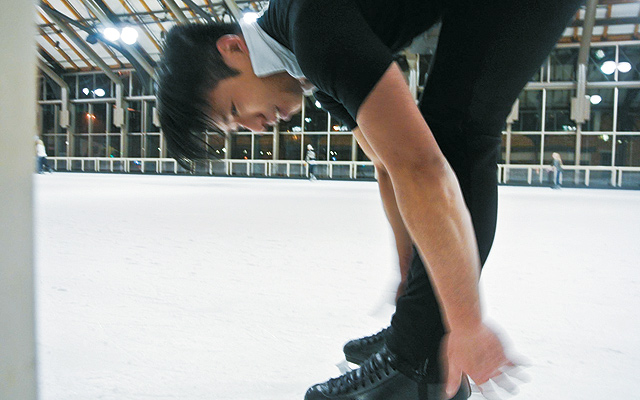 Bui, who is now age 34, said in his early 20’s he moved to Minnesota to begin a new life and start a career as a nail technician.  He has also managed to find several free rinks at which to train.

“People still judge me when I am on the ice.  I get called fag, queer…you know…mean words like that just because I look different.”

I met with Bui at The Depot skating rink, downtown Minneapolis, and I even witnessed skaters calling him homosexual slurs and talking down to the talented skater.

When I asked Bui how those words made him feel, I was blown away by his response.

“When people call me those names, I feel bad for a second, but I just remember that I am on the ice and I forget about it.  I just keep skating.  It’s more embarrassing when I fall…at my age you don’t heal like you used to,” Bui laughed.

He told me his has found a purpose in life and that is thanks to the skating family, as he calls it, which he says is amazing and very tight-knit.

“It’s like a family reunion when I see them…they are very supportive.  They love you unconditionally, which is very different from the real world,” Bui said. 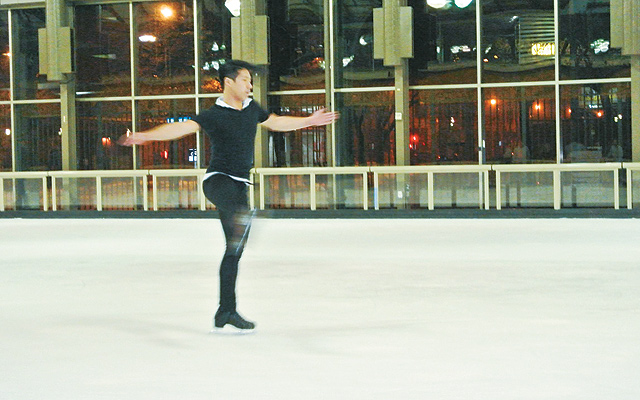 With scars on his wrists and quiet demeanor, Bui said,  “I don’t give up anymore.  I think about it, but it will never happen again.  I want to give others a reason to live.”

With sponsors such as Rainbow Road, Lotus Restaurant, and others, those funds help pay for his flights to competitions in other cities, such as to his recent win in Scottsdale, Arizona.  Bui sells artwork at Rainbow Road and on his website buiphotography.org, which also helps fund traveling expenses, hotels, and food costs.

The professional figure skater trains four days each week and two to six hours a pop.  Despite the negative reactions by some, Bui says he’ll never stop skating.

“Someday I want to be a coach.  I want to teach others how to be a great skater, but no matter what people say about anything you do or dreams you pursue, don’t hurt yourself.  Get help if you need it.”

I asked Bui why he gets on the ice every week, what is it that he finds so motivating.

He responded by telling me “It’s my never ending fight to be happy…and I am.”