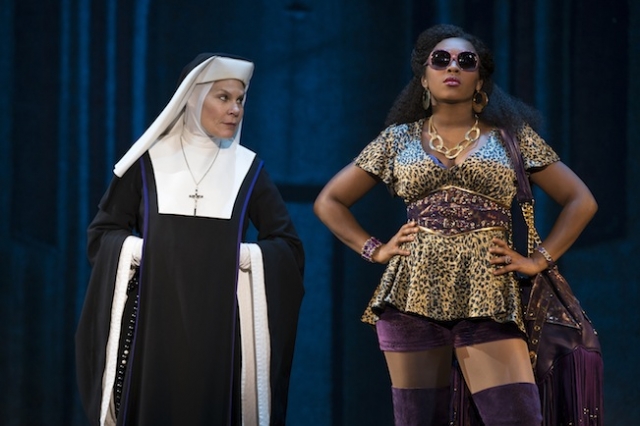 Tony-Award nominee for Best Musical (2011), Sister Act, is raising the roof at the Orpheum. Leading lady Ta’Rea Campbell loves the original music by Alan Menken. She shares “my favorite number to perform is Raise Your Voice. It’s the song where Deloris is encouraging the nuns to break out of their shells and sing out loud and proud! People may be surprised to know that all new music has been written for the musical. The show is also now set in 1977 and the score is filled with tons of funk/disco music with a strong horn section and driving beats!”

Charles Barksdale, originally from San Antonio, sees his role as TJ as “a silly guy who likes to laugh alot and he’s a bit of a jokester. TJ always has something else going on in his head, yet he is very simple and does just what he’s told…mostly.” Some of Barksdale’s personal performer favorites include Vera Ellen and Brandy, as well as Sandra Bullock and Jason Alexander. He says to watch for up and comers like Jeremy Jordan, Natalie Weiss, Anna Netrebko, and Tyce Diorio.
Sister Act
Through June 1
Orpheum Theatre, 910 Hennepin Av., Mpls.
(800) 982-2787
www.HennepinTheatreTrust.org