Singing To The Tune Of Justice

Kevin Deese joined the Navy as a midshipman during the era of Don’t Ask, Don’t Tell. Photo courtesy of Kevin Deese 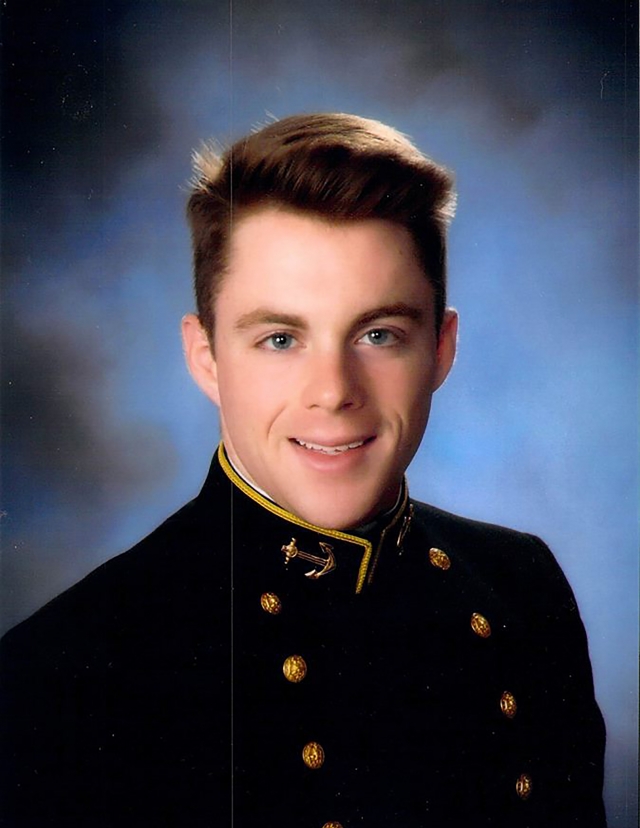 Kevin Deese is currently a plaintiff in a lawsuit to challenge the policies of the Defense Department that block people living with HIV from enlisting. Photo courtesy of Kevin Deese

Twin Cities Gay Men’s Chorus member Kevin Deese talks about his fight for the right of HIV-positive people to serve their country.

Growing up in suburban Orlando, Kevin Deese always viewed himself as living in the shadow of his older brother, who was his personal hero. As a kid who was drawn to the performative realm of musicals and plays, Kevin never realized that his brother’s example would draw him to an entirely different world: the U.S. Navy.

“(My brother) dreamed of being a Navy pilot ever since he saw Top Gun when he was little, and serving in the Navy became my dream, too,” said Deese. “So it was only natural for me to follow in his footsteps and go to the U.S. Naval Academy for college. At 18, having spent most of my time working my butt off in high school to get into the Academy—and therefore not much time on the question of whether I was gay that always lingered at the back of my mind—I joined the Navy as a midshipman during the time of Don’t Ask, Don’t Tell.”

Deese admitted finding himself drawn to the world of the military was unexpected, but after seeing how much the Navy made his brother a bigger and better person, Deese wanted the same.

“I saw how the Navy and the Naval Academy just made him stand taller, and I understood that he had become part of something bigger than himself,” said Deese. “As I grew older, I came to more deeply appreciate what his service meant, and I grew in my desire to serve in the same way. When it came time to decide between colleges, I chose the Naval Academy because I wanted to serve as a commissioned officer of the U.S. Navy and live a life of service.”

But before that dream could come true, Deese felt the ground disappear from under his feet when, after a routine blood test in 2014, he discovered that he was HIV-positive. As if that revelation wasn’t difficult enough, Defense Department regulations prevent people living with HIV from enlisting or being commissioned as an officer, denying Deese his dream of serving as a Naval officer.

“Learning that I was HIV-positive would have been difficult enough,” said Deese. “But to hear in the same breath that I would also be blocked from commissioning and fulfilling my obligation and dream of serving? I was devastated. That was the darkest day of my life, and I had no idea how I was going to move forward with my life. I was falsely told that there was no way to pursue a waiver to commission, that it was a done deal and I would be medically discharged in due time.”

After a year, Deese attempted to pursue a waiver to commission with the Navy, backed by the entire chain of command of his Naval Academy. That waiver was ultimately denied by the Pentagon in 2017. After this setback, Deese decided to attend the University of Minnesota’s Carlson School of Management and the Humphrey School of Public Affairs.

“While in school, I have worked with JustUs Health to develop employment programming and services for people living with HIV, as well as working in a peer support role for gay and bi men living with HIV,” said Deese. “I also recently joined the Board of Directors of Clare Housing, where I am looking forward to being part of the strategic thinking of a forward-thinking AIDS service organization that knows the importance of serving the holistic needs of people living with HIV, starting with stable housing.”

Kevin Deese joined the Navy as a midshipman during the era of Don’t Ask, Don’t Tell. Photo courtesy of Kevin Deese

It was around this time that Deese joined a lawsuit that challenged the very policy that denied him commission into the Navy. Along with another plaintiff who was similarly prevented from being commissioned by the Air Force due to his HIV status, Deese contacted OutServe-SLDN, a network of GLBT military personnel serving as a GLBT employee resource group, and told them of his predicament. Utilizing Winston & Strawn as pro bono legal counsel, OutServe filed suit against the Defense Department to challenge the policy that keeps people living with HIV from serving, and was later joined in the suit by Lambda Legal. According to OutServe and Lambda, the suit is asking the court to order the Navy and Air Force to prohibit using HIV as a consideration in commissioning service members who are living with HIV.

“I had reached a point where I was no longer willing to have my life controlled by stigma and fear, which is what had been keeping me from pursuing this option previously,” said Deese. “I knew what happened to me was senseless and wrong, so if I had the opportunity to hopefully ensure it doesn’t happen to anyone else and to educate people in the process, then that was the right thing to do.

“The thing is that the policy under which I was denied a commission and discharged is not based in science and fact, but in stigma and fear,” Deese continued. “Moreover, people living with HIV today should be living full lives. The advances in care that have brought us to where we are today were won on the backs of activists who fought and often died for this disease before people starting paying real attention to HIV as a serious public health crisis, and those of us benefiting from those advances owe it to those who came before to not let HIV get in the way of achieving our greatest dreams. For me, that dream has always been to serve in the Navy.”

While the lawsuit is currently stayed until June, according to Lambda Legal counsel Scott Schoettes and OutServe policy director Peter Perkowski, the government admitted that it had not properly followed procedures in discharging both plaintiffs. If the case is not resolved by commissioning both plaintiffs, the suit will move forward.

In the meantime, Deese has found a new outlet for himself as the case continues: a spot with the Twin Cities Gay Men’s Chorus.

“I grew up singing in school and community choirs, including in the U.S. Naval Academy Men’s Glee Club,” said Deese. “Singing has always been a passion of mine, and to have the opportunity to share that passion with my brothers in song in the Twin Cities Gay Men’s Chorus has been not only been a creative outlet for me, but a source of healing, support, and personal growth.”

Deese said that he was inspired after attending TCGMC’s spring concert “Rise Up”, where he said he was moved to tears by songs of social justice and protest. He decided to join afterwards, and he said it gave him the courage to be more “out” about his HIV status.

“I also want other people living with HIV who come across my story to know that this virus does not define their worth, nor their potential in this world,” said Deese. “We are just as worthy of our dreams as we were the day before we were diagnosed. That was true also before the state of HIV treatment got to the point where we are living full lives without risk of transmitting the virus to others, but now, we all owe it to ourselves even more to get out there, live our lives, and make the positive difference in the world that we were always meant to make.”