Siblings, Gay and Straight, Wrestle With Parental Demons in the Powerful New Play, “Dogwood” at the People’s Center Through Saturday 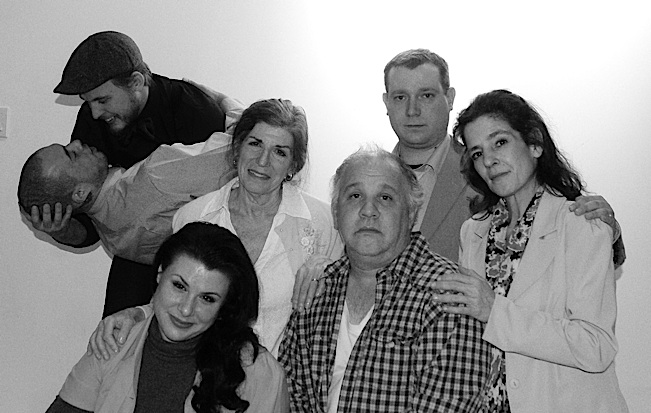 Seraphian Nova, who you may remember as Seraphina Richardson, made a very strong impression a decade ago for writing Found Naked and Androgyny. In 2014 she’s in top, and even better, form with Candid Theater Company’s premiere staging of Dogwood. It’s one of those plays that can be seen, reviewed, discussed, etc. on many levels. The one I will focus on is how it reveals the impossibility of trying to change a person. Moreover, it’s not so much the conservative parents in this family-driven play, but the more liberal offspring that cannot let go of the wounds of decades past. In this sense, Dogwood is a groundbreaker. Being more open-minded about certain subjects doesn’t necessarily make you emotionally mature.

At the Dogwood family household, Independence Day has always been celebrated with a big meal more reminiscent of Thanksgiving than the hot dogs and apple pie often associated it with. Patriarch Leo Dogwood (David Roberts), a Vietnam veteran slipping into dementia, sits around the house all day. Nova captures the phenomenon of patriotism as a viral compulsion. In Leo’s case, as with many veterans of his generation, it seems he has on some level, the need to justify the disaster that was the Vietnam War because of a serious injury. Wife Cora (Meri Golden) lovingly looks after him along with daughter Evelyn (Angela Wahlberg). She lives near her parents and is always dropping in to care-take. Therefore, she understands their rhythms and precisely where they are psychologically and medically at any moment. 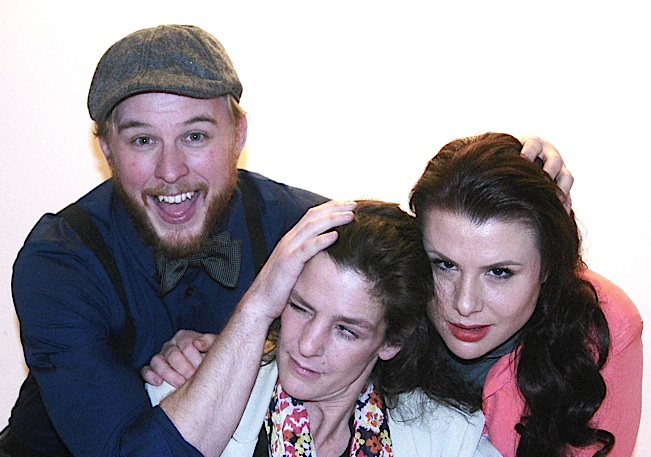 When her two siblings come by for the holiday they heap judgements on her and their parents. Nathaniel (James Napoleon Stone) is gay and closeted and has projected resentment onto his parents’ xenophobia (an easy virtue), though he’s never had the guts to face them ‘like a man’. He’s very much part of the South Park generation of sarcasm (which is actually a tool of cowardly evasion) that foolishly overrates its callous wit.

Years before, sister Rachel (Katherine Preble) stole Evelyn’s heartthrob, Phil (Michael Snyder) and married him. Now, as if paying a karmic debt, she has become miserable lush. However, she has good taste in friends and brings her live-and-let-live platonic co-worker Adrian (Michael Terrell Brown) to the festivity.

However, it may be Wahlberg who really captures our heart. Her Evelyn is vulnerably fragile, yet tenaciously strong. Though the troubling elements of the computer culture are not one of Nova’s overriding intentions, Dogwood, nonetheless, contains a stunning sequence involving Evelyn and internet dating. It would be a spoiler to say more, but its a wrenching highlight in one of the best new plays to come along.