Sexual Renewal at Midlife in the Marvelously Acted “Sexy Laundry” 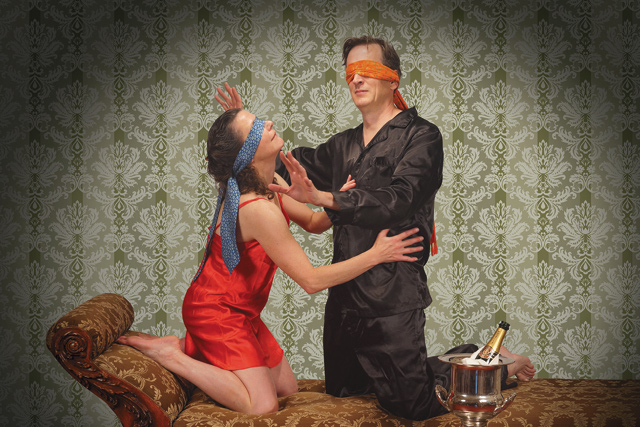 Like it or not, we are living longer and for many of us our libido is still going pretty darned strong. That means, like it or not, you may well be grappling with your sexual desires well into and past middle age. It’s a brave new world for many people and it changes the dynamics of aging in a way your parents, much less your grandparents, would have never imagined.

Michele Riml’s comedy, Sexy Laundry, is a penetratingly hilarious inquiry into insecurities around sexuality and eroticism that can come with age, especially if you haven’t been keeping in the swing of it. John Middleton and Charity Jones give crackling performances as Henry and Alice, a couple whose 25 year marriage has gone from passion to drone-like routine.

Trouble is, Henry’s unconscious of it and Alice is acutely aware that life still has infinite possibilities and she acknowledges that one’s flesh and one’s need for intimacy is part of that. And she wants both and frankly, she’s right to want it. You go girl!

Henry, however, is a corporate zombie, very much of our time, stuck on the price of everything and the value of nothing, as well as his status in the rat race. All things we can all appreciate, yet we know that such attitudes can and will destroy us and those around us.

Director Mary Finnerty has scrupulously steered the actors into illuminating that dangerous territory where honest and bold discussion and interaction about sex and attraction can actually challenge us to change our lives for the better. The actors are thrilling to watch.