Sex, Intimacy, and the Internet Boldly Satirized in New Comedy 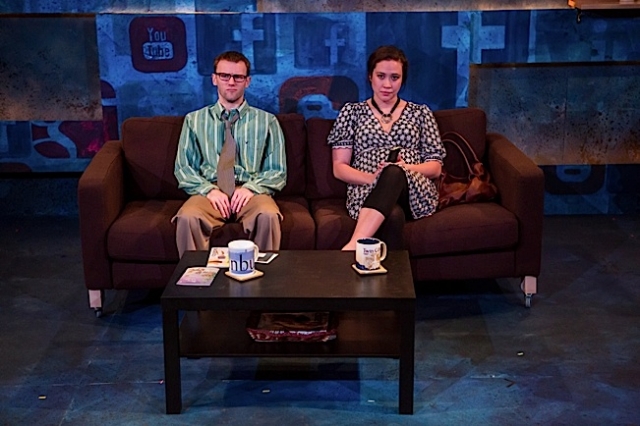 The clash between our Puritan legacy and the sexually anarchic wonderland accessed via the internet is addressed with an aggressively sex-positive attitude in The Sexual Life of Savages, now in a sparkling Walking Shadow production at the Minneapolis Theatre Garage.

Playwright Ian MacAllister-McDonald contrasts two straight buddies’ opposite views of consensual adult sex. Hal (Joe Bombard) is an erotophobic prude. Anyone who has ever had more than a few sex partners would likely be deemed by him as ‘promiscuous’, especially a woman. Clark (Nicholas Leeman) is a confident sexually active man whose significant female other loves to have sex with him and other women at the same time. Obviously, a much more secure and self-realized man, he wisely understands that if you are into out-of-the-box sex you must be circumspect about it. He is also very threatening to audience members who insist that his approach to life can both work and be satisfying. Toward the end of the play Clark has a scene comparable to George Sanders and Anne Baxter toward the end of that great film comedy, All About Eve, when Addison DeWitt finally sets Eve Harrington straight on her immature, misshaped delusions about how the world works.

Clark is made of tough no-nonsense grit. He is reminiscent of men of my grandfathers’ generation but with an un-shamed view of sex that they could never have even remotely dreamed of. Clark embraces a brave new world of sexual possibilities, a new frontier. Like the old cowboys. He understands that there is a larger picture out there in which sexuality is either integrated or not. Baseball cards and Prince Charming mythologies that comfort seven year olds are fine in their proper context, sometimes even for adults, but they don’t serve that integration. At all. Leeman is marvelous. 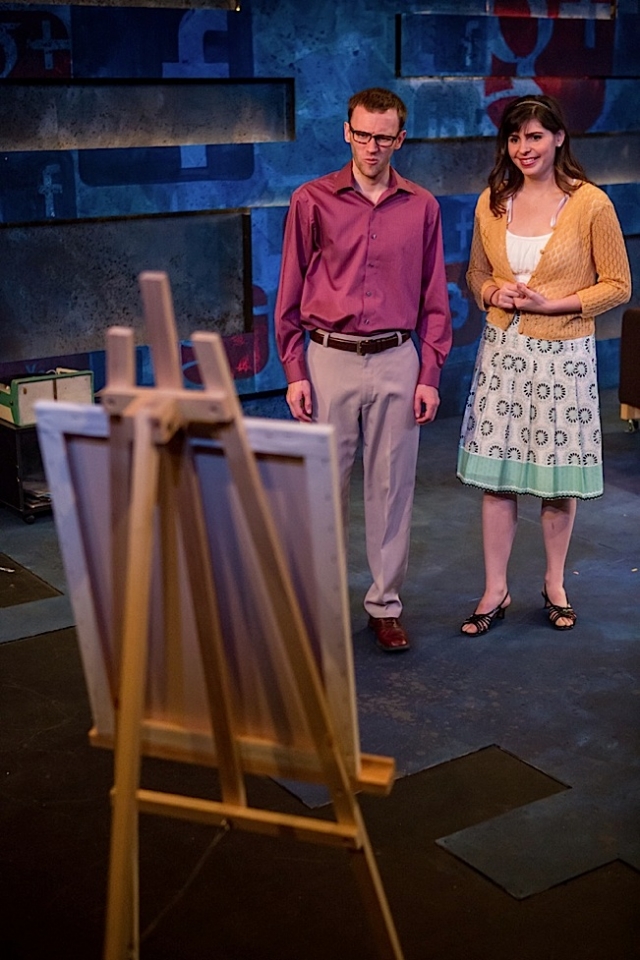 Prissy, moralistic Hal must go through his moral re-education. He finds ‘nice girl’ Alice (Clare Parme) who seems to be on the same page. Amy Rummenie has directed them with a sensitive touch that reminds us that in many, perhaps even most cases, it’s best not to go to bed/have sex on the first date. Bombard and Parme create a sweet, lovely, and inviting sense of non-erotic intimacy. However, in one of the most powerfully tragicomic turns in contemporary drama Hal is cruelly and unjustly left with psychic and legalistic ramifications of anti-sexual militancy even though he has done nothing. It’s profoundly ironic, but we still feel for Bombard. It is one of this accomplished young actor’s best performances yet. 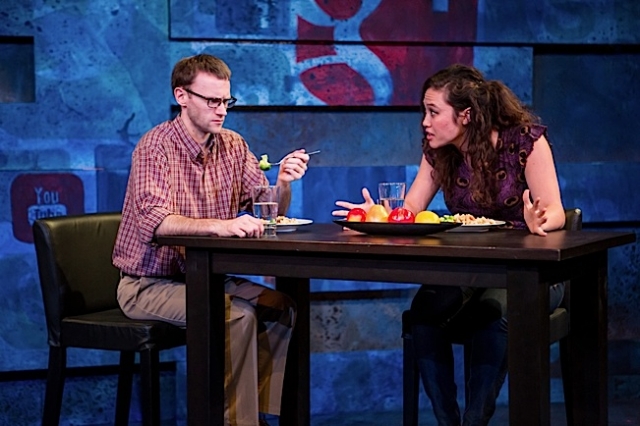 Meghan Kreidler shines and shimmers as Hal’s spurned girlfriend, Jean, a twenty-something Everywoman. From the outset she is held up to the Virgin/Whore binary that the self-unexamined Hal unconsciously demands. Kreidler’s inspirational performance reveals an endearing woman who finds the inner strength to work through the formidable, systemic way society stigmatizes sexual activity, especially in women. 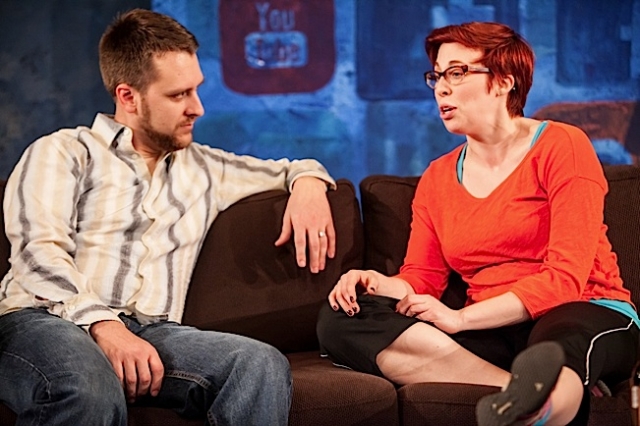 Megan Dowd is dynamic as bisexual Naomi, a character who has had to have internalized the Cinderella myth, albeit in a uniquely polyamorous way. MacAllister-McDonald seems to have written her as a caution to audience members who make that classic mistake of thinking that great, even spiritually divine sex, automatically means eternal love.

Rob Jensen’s beautiful set has faded images of internet icons that wash across its scope. Katherine Horowitz’s dreamy sound design matches that scope in a beautiful way as well. They’re the kinds of easy sounds some of us enjoy while making love!