Seeing Himself On Stage: A Conversation with Shannon TL Kearns 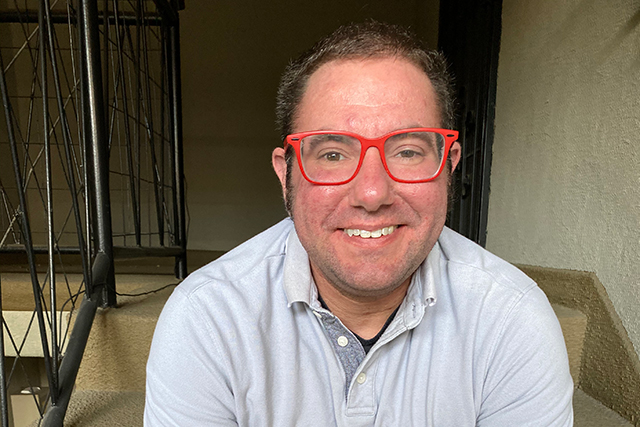 Shannon TL Kearns is the artistic director for the Uprising Theatre Company in Minneapolis. Photo by Brian G. Murphy

While some may think theatre is just dressing up and imagining things, it’s much more than that. At the root of it, theatre is about storytelling and sharing the human experience. That’s why Shannon TL Kearns, artistic director for Uprising Theatre Company, started performing and writing theatre at a young age. If you grew up as a self-described “theatre kid”, you know the feeling of being in the theatre at your school or local community center. There is a sense of belonging and almost safety when you’re around those people, and for Kearns, it saved his life.

Kearns grew up in Upper Black Eddy, Pennsylvania before moving to Minneapolis in 2009. It was while attending Grace College that he started writing full length plays. His plays would serve as a contrast to old theatre standards like Arsenic and Old Lace and You Can’t Take It With You that his college was usually producing.

“I wanted to offer something different than the theatre programming at my school,” Kearns said “As a genderqueer person, at the time, I couldn’t find myself in those pieces and wanted to write something that was more modern.”

Kearns is a transgender man and knew he was different even as a young teen. Coming out was a process for him, especially since he grew up in a fairly conservative church. After coming out as gay as a senior in college, he came out as transgender a few years later.

“It was a process of self-discovery, not only of my identity, but of having language to explain my identity to other people,” Kearns remembered. “That’s why I’m so drawn to creating art that talks about trans experiences, so I can hopefully provide more language than I had as a kid.”

In 2015, it was that need to create art that drove him to start Uprising Theatre Company. There was a desire to produce and write theatre that was about social justice issues and also focused on increasing access in the arts for transgender and nonbinary playwrights and artists. Kearns recalls one of the most moving moments for him was after Uprising’s second show, Who Has Eyes To See. 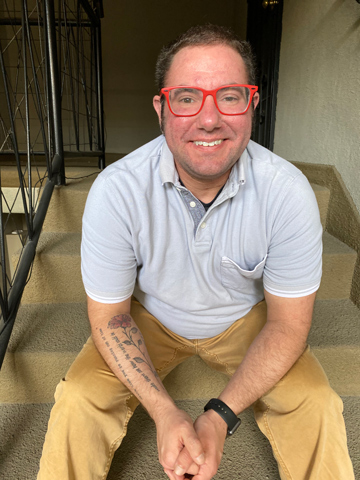 “A young trans person came up to me and just hugged me while weeping,” he said. “When they were finally able to compose themselves, they said, ‘No one died in this show. I didn’t know how much I needed that.’” It was then when Kearns knew they had to keep making this work.

Uprising flourished by creating meaningful partnerships with community organizations that were doing vital work but were going largely unnoticed. Since then, Uprising has done just that: connecting art to action. By partnering with these organizations, they include a call to action from audience members. It’s a unique way to let audience members feel a part of the show, community and like they are doing something bigger than just watching a play.

When Uprising produced Prometheus Bound, an Ancient Greek show about imprisonment, in 2017 they partnered with the Women’s Prison Book Project. WPBP provides women and transgender persons in prison with free reading materials to cover a wide array of topics. Audiences ended up donating over 100 books. Uprising has also partnered with the Sexual Violence Center and Moms Demand Action.

“As we’ve grown over the last five years, our mission has clarified to a focus on trans/nonbinary playwrights and creatives,” Kearns described. “Our mission is to create possibility models for transgender youth and make sure that every youth has a supportive adult in their life.”

However, like many theatre companies in the world, their work has been halted due to the COVID-19 pandemic. Uprising had to shorten their run of Doctor Voynich and Her Children in March, as well as cancelling the premiere of a new work called Skimmed. Rest assured, Skimmed will still be produced, although it has moved to their 2021 season.

“We’re still hoping to get in the last two shows of our season,” Kearns says referring to Oddity, which is slated to run in September and The Place That Made You slotted for November. “Until we meet again, we’re showing some older shows that we have archival footage of and offering some online storytelling workshops.”

Uprising Theatre Company will continue to post online content including interviews about their process, new play development and more. As for Kearns, he will be starting the Jerome Fellowship program by the Playwrights’ Center this July where he will work on developing a new piece that deals with the intersections of trans masculinity and Christianity.

To learn more about Uprising Theatre Company, their mission, or to donate, visit www.uprisingtheatreco.com.