Seasons of Change: Looking Back at Performing Arts & the Evolution of a Community 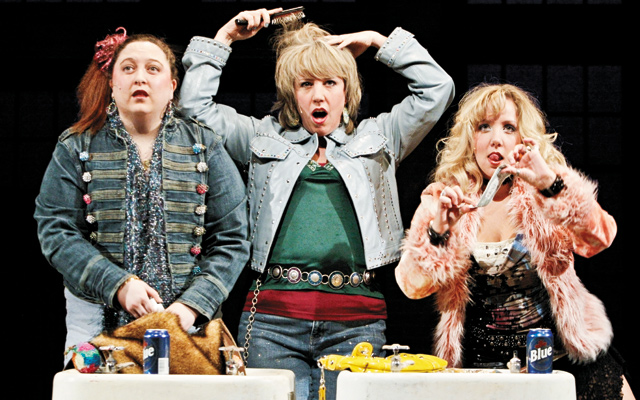 I have written for Lavender ever since the beginning when it was Lavender Lifestyles and the landscape was very different. Looking back it was about navigating shifts of consciousness, community divisions, and learning curves, including my own. Transgender issues were only just beginning to gain acceptance among gays and lesbians. Much of the community was still ghettoized and not living comfortably outside “safe zones.” Bi and gay men were still irrationally thought to be pedophiles by an ignorant critical mass of the population. The terms “dyke” and “breeder” were more commonly used within the community than they are now.

The previous publications I had written for, termed “gay and lesbian” publications, were packed with reportage on HIV/AIDS but as Lavender came into being we were seeing that the activism of the previous decade had resulted in significant improvements in treatment and life longevity. It was also a time when Senator Jesse Helms (R-NC) had activated a strong anti-queer and anti-feminist crusade to dismantle the National Endowment for the Arts (NEA), in which Minneapolis arts organizations such as the Walker Art Center and Patrick’s Cabaret were caught in the crossfires of. The Walker’s John Killacky and the Cabaret’s Patrick Scully were controversial figures both locally and nationally. Killacky invited me, as a journalist, to his office to watch a video of Rush Limbaugh’s attack on the Ron Athey controversy that originated at Patrick’s Cabaret.

It was also a time of face-off between the anti-pornography feminism of Andrea Dworkin and Catherine MacKinnon v. an emerging sex-positive feminism of libertarian feminists bonded with a new generation of women. Both Dworkin and MacKinnon had local support, but then veteran gay activists like Phil Willkie, Dean Amundson, and David Thorstad formed strong bonds to counter that. If you wonder why gay and bi men were so involved with this issue it’s because of the historical connection the gay movement had—and continues to have—with the women’s movement and the necessary libertarian streak that gay men and lesbians had to champion because of being targets of privacy rights invasions and right to free expression. 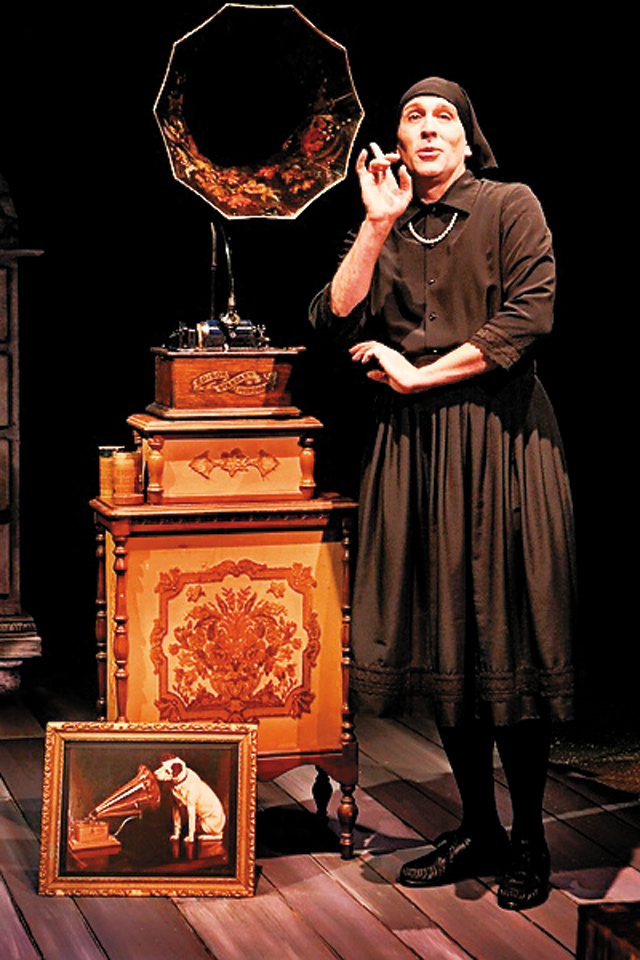 I am My Own Wife. Photo by Michal Daniel

There had also been a fractured relationship with transgender people because of definitions of just what that could entail, as well as certain feminists who aggressively challenged transgender people’s rights to be identified as actual women, and who held drag to be misogynistic. That was exacerbated by gay men who misguidedly blamed MTFs for promoting negative gay stereotypes. FTMs were somewhat below the radar at that time. Obviously, much education was in order just for the community itself, let alone, the mainstream.

However, given all this, the GLBT movement miraculously moved forward to become an unprecedentedly successful civil rights movement. Minneapolis-St. Paul has long been—and still is—a mecca for GLBT acceptance as well as a longtime mecca for performing arts. That dual forward motion of both is the context I came into. I tended then to focus on performance work with queer content, feminist work, work that looked into the nature of sexuality of various kinds, and that written by gays and lesbians even if it wasn’t specifically queer. That’s still my baseline. Though I go beyond all that, too.

Writing for Lavender compelled me to consider both the content and the quality of queer performance work as well as public attitudes around it. My first big series was on the NEA fracas, titled Hunting Down the Homos. I raged against Helms and his neocon media pals but also chafed at how “queer” (a term just coming into serious usage) and feminist-centered work were being singled out more than race-oriented work was. That said, though I deemed freedom of expression was fundamental, I cautioned against artists going out of their way to transgress for the sake of transgressing, especially on the public dime. 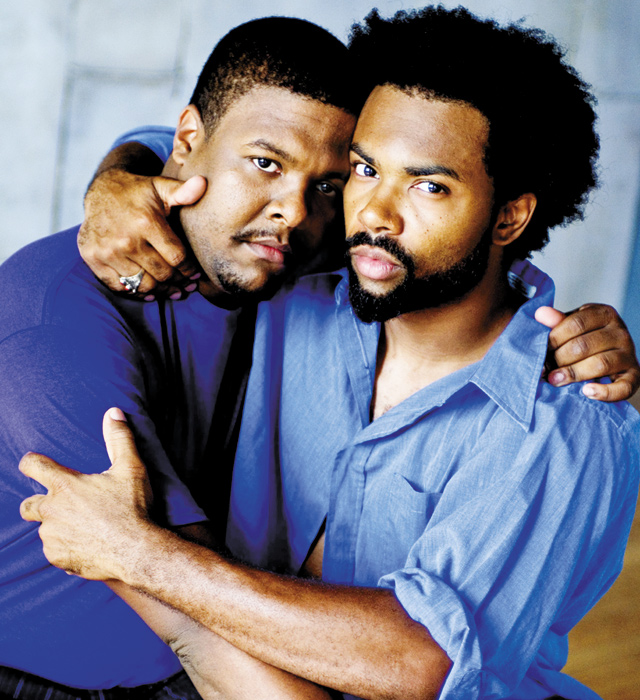 Two Queens One Castle, Take Me Out. Photo by Ann Marsden

I would go on to credit groups like Illusion, Mary Worth, and Jungle Theaters, the Ordway, Frank and Pillbury House Theatres, Hennepin Theatre Trust, Brave New Workshop, Red Eye, Eye of the Storm, Theatre Unbound, Theater Latté Da, and Minneapolis Musical Theatre for presenting work that, in effect, synthesized the concerns of the performance art that the Helms crowd ranted against, by shaping them into larger, better-conceived theatrical structures. However, it was Outward Spiral Theater Company (which followed Unicorn Theatre, as the area’s primary gay and lesbian theater group) that merits special credit for bringing so many well-written plays about queer experience with standout productions of Dog Opera and In the Garden.

Dance companies also put out work that was pushing queer buttons: Ballet of the Dolls, Arena Dances, James Sewell Ballet, and Hijack, just to name a few. Bedlam Theatre and Intermedia Arts expressed avant-garde concepts that pushed the androgynous envelope. Queer content has also emanated from dance and theater at every single Minnesota Fringe Festival since its beginning. I was there! 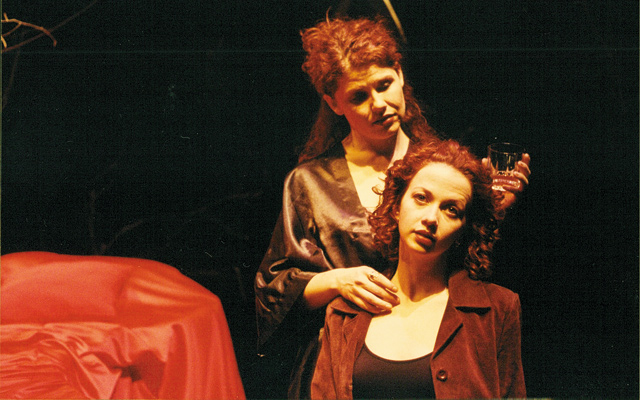 On the other hand, I covered politics and religion with interviews with (then) Democratic Senator Mark Dayton and former Republican Governor Arne Carlson. I focused on Muslim issues, my most urgent one involving a man requiring asylum because he couldn’t return to Egypt for fear of torture and death for being gay. When Target corporation was under fire for contributing to an antigay political group I approached its corporate firewalls to get some explanation. They were resistant but that in itself was a story. I also approached the Pride Committee about its Target connection.

However, the political/religious issue I’m am proudest of is my overview of the persecution of GLBT citizens in Uganda. I think I can say that it remains a comprehensively informative explanation of the roots of the tyranny that has since worsened and clearly indicates the role of wealthy white American evangelical efforts in worsening the situation. I got a supportive response from US Representative Betty McCollum and was stonewalled by US Representative Michele Bachmann.

My Uganda pieces are not my only Christian-based articles. In 2012 I wrote a piece on Archbishop John Nienstedt shortly before the defeat of the constitutional amendment banning same sex marriage. And of course, I am most famous and infamous for my investigative reporting on Lutheran Pastor Tom Brock. I was denounced by the New York Times and Silha Center Director Jane Kirtley at the U of M (my alma mater) but I still received overwhelming responses of thanks and support, locally and nationally, for which I will always be grateful. Lavender owner Stephen Rocheford’s clear-headed interchange with Kirtley on TPT’s Almanac was priceless. I think the whole situation helped forward the discussion on the travesty of “reparative therapy.” 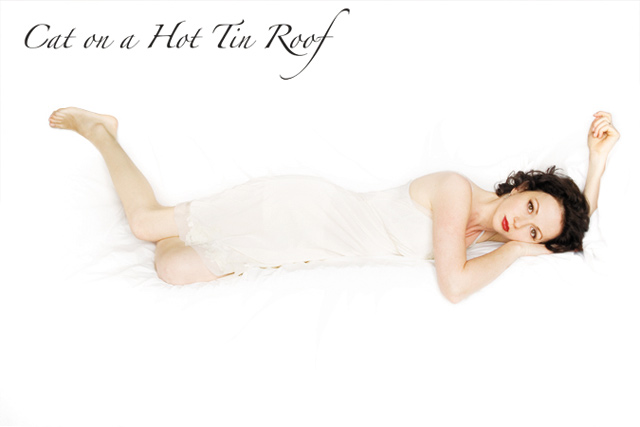 Cat on a Hot Tin Roof. Photo by Michal Daniel

Since then, my focus has been more on performing arts and film. I’ve observed how 20% Theatre Company Twin Cities and Gadfly Theatre have been combining both genderqueer radical performance art and serious plays. And there are small theaters doing topnotch classic work by gay playwrights like Tennessee Williams and Oscar Wilde and newer plays with queer content. These include Candid Theater, Torch, Gremlin, Dark & Stormy, Nimbus, Walking Shadow, and Theater Coup d’Etat.

It’s soothing to see how what was so controversial two decades ago has to a great degree been integrated into the larger public consciousness. Yet there are new issues that can—and are—being grappled with in local performing arts. And it’s stunning to see how what you thought was going to be a dusty old classic—A Streetcar Named Desire or My Fair Lady at the Guthrie, An Ideal Husband by Walking Shadow or The Heiress at the Jungle—resurges synchronistically to the present with a freshness that is as immediate as the air you are currently breathing.