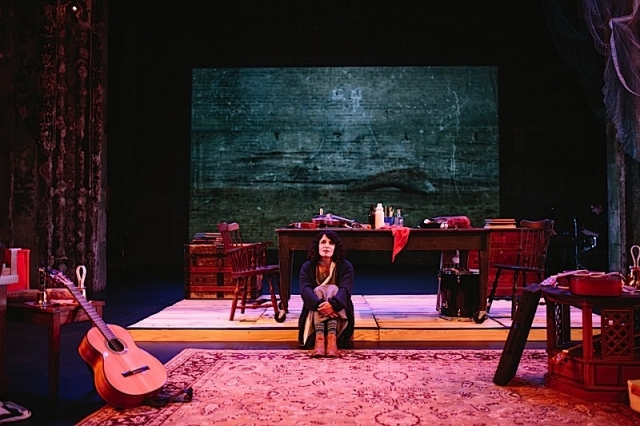 You may actually feel as though you are experiencing the pull of a large body of water as you watch the U.S. premiere of an admired music theater work from the UK. That tidal feeling infuses Theatre Elision’s mesmerizing Sea Cabinet at the Southern Theater. Cindy Polich’s montage of her Lake Superior videos mixed with photography by Jessica Holleque and other imagery, set the visual and emotional tone. Director Lindsay Fitzgerald marshals Jake Otto’s technical direction in unison with Christine Wade’s vocal direction and Harrison Wade’s music direction to voyage into remembrance of a paradise lost. That being the paradise once lived between two people.

Gwyneth Herbert’s song cycle echoes an elegy for a perished sailor mourned by the woman who loved him and cannot release him from her memory. In grief-driven obsession she goes to the English seaside to collect detritus on the shore, wondering if it may hold messages encoded from him somewhere in the hereafter. 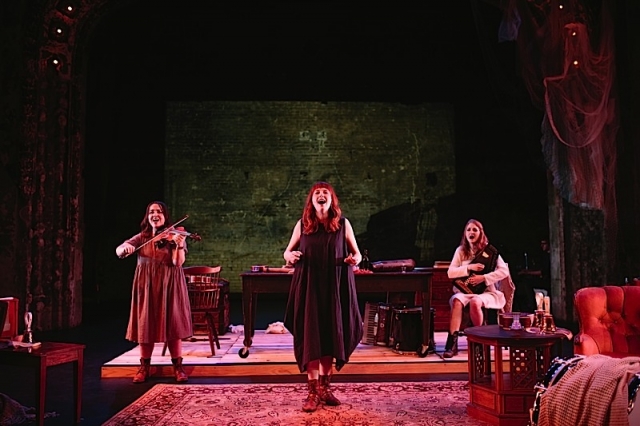 Folk-style music that brings to mind the maritime and the rustic permeates Sea Cabinet. Though different from Ruth Mackenzie and Loreena McKenitt, it breathes the same divine air as those great women artists. Harrison Wade on piano, Spencer Becker on bass, and Erik Schee and Lars Johnson on drums embody that female-driven energy beautifully. There’s something delicately moving about the female voices matched with male musical instrumentation in our time of so much tragic division between the genders. 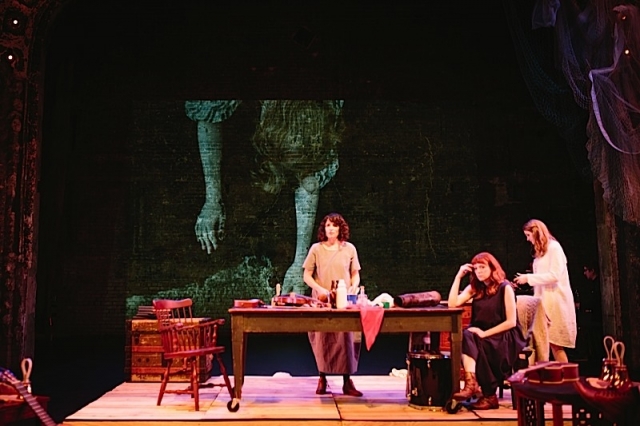 Herbert’s piece also includes music by Fiona Bevan and book by Heidi James. Sea Cabinet has a healing quality for the dissonant time we seem to be living in. However, Herbert should continue to develop it because some of the tunes reflect different English historical periods and having some narration to place them more in context would strengthen what’s already a strong music theater work. It might also work just as well without microphones in the evocatively vintage Southern space.