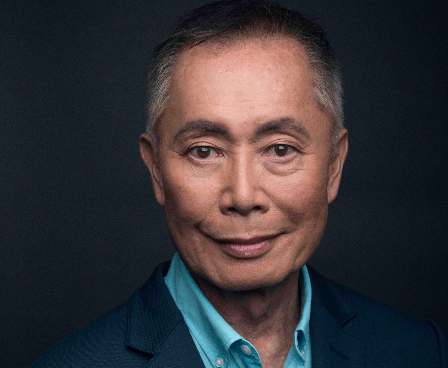 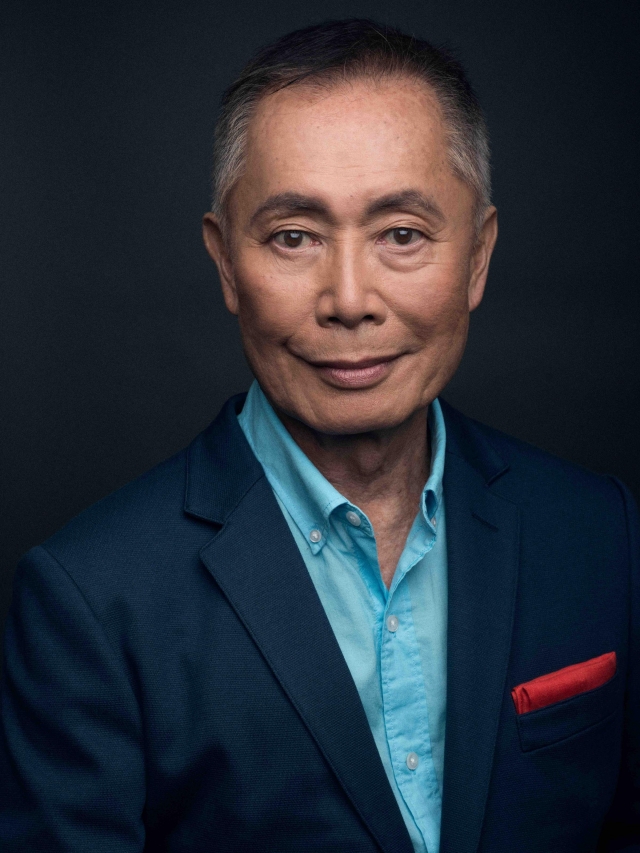 The universe of science-fiction and fantasy has far too many stars to count, but if one in particular has stuck out for decades thanks to his tireless devotion to both the sci-fi and GLBT communities, it’s one George Takei.

Takei—who portrayed USS Enterprise helmsman Mr. Sulu on the original Star Trek television series in the 1960s before further solidifying his “living legend” status as an actor, author, social media standout, and activist—will be appearing this weekend at the GalaxyCon Minneapolis fan convention at the Minneapolis Convention Center alongside other luminaries of the genre. Lavender got a chance to speak with Mr. Takei ahead of his visit to the Twin Cities, where he’s excited to meet Trek fans both young and old.

“They, over the last 53 years, have been so loyal to Star Trek,” said Takei. “That’s what has created this phenomenon. And of course, the fandom has grown [with] their children and grandchildren. At a recent convention in Rhode Island, this man [who] looked like he was in his 60s brought a young kid that was his grandchild.”

The Trek fandom has propagated much like a Tribble would, with the fandom widespread and diverse across several generations. Takei, who is no stranger to the convention circuit, expressed his unyielding gratitude to fans for their everlasting love and support over the last five decades.

“These fans have appropriated to the point where we now have third- and fourth-generation fans, and that’s what’s kept the show alive over the past half-century,” said Takei.

Aside from his obvious place in sci-fi history as Mr. Sulu, Takei has been acclaimed for his activism for the gay community. Takei, who remained in the closet for most of his adult life, came out in 2005 and announced his longtime partnership with now-husband Brad Altman. The move was prompted by then-California Gov. Arnold Schwarzenegger’s veto of gay marriage legislation.

“The late night news came on, and they cut to the news about the veto,” said Takei. “They cut to a scene on Santa Monica Boulevard where young people were pouring out [onto] the streets, venting their rage. And we felt the same way.”

Ever since, Takei and Altman have been tireless voices in the fight for GLBT equality nationwide, with Takei’s status as a gay icon in the world of science-fiction helping inspire queer presence in the fandom. When asked why sci-fi and fantasy are so appealing and engaging for the queer community, Takei stated that stories of different worlds and inclusive, allegorical storytelling have been a major source of comfort and healing for those who feel different and isolated from the “norm” in real life.

“I think it’s because we felt differently all our lives, and we’ve had to create our imaginary reality to be a part of society,” said Takei. “I think science-fiction and fantasy was something that we created in our own imagination in real life. To vicariously go to another planet or to another fantastical world was attractive to us, and we created our own world.”

Indeed, Star Trek was a major pioneer in embracing diversity in the genre, with franchise creator Gene Roddenberry breaking down barriers with a multi-racial cast, implementing progressive storylines, and envisioning a humanistic, utopian society where all genders and races were equal to one another.

“What Gene Roddenberry did was he created a utopian 23rd century where the Starship Enterprise was a metaphor for the Starship Earth, and the strength of the starship lay in its diversity,” said Takei. “People coming from various parts of the Starship Earth—from Africa, from Europe, from Asia—and all working together in concert as a team.”

While incorporating gay themes was not an option for Star Trek back in the 1960s, the proliferation and broadening of the franchise in the intervening decades have seen prominent queer characters and themes have their day, including the first-ever instance of an openly gay couple in Star Trek history being featured in the current show Star Trek: Discovery, a milestone certainly not lost on Takei.

“Gene would be delighted with the gay couple [played by actors] Anthony Rapp and Wilson Cruz, and the normality with which that relationship is treated,” said Takei. “They’re part of the community now.”

Outside of his convention life, Takei has been keeping very busy. He recently appeared on the second season of the horror anthology television series The Terror, set in a Japanese-American internment camp during the Second World War. Takei also recently published a graphic novel entitled They Called Us Enemy, which revisits his childhood as a prisoner in a Japanese-American internment camp in the early 1940s and the pain he and his family endured despite being American citizens.

“They were American concentration camps, but the press all my life has been calling [them] ‘Japanese internment camps’,” said Takei. “I hope I can begin the process of changing that nomenclature. They were Japanese-American internment camps.”

In the end, however, Takei said he owes his continued presence in the world of television, film, radio, and literature to the fans.

“They’ve given my name and my work that much more visibility and amplification,” said Takei. “I go to these conventions to thank the fans for their undying support over all these decades, and what their support has done is amplify my voice…So it’s the fan support that I [owe] so much of my career to.”