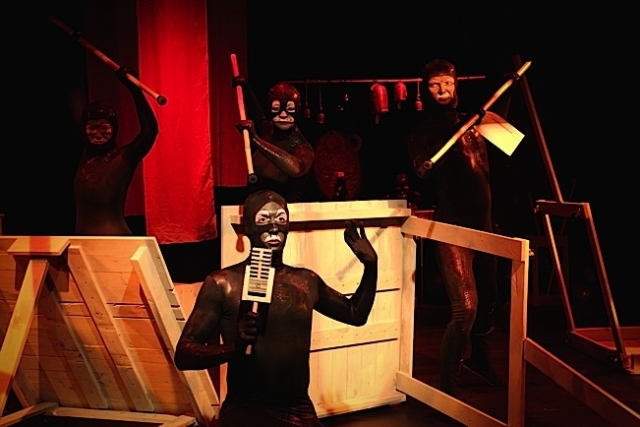 Sandbox Theatre has remounted their inventive stage adaptation of Karel Capek’s 1936 sci-fi novel, War With the Newts at Park Square’s Boss stage. The macabre spirit is evoked with Kathy Kohl and Mandi Johnson’s amphibious skin-tight costumes worn by all the actors. Each performance is stylistically and smartly observed with nuanced kinetic reptilian movements.

Though originataed in the ’30s, the piece uncannily resonates current concerns about climate change and the dark side of global trade. However, it could be half the length. Its strongest sections are the satirical scenes about a newt in a zoo who has learned to speak and a world leader summit. There are group vocalizations that overwhelm the relatively small Boss space. Directed by Peter Heeringa. Project leads: Ryan Hill and Tim Donahue.