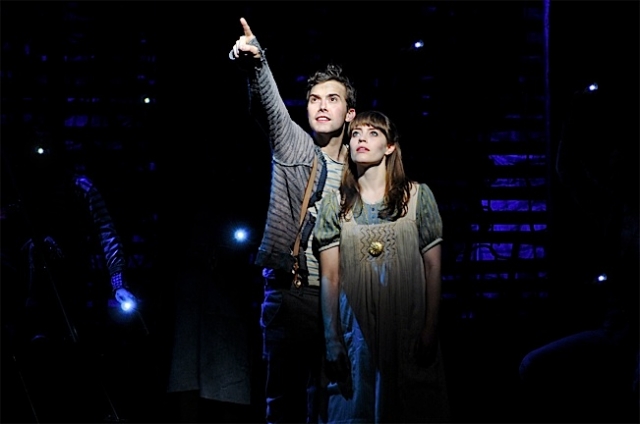 Peter and the Starcatcher, winner of five Tony Awards, is not your typical Broadway musical. An impeccably precise ensemble of several actors directed by Roger Rees re-imagines the events preceding J.M. Barrie’s classic story, Peter Pan. However, you don’t really have to know that story to adore this show. The ship dubbed The Neverland and an isolated desert island are the settings where pirates, orphans, and an English father and daughter, thrash it out. Its national tour now plays at the Hennepin Theatre Trust’s Orpheum. 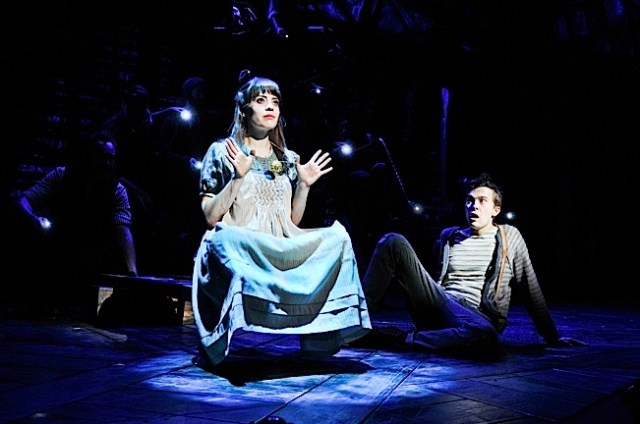 Megan Stern and Joey deBettencourt delight as Molly and Peter and lead a cast that revels in some of the most bedazzling wordplay you have ever heard on stage. While Broadway is rightly criticized for excessive production elements, this is a profound exception, with its reliance on the spoken word and highly physical, often kinetic, orchestrated stage movement. It’s a powerfully actor-centered work in which physical bodies create captivating stage pictures throughout. The actors’ energy is truly high-octane.

One of the many joys of this production is the astonishing John Sanders as Black Stache (precursor to Captain Hook). It’s an extraordinary camp performance of a bad guy who switches thoughts and intentions with stunning rapidity. Like Tim Curry’s iconic turn in The Rocky Horror Picture Show, it’s also one of the most alluring camp performances you will ever see. You want to hate him but he’s so damned attractive!