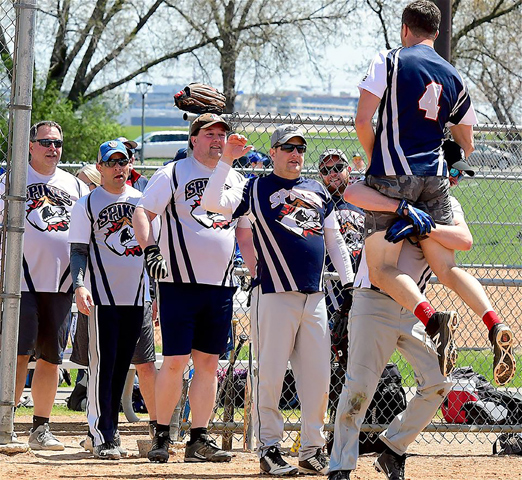 The volcanic eruption of Indonesia’s Mount Tambora released into the stratosphere a cloud of ash so thick and so persistent that it obscured the sun, giving birth to 1816’s Year Without a Summer. A more subtle, but no less consequential, cloud, that of coronavirus pandemic, has similarly delivered, at least within the Upper Midwest, 2020’s Summer Without Softball. In other words, the Twin Cities Goodtime Softball League’s upcoming season has been canceled.
The league began its fabulous existence in 1979, making it one of the oldest such gatherings in North America, so the decision to terminate was not made lightly, and it was made in careful increments. Local and state-wide politics forced an initial postponement, nudging the TCGSL’s start from late April to early June.
“Since that time, it became evident that creating any type of timetable for starting the season was going to be pretty impossible due to the wide range of possible scenarios for the pandemic,” says TCGSL Commissioner Josh Hausmann of the Executive Board’s final verdict. “In the end, we knew that no matter when we started and what precautions we took, we wouldn’t be able to guarantee everyone’s safety for some time. And since this league is a family, it just wouldn’t be right if we had to tell people who are more susceptible to the virus to stay away.” 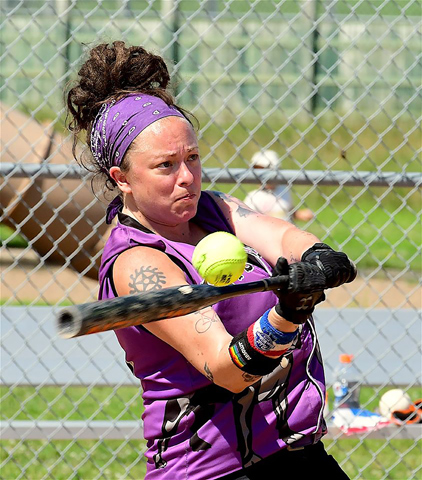 This existential decree exposed the good will you might expect from members of a league with “Goodtime” in its name. “The reaction to canceling the season has been unanimously supportive and positive,” Hausmann reports. “We’ve had many people who have sent emails, texts, commented on social media and have called me personally to say they understand how difficult this decision was, and while it’s disappointing they still fully support it. Honestly, the decision wasn’t that difficult because we knew it was the right thing to do. The tough part was coming to the realization that the biggest thing you look forward to every summer wasn’t going to be there this year.”

That’s because Josh Hausmann isn’t just the Commissioner of the TCGSL, he’s also a member. “The biggest thing I’ll miss about participating is the social aspect of it,” he laments. “I always look forward to the first week of the season where I get to see everyone again if I haven’t seen them over the winter.”
In normal times, Hausmann’s duties as high muckety-muck require him to mix business with pleasure…although he finds the business to be a pleasure of its own.

“Most weeks I’m out at the fields for nine hours just watching games, chatting with people and enjoying a beverage out in the sun,” he relates. “For so many of us, the TCGSL is our social outlet, but luckily the friendships we’ve built on the field are still there off the field too.”

So strong are those friendships, they’re sure to survive a year’s worth of attrition, or so believes the Commissioner: “I think more people will come back next year because they will miss it so much.”
The league aspires to maintain some form of summer sociability, even if that end means taking the S out of the TCGSL.

“We have already been working to plan events with some of our sponsors,” the Commissioner discloses.  “What those events will look like will, of course, depend on the social distancing regulations that are in place at the time, but just because the season is canceled doesn’t mean that we won’t do everything we can to keep up the social aspect of the league.” 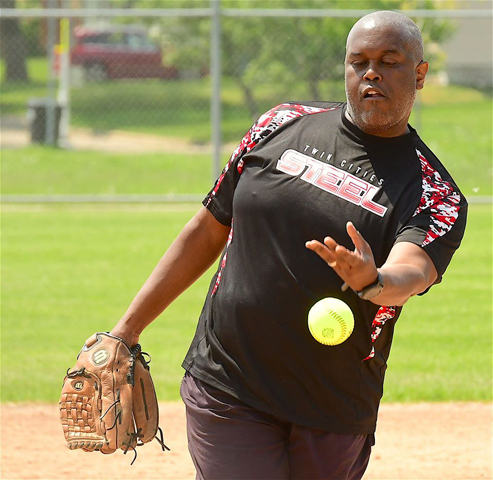 Which isn’t to say that all hope of 2020 competition is lost: the possibility of Fall Ball, a form of post-summer play, is still, as of this moment, alive.

“When we announced the cancellation of the summer season, we also made the commitment to look at all avenues to have a modified season in the late summer or fall,” Hausmann remarks. “We will only do that if we can do it safely, and of course we don’t know what state of the pandemic will be in the fall, but we’re not giving up yet.”

Hausmann sees a bright future once the cloud of coronavirus breaks apart like its volcanic predecessor.

“The biggest thing is that we’re not going away, and we’re going to continue to work to find a way to play if we can do so safely,” he vows. “If that means we’re out on the fields in November, we know a lot of people would still be interested.”