Rohene Ward: From Competitor To Performer To Coach

Having competed four times at the U.S. Championships, Minnesota native Rohene Ward is no stranger to competitive figure skating. Ward spent 16 years competing for U.S. Figure Skating as a national and international competitor. He also competed for Puerto Rico and is the 2004 Puerto Rican national champion. But in recent years he switched gears into the performer and coach/teacher role. 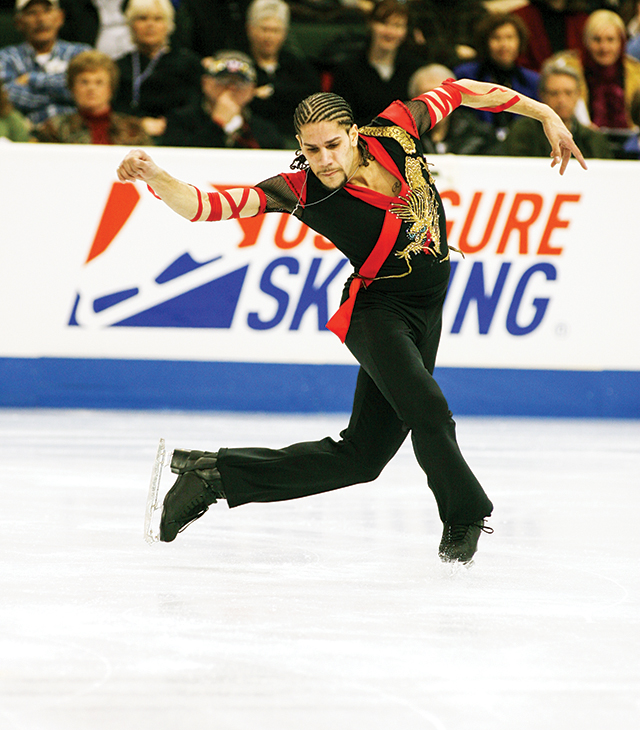 Notably, in 2007, he co-coached Kirsten Olson, who played the role of Nikki Fletcher, the “Jumping Shrimp,” in the Disney movie Ice Princess, and in recent years has been touring Europe with Holiday On Ice in various roles. Figure skating fans might know Ward for his recent work coaching and choreographing pieces for Jason Brown, 2015 Men’s U.S. Nationals Champion and 2014 Olympic team event bronze medalist. For the 2016 U.S. National Championships being held at the Xcel Energy Center in January, Ward choreographed and will be performing in the opening ceremonies on January 21. He also has five students competing at the senior level: Jason Brown, Jordan Moeller, Ben Jalovick, Christina Cleveland, and Mariah Bell.

This is Lavender‘s Year in Review Issue, and you’ve had a pretty great year, even being named 2015 Choreographer of the Year. What has the past year been like for you?
Rohene Ward: It’s been really good, actually. A little overwhelming at times with the amount of work I’ve gotten this year, especially since receiving the award. My schedule has picked up this year and been really chaotic. I’ve been in and out everywhere, a lot of travel, working a lot of different venues, doing all kinds of seminars, workshops, and having little performances here and there.

How easy is it transitioning between the roles of performer/competitor and choreographer? How do the two roles impact each other for you?
RW: Naturally, doing choreography impacted me for performing in shows. But I definitely think the transition going from competing to performing was really easy for me. But going from touring to teaching full time has been a huge adjustment for me. My time isn’t my time anymore, it’s everybody else’s time. That philosophy alone is a shift; having to show up for somebody else has an extra level of responsibility. Now I’m not just thinking about myself. Before, if I didn’t want to get up and go to rehearsal, it was on me, but now there are other people counting on me and I feel bad if I have to miss time on the ice. 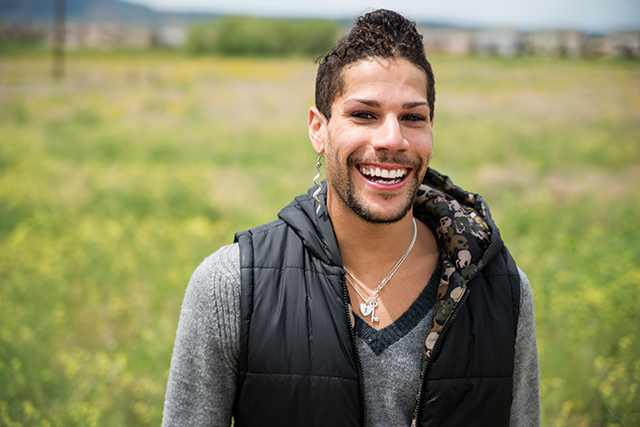 What is your process like when you’re creating a new piece?
RW: My process for my own students is — because I know how they skate and move, what they do well and don’t do well — I start by listening to music. Just sitting at home listening to music that has something different and highlights something that they do well, and doesn’t disguise what they don’t do well, which is opposite of what a lot of choreographers do. When I was choreographing for Courtney Hicks, I needed to create something that would show off how strong and powerful and regal she is, and make her look beautiful. It’s about highlighting qualities instead of hiding flaws. I don’t understand why everyone does that. It’s difficult to hide a flaw when you’re having them do a flaw. Might as well have them do what they do well, and then everything is a highlight. When I’m creating a new piece, I hear the music first, and if a skater pops into my head when I hear the music, then I know it’s for them. And then I start seeing colors and shapes and go from there. And then we get on the ice and start playing and having fun.

You’ve spent quite a bit of time performing with Holiday on Ice. Can you tell me a bit about the difference in dynamic between competition and performing in a show like Holiday on Ice? Do you have a preference?
RW: When I’m performing, I’m nervous. I’m not nervous about what people are going to think, I’m nervous about doing my job. But when I’m competing, I was too consumed with what people thought. Since I started performing in shows, it’s easier to focus on my job. I’m able to stop caring about what other people think because [people I know] likely aren’t in the town I’m visiting, and I also can’t see the crowd with the performance lights and everything. It brings my nerves down. Hands down, performing is a favorite, they’re not even comparable.

You’ve talked before about the ice as being a safety net for you growing up. Do you still feel a bit of that safety net when you step on the ice?
RW: Very much so. It’s very prevalent every day. Between my mom and my dad, there are six kids. And I went to the worst public school in Minnesota, and our area had a lot of gang activity. But as soon as I stepped on the ice, it became a safety net. No one could touch me.

Be sure to catch Rohene Ward’s performance at the 2016 U.S. Figure Skating Championships in St. Paul. For more information, visit www.2016uschampionships.com.