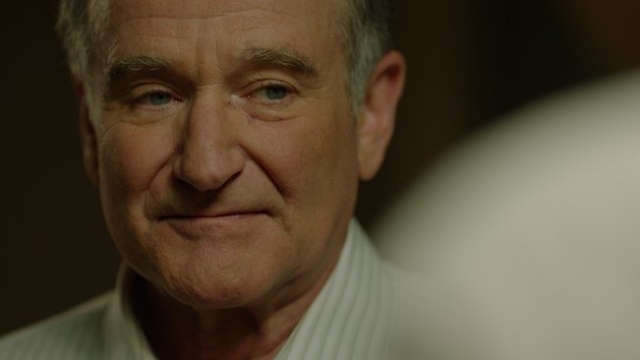 The closet is its own particular hell and when latent or closeted people in their middle years and later finally start to come to terms with it, it can turn their world upside down. There is often good reason to fear coming out, especially if a man or woman has much to lose and if there is no support. Such persons will finally reach a point where they are driven to follow their impulses and instincts within their limited and sometimes treacherous purview. It’s very common for those who come out well past youth to be ridden with guilt over letting others down, family ruptures, lost friendships and associations, shame and social judgments, and plain old fear.

On the other hand, coming out in adolescence or early adulthood gives space, with “one’s whole life ahead of you.” It can have a sense of excitement about creating-authoring that life and meeting new and wonderful people, including someone to love. So we must bear in mind that older closeted people lack the natural advantages of a more youthful coming out process, whereas younger gay men and women have a larger scope in which to integrate their sexual orientation, their desires, and a hopeful quest for romantic love into their fuller personality.

Unfortunately, our ageist culture systemically targets that natural enthusiasm as we get older, something we all need to work on. One often hears of older people of whatever orientation or gender say “I feel invisible” or “I no longer feel desirable.” An older person coming out is often not well served by rote and facile admonitions by activists that “everyone should come out!” You never know what she or he is dealing with on simply a practical level, much less on emotional levels. Moreover, gay male culture has long been and remains an especially ageist realm. Go to personal ads and you are barraged with demands such as “no men over 30, no fatties, no fems, no creeps.” Other men with same-sex attractions can be as cruel as any number of heterosexist antigay bigots.

This ordeal of being older and coming out is penetratingly examined by the late Robin Williams in his staggering final performance in Boulevard directed with lovely sensitivity by Dito Montiel. Williams plays a dutiful 60-year-old bank employee, Nolan Mack. He has a lovable and devoted wife of several years, Joy (a poignant Kathy Baker) and a caring straight best friend, Winston, winningly portrayed by Bob Odenkirk (Better Call Saul).

Montiel and writer Douglas Soesbe value the heartache and confusion that coming out causes spouses and best buds who never knew of their spouse or pal’s orientation until the latent or closeted person’s life becomes unraveled. Joy and Winston are played sympathetically and seen realistically as two people whose own identities and places in the world are strongly affected by Nolan’s personal discoveries. Thank goodness they are never seen as oppressive unloving straight people, a stereotype that has been badly handled in certain other films and plays.

The unraveling in Boulevard is triggered unexpectedly for Nolan by Leo (Roberto Aguire), a gentle soul and an exploited sex hustler who comes into his life. Nolan can only meet him late at night and it becomes expensive as he skirts the economic underworld Leo is trapped in. Aguire and Williams create one of the most beautifully magnetic intergenerational love stories ever put to film. The chemistry between the two is achingly palpable. Indeed, Boulevard confronts entrenched judgments and opens our hearts like very few films ever do. Do not miss it!

Note: In 1971 Peter Finch played Daniel Hirsch, an educated middle-aged gay man in Sunday Bloody Sunday. It was probably the most forthright, uncoded representation of a gay man in an Oscar-nominated role for Best Actor up to that time. Dustin Hoffman in Midnight Cowboy and Peter O’ Toole in Lawrence of Arabia, both of whom were Best Actor Oscar-nominated for those films, are often felt to be subliminally gay portrayals (and I wouldn’t disagree with that), but the roles were not shaped to be straightforwardly portrayed, though the camera finds moments that betray the characters’ desire. This argument could also be made for other Best Actor nominees.

Regarding Finch’s portrayal however, he plays a Jewish Englishman with the self-knowledge that he is gay. The 1971 setting is only a few years after homosexuality was decriminalized in the U.K. by the Sexual Offenses Act 1967. That said, understandably, homosexuality was still stigmatized despite political progress by 1971. Legislation is great but that doesn’t mean the rest of the country has integrated it. We can relate to that now as there are still millions expressing their outrage over marriage equality, a prejudice we can’t expect to end soon.

So Daniel may not be too open about his orientation, but within his heart, mind, and serene home he has integrated his gayness. He definitely knows he is capable of loving a man deeply. His passionate kiss with the younger Murray Head as his bisexual lover, shocked (and aroused) the world and shows Daniel’s natural ease with romantic love. You can sense he has the capacity for commitment. That said, one assumes the two men still must express their relationship behind closed doors.

In Boulevard, Robin Williams’s Nolan is straightforwardly shaped but Nolan is nowhere near as comfortable with himself as Sunday Bloody Sunday’s Daniel. Boulevard reality-checks that we still have a long way to go.