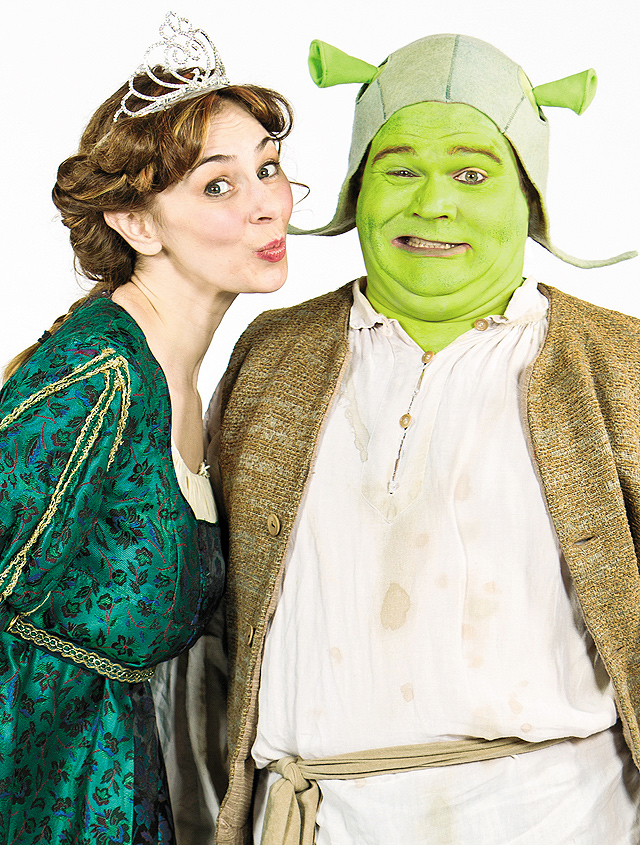 This year Rich Hamson has wowed the Twin Cities with three radically different and extraordinary costume designs for three hit stage productions. For Theater Latté Da and Hennepin Theatre Trust’s Broadway Re-imagined Production he designed Cabaret for its successful winter run. They were, quite simply, some of the sexiest costumes ever put on a major Twin Cities stage. We were transported to a dark dimension of eroticism, militarism, and vaudevillian irreverence.

Since then, only a few months later, Hamson designed for Chanhassen Dinner Theatres’ dreamy production of Disney’s The Little Mermaid as well as Shrek the Musical at Children’s Theatre. These sumptuously gorgeous costumes enter the realm of children’s fantasy and are works of art in themselves. Fins, seahorse heads, and medieval fairy tale archetypes occupy spaces in the imagination all their own and Hamson breathes life into the fantasy. He dazzles, transporting us to new dimensions. Cabaret, a vision of darkness in triumph, is contrasted with two children’s works that are visions of light.

Obviously, the genius that created these three designs just this year has been evolving for decades. However, the way he found his distinction in the theater world came about in a truly unique way. It’s a remarkable story in itself. I asked Rich Hamson some questions about his work at the world’s foremost dinner theater company and the experience that has led to it.

JT: You design the costumes but you also have other responsibilities at Chanhassen Dinner Theatres.

RH: My job at Chan is a combination of what is usually two different jobs in most other theaters of this size.  Usually, theaters will have a costume shop manager and the designers will be brought in on a guest basis. Here, I do the day-to-day management of the ongoing productions, making sure that laundry and notes are completed on a regular schedule, understudies are outfitted and ready to jump into roles, and, if necessary, costumes are built and constructed for replacements. We can have up to five new actors going into a production on a single day. In prep for a new show, I will hire and schedule the additional drapers and stitchers who come in for a seven- to eight-week  construction period. I will also spend hours each day, in the four weeks prior to my crew arriving, researching, sketching, and buying fabric. Needless to say, the job almost always overflows into nights and weekends. 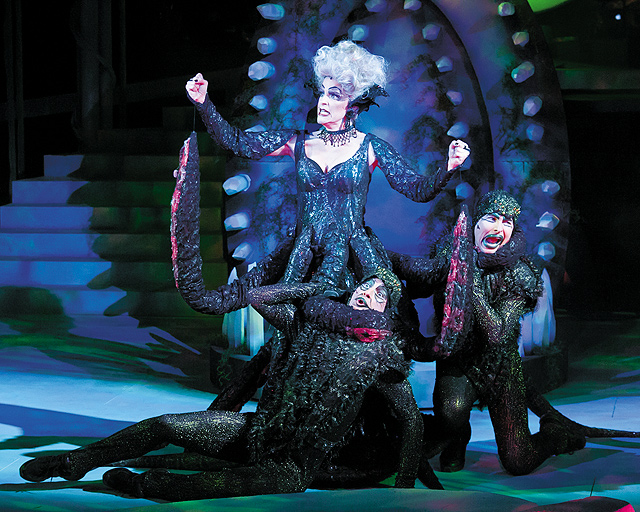 JT: How did you get started with costumes?

RH: I always like to say that I kind of fell into this profession by accident.  When I was in college I was intrigued by the art form and did my tech theater lab hours in the shop but my true passion was for being on stage. After teaching high school for a year—I was a horrible teacher and have great admiration for people who are good at that profession—I moved to the Twin Cities determined to be a working actor. I started to work at all those wonderful nonprofessional theaters that existed in the late ’70s that did major amounts of musical theater: Centre Stage, Chimera, Minnetonka, Bloomington Civic.  At Bloomington Civic, I was playing the Leading Player in Pippin and I kept having these pictures in my head of what my troupe of traveling players should look like. The costumer of the production was having a bit of a struggle coming up with a look and so I went to her with my idea and said that if she and the director wanted to go with it, I would make sure that they got done. She graciously accepted and, with my limited skills and the help of other people in the cast, we got them done.

Suddenly, based on that design, I was starting to get asked to design other shows, or Renaissance Festival costumes, or dance costumes. About that time, I was making my living as a singer with The Edgewater Eight and still doing freelance costume design on the side.  Suddenly, I was called in out of the blue to audition for Romeo and Juliet at the Guthrie and basically ended  up doing small roles and being Peter McNichol’s understudy for the rest of the season.  At the same time, I managed to complete a design of Camelot for Bloomington Civic.

JT: What are some of your memories of that time in your life?

RH: After doing replacement work in two shows at Chanhassen, I headed to New York.  Many auditions later, and realizing that I really didn’t have the drive it took to survive in that city, I returned home to Minneapolis and started making the rounds again. One day, out of the blue, I got a call from Ed Jones, the costume shop manager at Chimera Theatre, asking me if I wanted a job as a stitcher with the possibility of designing down the road. He had seen my production of Camelot at BCT and thought I had potential. I basically apprenticed for five years, learning how to stitch, flat pattern, and drape, and refining my design skills. It was an amazing experience with amazing people who taught me so much. If that hadn’t happened, I really doubt that I would be in the business today. Oh, and the acting took a back seat, although I did dabble with it again occasionally, but never again relied on it for a livelihood. 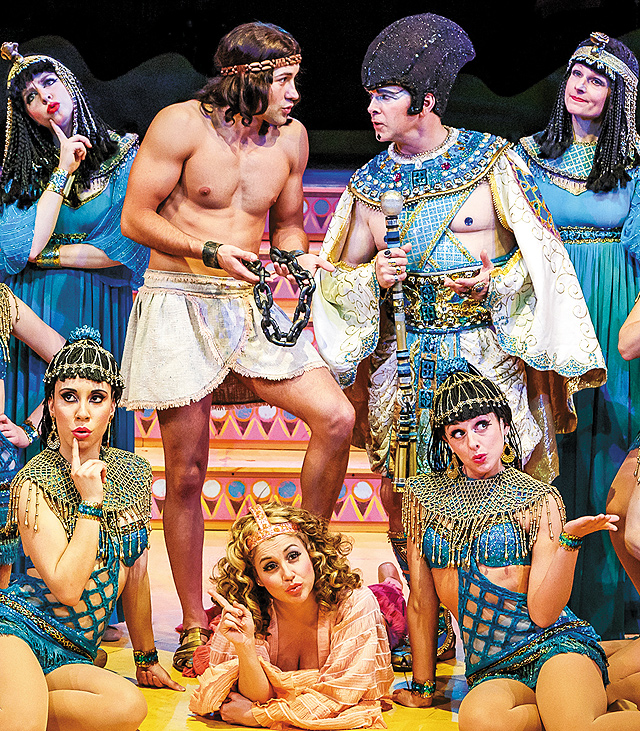 Joseph and the Amazing Technicolor Dreamcoat. Photo by Act One, Too

JT: Tell me about some of your favorite shows you designed.

RH: At Chimera (a theater that was located in downtown St. Paul), The Best Little Whorehouse in Texas, and Carnival. At Actor’s Theatre of St. Paul: Interrogating the Nude and Peg of my Heart and for Theater Latté Da: La Bohème and Evita. At Children’s Theatre: Mulan and Annie and at the Jungle, Blue Room and Souvenir. And for the Guthrie, Thief River and Lake Hollywood.

JT: And of course, you’ve become a theater legend at Chanhassen. What about there?

JT: Did you meet your life partner in the theater?

RH: I met my partner, Jeff Sybrant, for the first time about 34 years ago, through mutual friends.  At the time, I was really concentrating on an acting career and he was a student, and it was only after I moved back from New York that we reconnected. 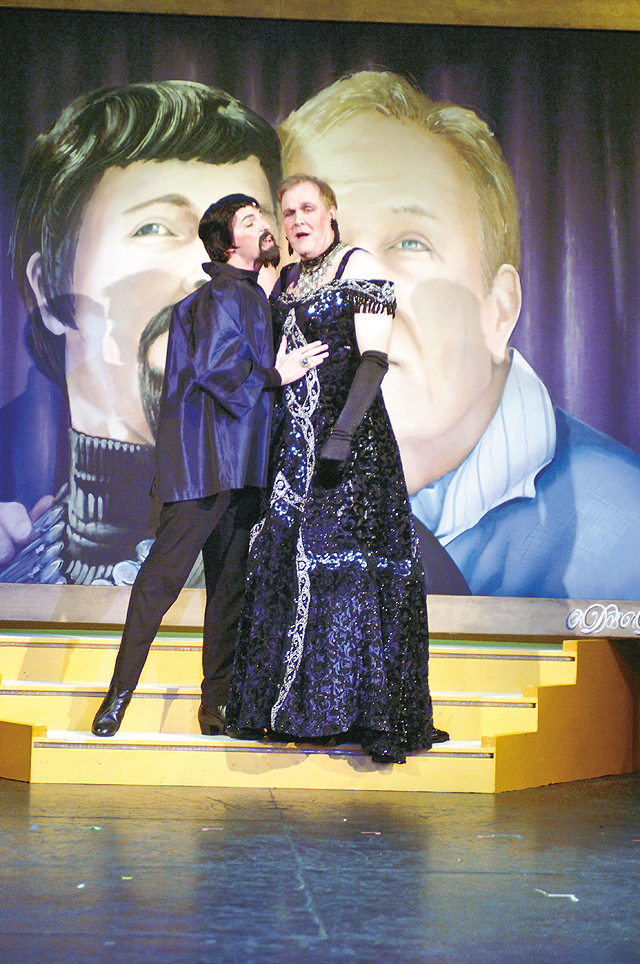 The Producers. Photo by Act One, Too