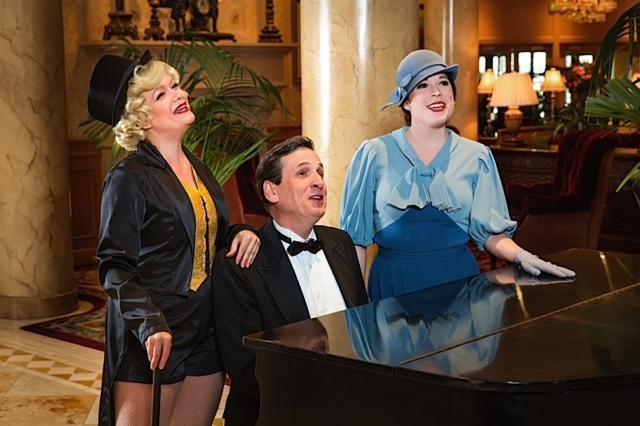 Idiot’s Delight, the 1936 Pulitzer Prize-winner for Drama, is thought of by some as inferior and melodramatic (as if there were anything wrong with melodrama), but playwright Robert E. Sherwood, in a style that spoke to his own time brilliantly, gives us a captivating entry into the textures of Europe on the verge of World War II. What’s especially interesting for today’s audience is that the bad guys are not the German Nazis but the Italian Fascists. This, and the fact that this revival is so marvelously entertaining, compels me to say that Girl Friday Productions’ Idiot’s Delight at Park Square Theatre is a must-see show. We have become so habitual in our views of World War II as all about the Germans and the Japanese, that people forget or never knew it was a much broader canvas. This production gives us the chance to expand our historical frame.

Sherwood has several vivid characters engage with one another in a specific setting that itself tends to contour all the relationships. A beguiling mix of drama and comedy plays out in a hotel lobby/cocktail lounge in the Italian Alps near the borders of Bavaria, Switzerland, and Austria. An Italian military airfield and winter sports make it a valued destination. When war starts to abruptly rear its ugly head during the course of the play, hotel guests from various countries are trapped and made to face aspects of their true selves. 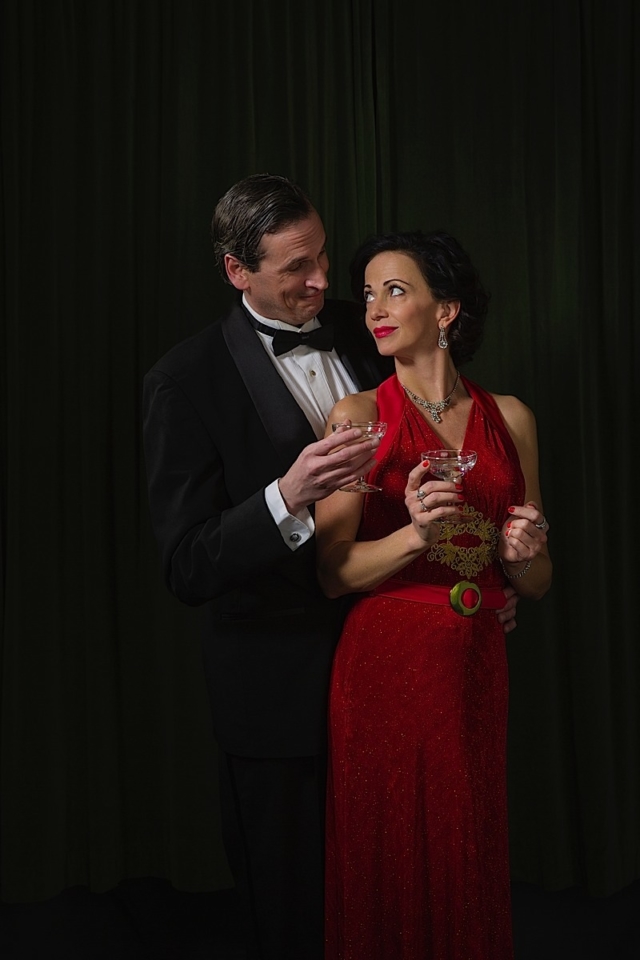 Craig Johnson has directed the production with a sharp and flourishing sense of timing, a rich sense of the historical moment, and edge-of-your-seat intensity. The entire cast, perfectly costumed by Kathy Kohl, crackles with a full roster of terrific performances that capture the essence of the time and place. Kirby Bennett exudes a palpable need to control as the hotel proprietress. Kory LaQuess Pullam devastates as a young communist gearing up for the impending French Resistance. Other standouts include Jon Middleton in classy form as a manager for sexually-laced entertainment and Karen Wiese-Thompson fascinates as a German caught between her personal purpose and patriotism.

Moreover, this revival is luminously graced by two stunningly magnetic portrayals: Stacia Rice as an international woman of mystery and Eric Knudson as a ranking Fascist militarist. Both have a star quality reminiscent of Old Hollywood. That said, their characterizations are their own and clearly stand apart from their equivalents in the classic 1939 film version. The term “Idiot’s Delight” refers to a card game. Life is a game of chance.

Note: Idiot’s Delight has come to be unfairly disrespected in recent years because of post-modernist director Peter Sellars’s 1986 New York production which took wild liberties with a naturalistic script, a perilous approach almost always. Regrettably, because the New York Times still hangs on and hangs out as the nation’s prime newspaper for theater coverage, a generation later their smug assessment by Frank Rich still affects this remarkable play’s reputation.