“Revolt” Ripples With Activist Passion at the Gremlin 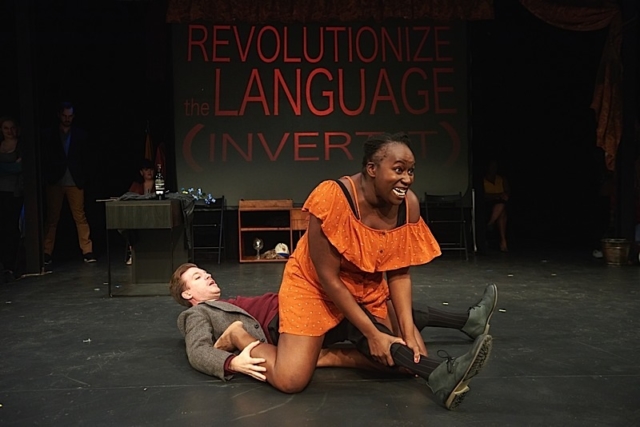 With Revolt. She Said. Revolt Again., UK playwright Alice Birch is at odds with how gender roles are sometimes codified. Frank Theatre is executing a fast-paced, crisply acted staging of this showcase of vignettes at the Gremlin Theatre. Birch’s style recalls that of Great Britain’s groundbreaker, Clare Luckham (Trafford Tanzi), and American Holly Hughes, one of the NEA Four, a generation ago.

Revolt. She Said. is polemical in approach, reminiscent of guerrilla theater. It has been compared in spirit to the SCUM Manifesto, a 1967 feminist treatise that inspired the Queer Nation Manifesto. Its aggressive tone will resonate with those who align with the activism of Melissa Click, Ashley Judd, Linda Sarsour, Jiang Qing and Saul Alinsky. Birch’s overview is clearly attuned to current progressive attitudes.

The show begins with a juicy scene where a woman turns the tables on a man coming onto her. He is a sexist fiend who arrogantly dictates how she is to respond. In turn, she then makes demands on him, which triggers his self-consciousness and inability/unwillingness to perform. The actors, Grant Henderson and Joy Dolo, are graphically bold in how they intrude on each other’s bodies and space. 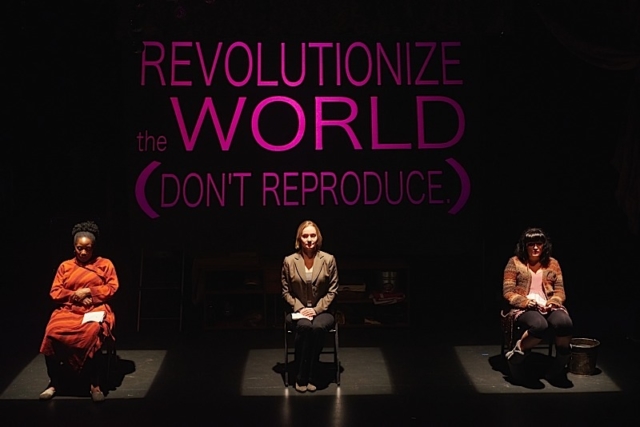 Birch plays out the notion that men pursue women simply to dominate and control and the actors play it to the hilt. For example, one spoof puts forth a classic image of a romantically attentive suitor. The setting: a man and woman sitting at a table. He (Gabriel Murphy) fawns over her (Emily Grodzik), professing his adoration. She coldly and quickly calculates out loud that what he is saying and how he is behaving is actually intended to snare her as a commodity.

Perhaps the most telling vignette is where three women face downstage, seated separately. The woman in the middle (Jane Froiland) is the mother of the woman on her left (Grodzik) and daughter of the woman on her right (Charla Marie Bailey). The middle woman craves some kind of emotional response from her mother but the mother’s unexplained bitterness has taken over. The daughter makes anguished sounds, stranded in her own psychic world. Birch does not inquire into details about where this seemingly layered ugliness is coming from. It lands like a fragment from her observations or creative idea notebook that she doesn’t flesh out.

Birch has received much praise for her work in general. With this particular piece, she isn’t interested in developing a central narrative. Revolt. She Said. Revolt Again. is a stream-of-consciousness outpouring that glories in jeering irreverence. Director Wendy Knox’s actors dynamically flip from scene to scene, manifesting the roles with flourish. It’s reminiscent of the Brave New Workshop Comedy Theatre. Maxwell Collyard’s projections reinforce the agitprop effect.