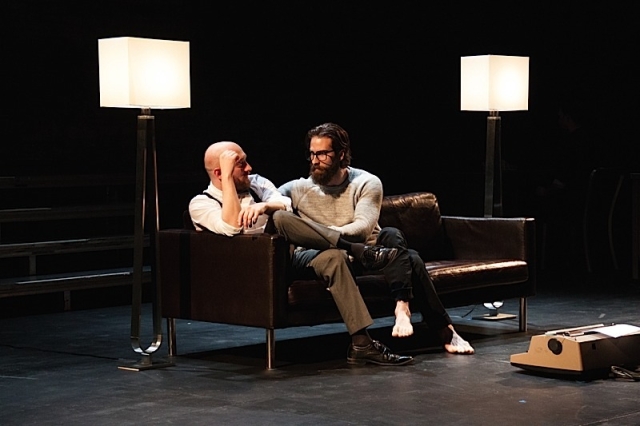 In what is possibly the best local production ever of Larry Kramer’s The Normal Heart, New Epic Theater has approached the script with the wrenching commitment requisite for authentically done Greek tragedy. The drama, written as a searing indictment of apathy toward HIV/AIDS in the early Reagan years, has been given a beautiful and gripping staging directed by Joseph Stodola at the Lab. For those of us who lived through that time as adults, it’s mind-blowingly wonderful to see a mostly younger generation capture the utterly harrowing zeitgeist of that frightening time. Yes, ironically, we are still a culture of fear today, but in a different way. The early ’80s were very different. New Epic’s Normal Heart apprehends this. 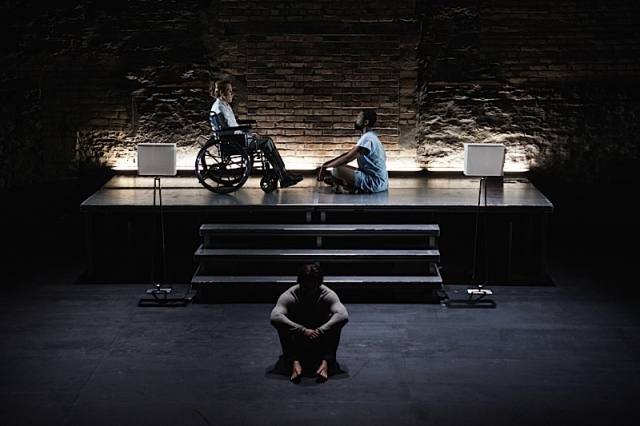 Michael Wieser is masterful as protagonist Ned Weeks, a man who tenaciously pushes the reluctant gay activists around him to wake up to the emergency that AIDS had become, but which the general population, New York mayor Ed Koch, and President Reagan, were totally inattentive to. And that’s no exaggeration. It’s a role written with great righteous anger but Wieser finds many emotional colors within a role written at a fever pitch. A lesser actor would have generalized the emotion. Wieser meticulously mines the subtleties, despite the fever.

The brilliant cast lives into the stormy conflict of feelings and what’s right and what’s wrong that Kramer serves up. What if being open about your gayness or your HIV status means you can’t work? Do straight brothers of gay men truly understand them and to what degree might gay men project their feelings of rejection/inadequacy onto brothers and others who actually do love them? That old thing about not feeling lovable yourself, so you assume others must see you the same way. Zach Curtis and Wieser touchingly mine that particular relationship at the Lab. 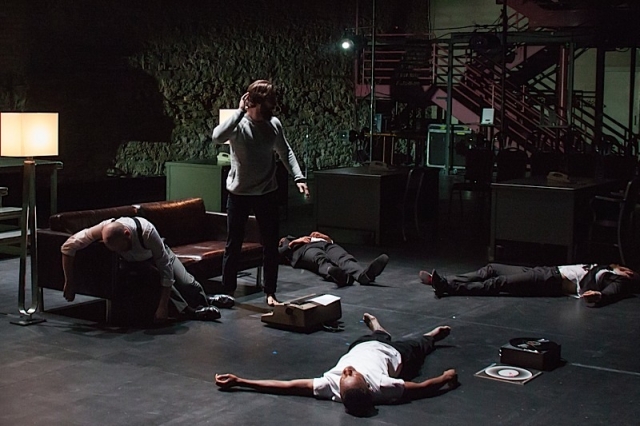 The ever-splendid Michelle O’Neill is at her gritty and feisty best as Dr. Brookner. From her wheelchair she rages against the willful blindness of a medical world that lives in denial of the disease’s ever-growing power. Profits, turf wars, careerism, and homophobia, conscious and unconscious, have taken the upper hand, She also calls for activism from the masses of gay men who pretend this cannot affect them. One is reminded of the slogan: Silence Equals Death.

Adam Qualls soars in the play’s phenomenal speech wherein activist journalist, Mickey, rips out of his guts his conflicted feelings over being a revolutionary for sexual expression, which he rightly sees as virtuous on a landmark scale, but knowing that feeling has led some to their doom. This is arguably the greatest speech in contemporary drama and puts to rest any idea that Tony Kushner (Angels in America) is the greatest playwright of the HIV/AIDS experience. He’s not. 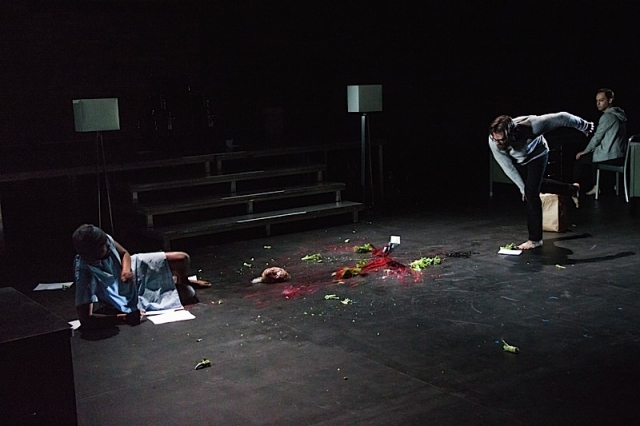 Where Kushner thumbs his nose up at the conservative hierarchy (easy virtue — Reagan, smug Mormons, and a hilarious but two dimensional Roy Cohn, etc.), Kramer deconstructs deeply the socio-structuralized shame of homophobia. Not just easy. albeit often legitimate targets like religious conservatives and Reagan, but of other gay men and of democratic Mayor Ed Koch. Kramer also dares to muse in the play about theories of the virus as possibly being man-made by Uncle Sam, a concept that was largely submerged but which was wondered and sporadically written about. I remember that myself, along with the talk of quarantines, of which Kramer’s classic also reminds us. Where did legitimate fear stop and paranoia begin? Or can we even know that?

Today, HIV/AIDS  is manageable but in its early years it was a collective nightmare. Great improvements have been achieved and it is wise to get checked for HIV by your doctor, no matter what your sexual orientation is or has been. Your privacy is protected by law.