REVIEW: With “Jojo Rabbit”, Love Is All You Need 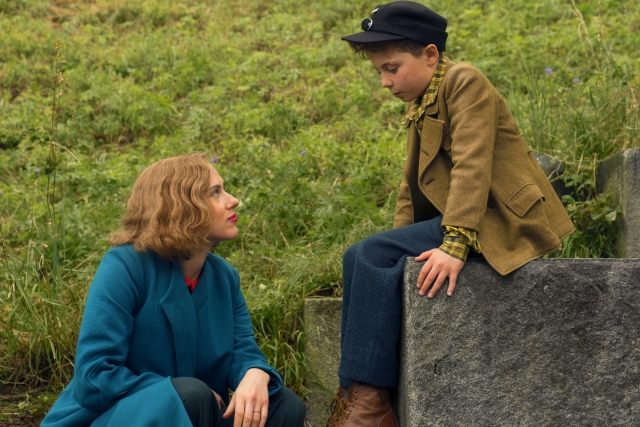 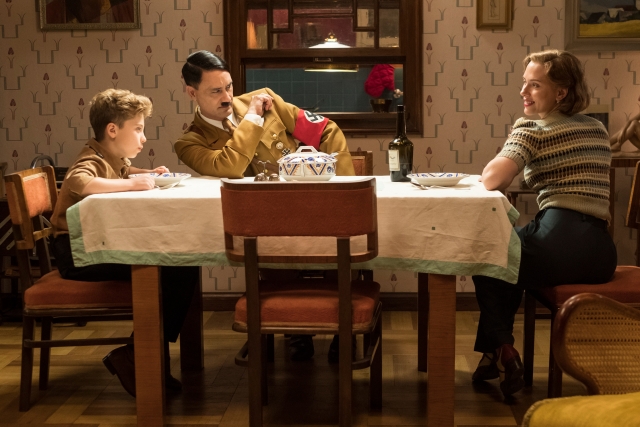 It’s not too much of a shocker to point out that, in certain circles across the country, support for malignant and odious ideologies—namely, white nationalism and racial bigotry—has become much louder and public in recent years. With the horrors of the 2015 shooting of black churchgoers by a self-avowed white supremacist in Charleston, the 2017 rally of Neo-Nazis and fascist fanboys in Charlottesville, and the tragic synagogue shootings in Pittsburgh last year and Poway, CA this year, it’s downright sickening to see such obvious hatred for other human beings threatening to become “normal” in our society when it’s anything but.

While countless conversations can be made on the various, complex facets of this dark phenomenon, one always has to wonder aloud: how does this hatred come about in the first place? How do people learn to hate and fear others? Who or what molds their minds to perceive the world in such twisted fashion? Most importantly: how do we as a people reverse this poison and instill in others the redeeming value of love, empathy, and compassion?

New Zealand filmmaker and actor Taika Waititi is more than happy to touch upon these questions in his latest, the delightful, nimble, and characteristically charming dark comedy Jojo Rabbit, a film that certainly walks a thin tightrope of taste in a day and age where Mel Brooks-style satire may not be as easy to pull off today as opposed to five decades ago.

In the twilight of World War II, ten-year-old German boy Johannes “Jojo” Betzler (a spectacular Roman Griffin Davis in his film debut) is the ultimate Hitler fanboy. Feverishly patriotic and dreaming of being a member of Adolf’s personal guard one day, Jojo and other young Germans like him—like Jojo’s pudgy buddy Yorkie (a hilarious Archie Yates)—are busy being brainwashed at a Nazi summer camp led by the likes of Capt. Klenzendorf (Sam Rockwell) and Fräulein Rahm (Rebel Wilson). All along the way, Jojo converses and confides in his imaginary friend, who just so happens to be a dimwitted version of Hitler himself (Waititi himself in all his loopy glory).

However, when young Jojo can’t bring himself to cave to peer pressure by older Hitler Youth at the camp to kill a defenseless rabbit, the boy is mocked with the nickname “Jojo Rabbit”, leading him to attempt to prove himself with a reckless act of supposed bravery that ends up sending Jojo to the hospital. With his actions causing Klenzendorf to be demoted to office work, a convalescing Jojo returns home to the arms of his loving mother Rosie (a magnetic Scarlett Johansson), who is raising her son solo while her husband is supposedly fighting in Italy for the Third Reich.

Jojo’s life is turned upside down, however, when he discovers that a teenaged Jewish girl named Elsa (Thomasin McKenzie, absolutely brilliant) is hiding in his attic. Discovering that his mother has been harboring and protecting Elsa despite the latter being a Jew, Jojo is unable to report this to the Gestapo for fear of Rosie being arrested. Forced to enter a shaky truce with Elsa, Jojo’s Nazi-inspired worldview slowly begins to crumble, realizing that he may have been on the wrong side all along.

Waititi, a Maori comic of Jewish descent who built up serious indie cred for his quirky Kiwi-based comedies like Hunt For The Wilderpeople and What We Do In The Shadows before hitting it big with 2017’s delightful Marvel Studios smash Thor: Ragnarok, clearly draws inspiration from the delirious comedy of the aforementioned Brooks, using truly awful people as comedic cannon fodder in the ultimate goal of pointing out to the audiences just how foolish and blind such bigots are.

The difference, however, is that when Brooks directed comedy classics such as The Producers and Blazing Saddles, such outrageous satire was a relative novelty in the 1960s and 1970s. It was unheard of to see provocative works on race relations dressed up as a live-action Looney Tunes feature, but in 2019, where everything and anything is politically charged and real-life tensions are at an all-time high, was it really wise or even appropriate for a film such as Jojo Rabbit to be made, even though the jokes are at the expense of some truly terrible people?

Waititi seems to realize what a delicate balancing act he’s tasked with in adapting Christine Leunens’ acclaimed novel Caging Skies for the big screen. How can you produce a darkly-tinged comedy about Nazi Germany without tripping into poor taste and insensitivity considering the real-life horrors of that time period?

Luckily, despite what some marketing materials may tell you otherwise, Waititi wisely avoids cartoonishly broad comedy for the majority of the film. Even though Waititi portrays the most fanatic members of the Reich as nothing more than goose-stepping bully morons, and the man himself hilariously skewers Hitler as an idiotic brat playing the dense devil on Jojo’s shoulder, the heart of Jojo Rabbit is the thesis that love, not hate, will always prevail in the end.

That attitude is personified by Johansson’s Rosie, a warm and unapologetically affectionate soul who worries about her son’s blind loyalty to the Fuhrer, attempting to appeal to the obvious glimmer of good in the boy’s soul as he struggles to fit in with the “cool” crowd. It’s clear from the start that Rosie is not onboard with Hitler’s vision for the country, and Johansson delivers one of her finest performances to date here.

In fact, the film’s biggest strength is its fantastic cast, led by a revelatory Griffin Davis and a superb McKenzie as the seeming “enemies” whose enmity slowly thaws as Jojo comes to realize that the Jewish people aren’t the horrible people his Nazi elders claim them to be. The young actors’ chemistry is dynamite, with Griffin Davis’ childish naïveté clashing beautifully with McKenzie’s playfulness and wounded world-weariness, especially considering the terrible circumstances of how she got here.

Said circumstances are not lost on Waititi, as the second half of the film offers emotional depth and pathos that tempers any farcical material that establishes Jojo Rabbit earlier on. We see, through Jojo’s eyes, the false promises that blind fanaticism offers, and the harm and tribulations that prejudice and bigotry unleash upon innocent people. For Jojo himself, he’s nowhere close to being the Nazi he claims to be. As Elsa so succinctly puts it:

“You’re not a Nazi, Jojo. You’re a ten-year-old kid who likes dressing up in a funny uniform and wants to be part of a club.”

While some may assert that Waititi isn’t as biting as he should be in his anti-hate satire, and while the proceedings may not be to everyone’s tastes, the filmmaker should be commended for balancing silly humor—including the best-ever “one time only” use of the F-word in a PG-13 film—with genuine emotion and a sincere advocacy for embracing love and kindness in the face of the uglier side of humanity.