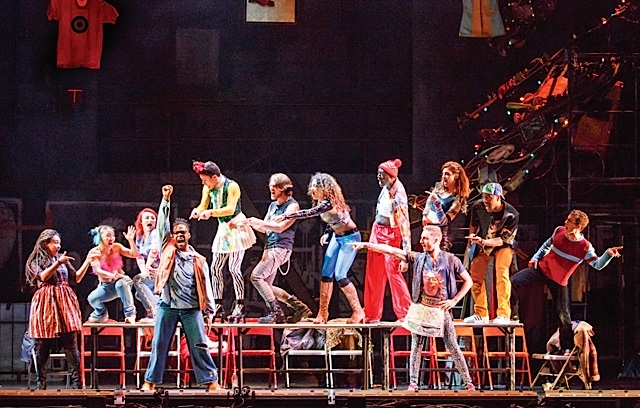 The 20th Anniversary tour of Jonathan Larson’s Rent proves that the 1996 rock musical stands the test of time. Later productions would seem to be exiled to live in the shadow of the show’s early actors who would become icons of sorts: Anthony Rapp, Adam Pascal, Daphne Rubin-Vega, and Rosario Dawson. However, the tour is fully owned in spirit by its perfect cast of a younger generation. Danny Harris Kornfeld’s Mark hits the mark. Kaleb Wells’s Roger is wrenching. Skyler Volpe’s Mimi devastates. They win our hearts.

Rent draws great audience love vibes from genderbending Angel and her boyfriend, Tom Collins, and the audience the night I attended was in raptures over David Merino and Christian Thompson in those roles. However, what makes Rent and this tour so remarkable is that every single tune is so richly and fully embodied. Even if you know the tunes well, it’s as if you are hearing them anew. You realize your are on a musical odyssey of the human spirit. Tim Weil’s music supervision simply astounds. 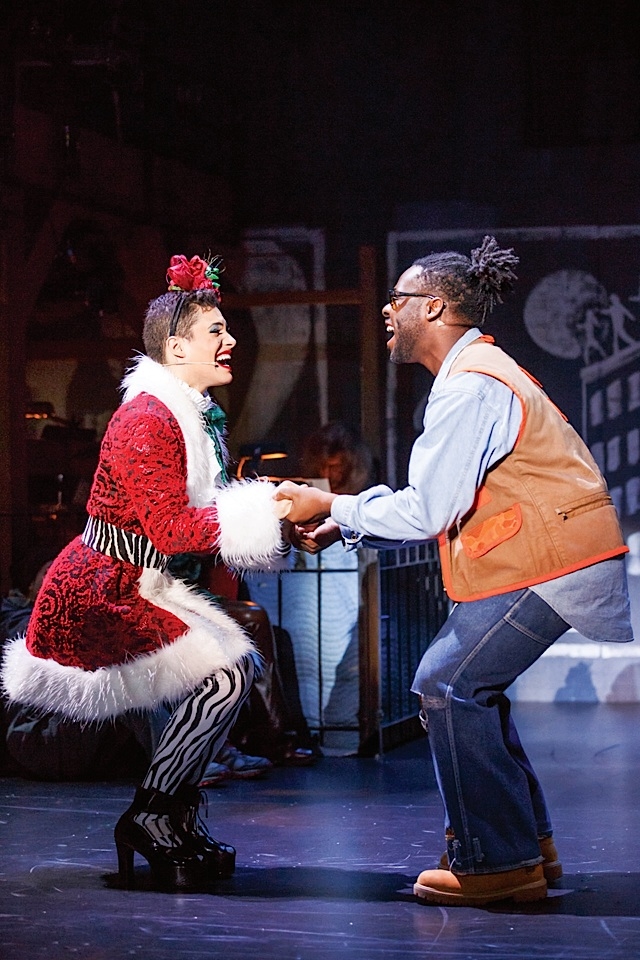