Beginning in October 1998—during the first 15 months of their existence—the Washington Renegades may not have changed the world, but they sure shook up the rugby universe.

Before that time, just over 10 years ago, only two gay rugby clubs existed. One was in England; the other, New Zealand. Yet Washington, D.C.—filled with international people—was a rugby hotbed, too. When Mark Hertzog advertised a meeting for a new gay rugby club, 12 men came to his apartment. 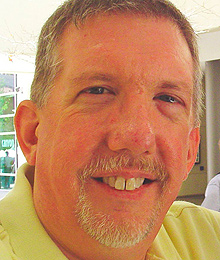 Only half had ever played the game. And that first night’s enthusiasm faded a bit the next afternoon, when six players showed up to train. Over the next several months, the Renegades had what Hertzog calls “two or three more near-death experiences.” They struggled to draw enough committed players to survive as a self-described “openly multicultural, predominantly gay team in ‘mainstream’ men’s rugby.”

The decision to call themselves “multicultural” was important. Some members were active-duty military personnel and reservists. “We didn’t want the club to be so exclusively gay that it would be a red flag for the military,” Hertzog explains. “And as gay men, we’ve been excluded from things so often that we couldn’t exclude others.” In fact, many of the military members were gay—though the Renegades did not ask or tell.

“Multicultural” also meant that the Renegades sought to recruit men of color, who were (and still are) underrepresented in rugby clubs generally. The Renegades sponsored booths at events like Black Pride, and Hispanic and Asian festivals. In the first year, nearly half of the members were men of color.

The Renegades also welcomed older players—some returning to rugby after a long absence, others (like Hertzog) first learning it in their 30s or 40s.

The club attracted a “straight but hip” coach, Mika Buffington, who worked in a health club in a gay neighborhood. He suggested the name “Renegades.” (Hertzog had pushed for “Rainbow Warriors.”)

Reaching what Hertzog calls “the threshold of confidence” took time and work. The hardest part was getting consistent numbers at training. But players were committed to building the club, and by the summer of 1999 it was clear they would succeed.

In that first year, two other gay rugby clubs arose: the San Francisco Fog, and one in Buenos Aires. Gay rugby had reached a critical mass.

In the early years, the Renegades set a tone of fun that has continued for a decade. They gathered together to watch The Wizard of Oz, and inaugurated a poetry slam. They reached out to Washington’s gay community, too, taking part in AIDS walks and running in a high-heel race (one player was dressed as Nancy Reagan).

But make no mistake: From the start this was, first and foremost, a rugby club. They had officers, a schedule, a little money in the bank, and recognition from the local rugby league, and they were beginning to earn respect at area tournaments. In true rugby fashion, they were building a lasting brotherhood.

In just over a decade, the Renegades have become an established part of Washington’s amateur sports scene. Gay rugby, meanwhile, flourishes worldwide. In October 2000, the Renegades helped establish the International Gay Rugby Association and Board (IGRAB). Based in London, it includes teams from England, Scotland, France, Ireland, South Africa, Argentina, the U.S., Canada, and New Zealand. IGRAB also includes individual players from around the world.

As the Renegades celebrated their 10th anniversary on December 6, current vice president Dino looked back with pride. “Being half-gay and half-straight is pretty close to a non-issue,” he says. “During our first few years there was drama, and plenty of losses. But this past fall we were 7-1.”

In May of 2001, the Renegades hosted the first IGRAB tournament. Among the players was San Francisco’s Mark Bingham. It was the last time he played; on September 11, he was one of the heroes who sacrificed himself to save hijackers from flying United Airlines Flight 93 into—ironically—the White House or Capitol in Washington, D.C. The Renegades have participated in every Mark Bingham Cup since its inaugural in 2002.

Hertzog—who moved to North Carolina in 2000 and has, late in life, just started law school at the University of Arizona—also feels proud of the Renegades’s first decade. “Their webpage shows them in front of the Taj Mahal,” he marvels. “Seeing the international movement they’ve been a huge part of growing just blows my mind. In addition to all they’ve done, they gave groups around the country and the world the confidence to make similar things happen. I feel wonderful to have been a small part of that.”