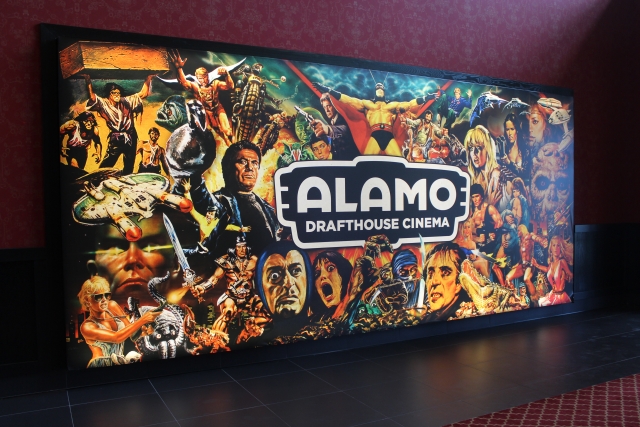 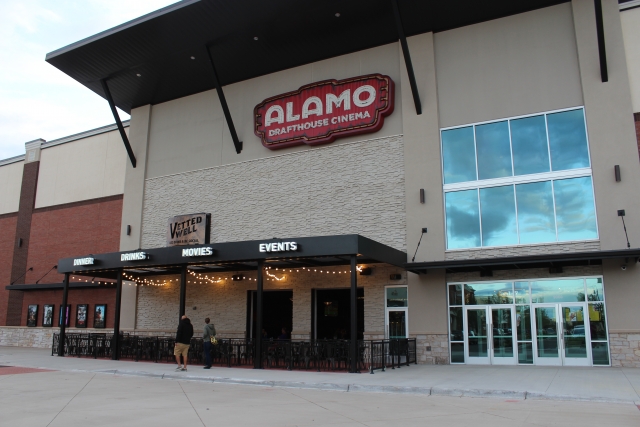 As a lifelong lover of cinema, I remain steadfast in my belief that a motion picture deserves to be seen—at least at first—in the comforting confines of a movie theater. You can watch a flick on your TV, laptop, or iPad all you want, but give me a dark theater, a massive screen, and surround-sound any day. Going to a movie should be a special affair, and clearly, the famed Alamo Drafthouse agrees with me.

Twenty years after opening its first movie house in its current headquarters city of Austin, Texas, the famed Alamo Drafthouse Cinema franchise has finally opened the doors of a new location for the Twin Cities, located in the Woodbury Lakes Shopping Center in Woodbury. And according to Alamo Woodbury creative manager Tim Holly, the choice of location was a no-brainer.

“Whenever they go into a new market, they’ll pick a suburb first and make it a destination,” says Holly. “Because Woodbury’s such a rapidly-growing community, they decided this was kind of a prime opportunity… and it’s also kind of a destination from the east side of St. Paul and also Hudson.”

While there are a number of big-name theater chains out there, the Alamo Drafthouse franchise has made a name for itself as a brash, irreverent destination for all shades of film lovers, showcasing everything from first-run mainstream films and arthouse indie flicks, to a range of repertory programming such as 1930s classics, obscure grindhouse gems, and children’s programming.

On top of that, the Alamo is home to a full restaurant experience that delivers drinks and made-from-scratch meals directly to moviegoers’ seats in the theater. Feeling like noshing on a sumptuous grilled cheese and a strawberry cheesecake milkshake while sitting in a comfy leather recliner and watching the latest superhero yarn or romantic comedy? Alamo’s got you.

But the best and most infamous part about the Alamo Drafthouse experience is its refreshingly no-B.S. approach to talking and texting in the movie theater. The franchise made a name for itself with its movie theater etiquette policies, strictly enforcing them by giving noisy patrons the boot after a verbal warning.

“I think other theaters have that policy, but I don’t think they enforce it,” says Holly. “We do enforce that policy regularly. It’s a little bit easier for us to enforce it because of the serving in the theaters: we have drink service running throughout the movie, so we have servers popping in and out, keeping an eye on things.”

In fact, prior to my screening of the Fred Rogers documentary Won’t You Be My Neighbor? (during which I totally did not tear up, nope, no sir, not once), Alamo played a hilarious promo video hammering its “no talking, no texting” policy straight home. And even that was just a small part of Alamo’s excellent overall presentation. From the cabaret-style reserved seating and the infotaining pre-show programming, to the hallways lined with vintage movie posters and even the delightful touch of the wallpaper having a 35mm film design, the Woodbury Alamo is definitely something special.

The Alamo Drafthouse also hosts “Alamo For All” sensory-friendly screenings every Tuesday for shows prior to 2:05 p.m., open to all ages, including infants; the sound is turned down a touch, and patrons are allowed to talk and move about the theater.

And most importantly, the Alamo Drafthouse is a venue for movie fans, by movie fans.

“(The programming) completely varies by market. At this point, we’re going to do a wide range, and we’re going to mix it up as much as possible and see what people are coming out to see,” says Holly. “My goal as creative manager is doing a nice, wide spread of all stuff: obscure genre stuff, to classics like Back To The Future and E.T. and Lawrence of Arabia. So we’re going to be seeing what this market wants.”

Seeing as how popular Alamo Drafthouse is across the country, it’s not too big of a leap to assume that the Twin Cities market will want everything that the Woodbury location can throw at them. For yours truly, it’s an experience worth having over and over again: excellent service, delicious food, a great atmosphere, and, of course, getting to watch movies the way they’re meant to be watched.

“We treat all the screenings the same: making them the best viewing experience possible,” said Holly.