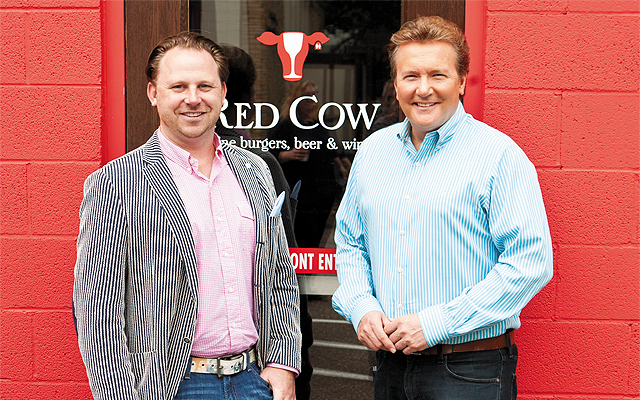 A familiar name has crossed the river into St Paul; restaurateur Luke Shimp has opened a second Red Cow a little more than a year after scoring a big hit with his first location in Edina. His newest offering is on Selby Avenue in the tony Cathedral Hill neighborhood of the saintly city. “It’s a 21st century tavern with gourmet fare,” Shimp enthusiastically offered up. “We have craft beers on tap, often rotating with six new beers a week. There is a nice selection of fine wines and we have craft cocktails with what I think is a Red Cow twist. They stay true to the origins of the drinks but with that little mixologist twist.” Giving people what they want is not a new skill for Shimp. He was one of the founders of the Blue Plate Restaurant Company which operates several successful restaurants around the Twin Cities. All this got me to wondering, why keep the same name for his second restaurant? “You know in my past life, we had different names for all of our restaurants and we were very successful with that, but I wanted to build more of a brand. Also, from a more selfish standpoint, it’s easier to manage with just one name and brand,” he explained. 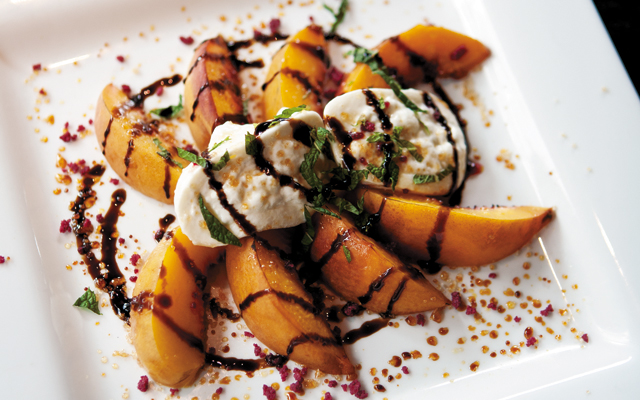 Shimp is planning to add to his herd, he’s signed a lease for another Red Cow location in Minneapolis North Loop neighborhood to open early next year. And that’s not all that’s coming down the trough. “Ultimately, the end goal is to have more restaurants but I don’t want to saturate the Twin Cities market. I don’t want to become this big behemoth chain. I’d like to see maybe seven to ten Red Cows in multiple states, maybe Colorado and Washington. I’m kind of an urban guy who really loves the city and neighborhoods.” The latter are markets Shimp says have an almost identical psychographic makeup as the Twin Cities. Translation: they are a lot like us and we like the same stuff. “There are a lot of people doing burgers, craft beer, and cocktails, but there’s really no one putting it all together in one package. And I felt now is the time to do that.” He’s probably right about that. On the afternoon we visited the new Red Cow to graze on some menu items, the place was packed. Clearly, word of mouth is paying off. Or maybe it’s the deliciously satisfying food that is being delivered to those eager mouths. 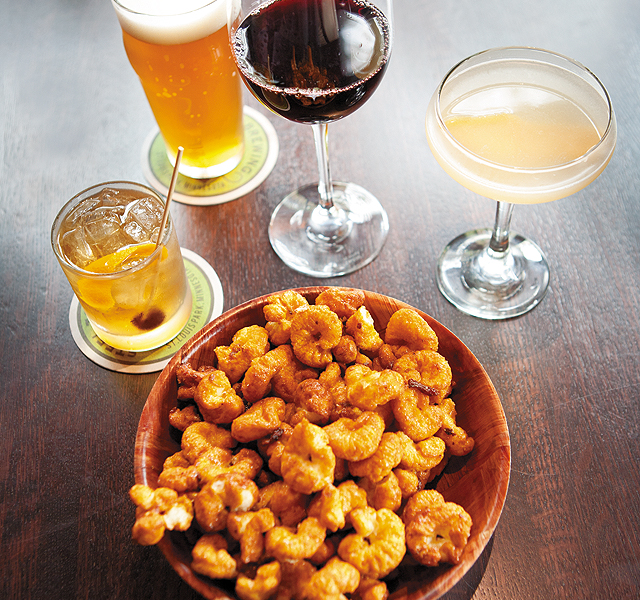 Caramel Puffcorn with Bacon: get everyone their own bowl, because this stuff goes fast. Photo by Hubert Bonnet

“Who doesn’t love caramel corn and who doesn’t love bacon?” Shimp exclaimed. “One night, I was sitting at home making caramel corn for my sons and there’s some bacon in the fridge and I thought, ‘Maybe I’ll try a little of that.’ It turned out to be a perfect bar snack.” And it has become a menu favorite. Even though Shimp can cook, he credits his team of chefs as the ones who really deliver the goods. One of their most popular items is the poutine. 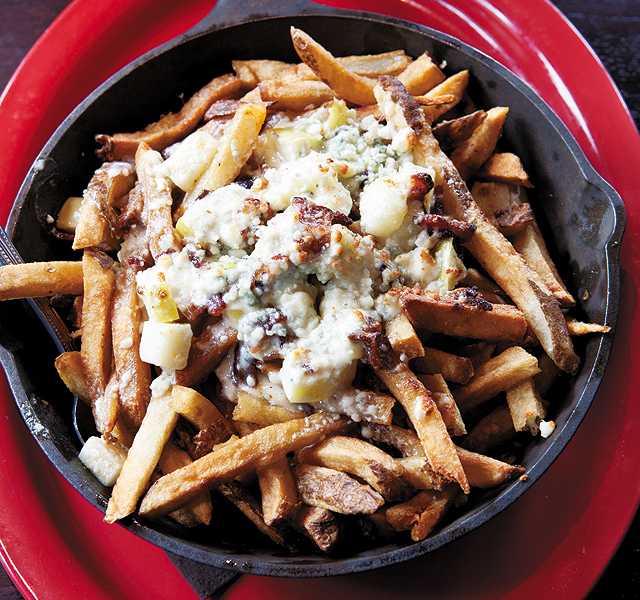 A traditional poutine is a Canadian dish of French fries, cheese curds, and beef gravy over the top. One of the two Red Cow twists on poutine tops the fries with apples, bacon, and blue cheese. And trust me, it is indecently good (and gluten-free). Alert: wear a larger belt with more holes so you can expand it for this one. A few of the St. Paul-specific features include the Roasted Peach & Burrata starter, the French Onion Burger, and the Irish Coffee Float. The Roasted Peach & Burrata starter delights the tongue with oven-roasted peaches, fresh burrata, hibiscus salt, and a balsamic reduction, covered with raw sugar and torched as a brûlée. Impressively simple and so very summery. 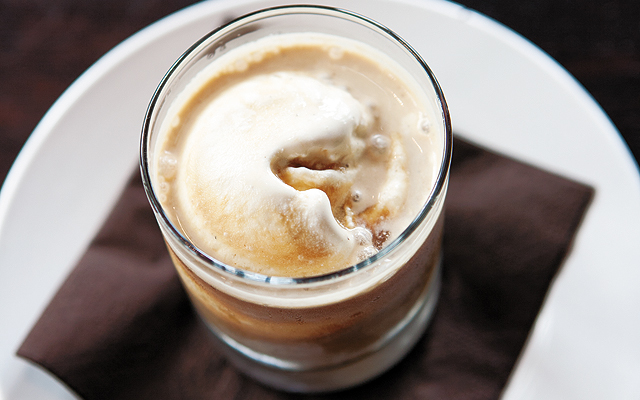 Irish Coffee Float; a sweet end with a little buzz thrown in. Photo by Hubert Bonnet

Born from the Twin Cities burger battle, this new addition to the “cows” extensive burger lineup is impressive. It features a local grass-fed beef patty piled with Tillamook white cheddar cheese, caramelized onions, and Yukon Gold potato chips with chive sour cream “dip,” all on A Baker’s Wife bun. Finish your meal with an Irish Coffee Float and a Skillet Chocolate Chip Cookie Sundae. They’re cool tastes of old flavors. The menu also boasts many gluten-free items, just look for the GF designation. Shimp says he and his team plan to continue to innovate, but one recipe will stay the same: 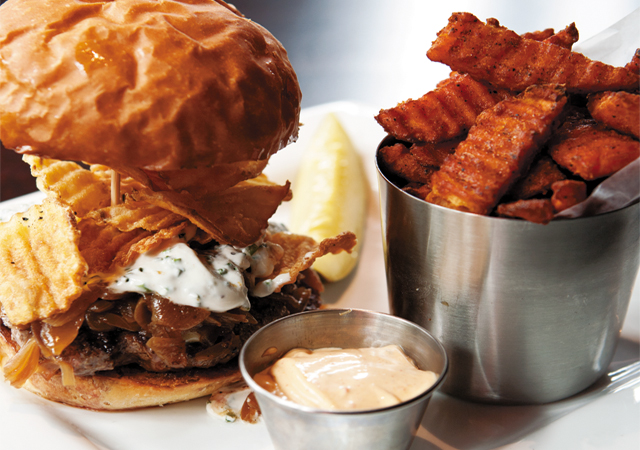 “A lot of times people ask for the secret sauce and one of the things I learned from my past life success with Blue Plate is living the mantra: we are one with the community. It’s more than a geographical location. We want to be a place where people come and gather and that’s really the true definition of a tavern.” Red Cow 393 Selby Avenue, St. Paul, MN 55102 651-789-0545 www.redcowmn.com