Rasmussen’s Dreamy Vision – “Ride the Cyclone” at the Jungle 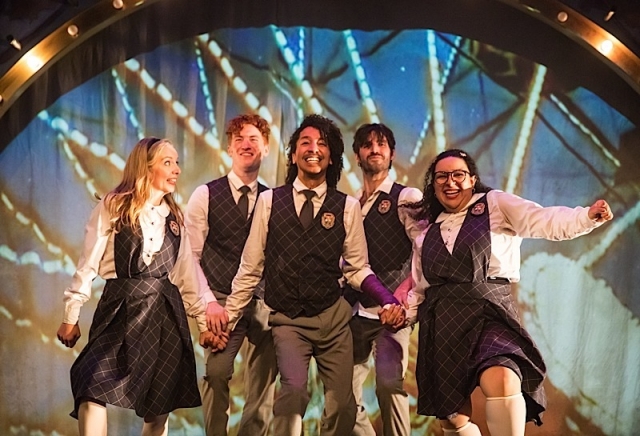 In some her best work yet as the Jungle Theatre’s Artistic Director, Sarah Rasmussen has staged Ride the Cyclone with a mastery of great visuals and aurals alchemized with flesh and blood actors. However, the actors don’t play flesh and blood characters. They play spirits of five teenage choir members who have abruptly been killed in a freak roller coaster accident—not to mention one mechanized object, a mystery figure, and one human-scale rat. 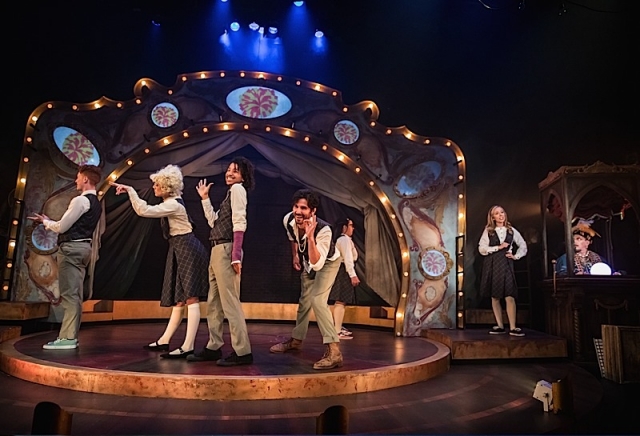 The setting is a kind of limbo zone cryptically designed with a run down carnivalesque funhouse look by Chelsea M. Warren. At stage left, a gnostically mechanical Jim Lichtscheidl sits in a box as Karnak, a fortune teller. His function is to oversee a contest between the choristers plus an additional spirit sprung from a new corpse, one Jane Doe. The prize: you get to go back to life as we know it. 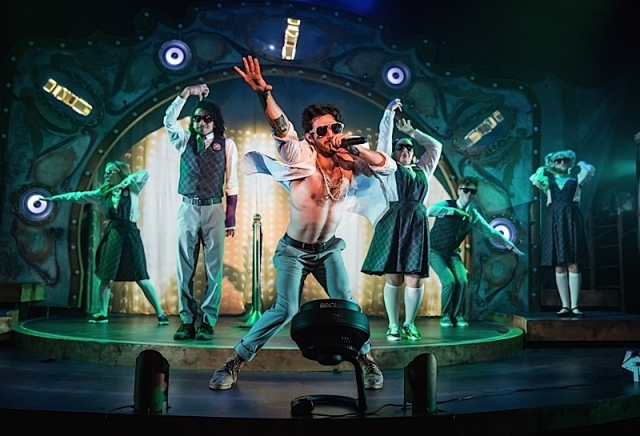 Ride the Cyclone’s book, music, and lyrics by Jacob Richmond and Brooke Maxwell are in essence a showcase for the desperate contestants to tell their personal stories and express their very heightened feelings. Joshua Zwick sparkles as the gay kid. Michael Hanna takes a transformationally macho turn as a Ukrainian immigrant. Gabrielle Dominique as Constance will likely be the one who the audience roots for because not fitting society’s beauty standard has undermined her access to equality, and a hilariously obnoxious performance by Shinah Brashears as Ocean, her narcissistic friend. Jordan Leggett endears as a teen with disabilities in life, but who loses his infirmity in the musical’s limbo-like zone. 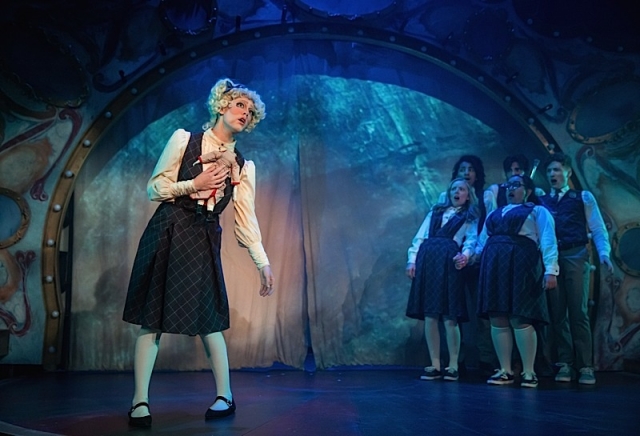 In contrast, Becca Hart cuts a macabre figure as the mysterious Jane Doe. These performances are charmingly choreographed by Lichtscheidl with first-class music direction by Mark Christine. All voices reverberate the wit and glory of a score that may well end up earning classic status. A very good reason to see Ride the Cyclone so you can tell your grandkids. 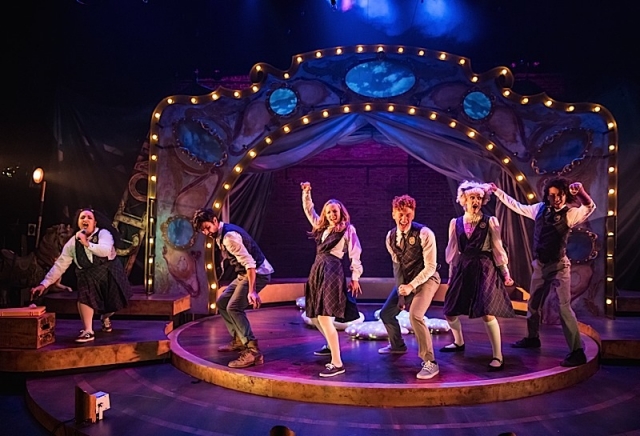