Randy Harrison Talks About The Twin Cities and Musical Theater 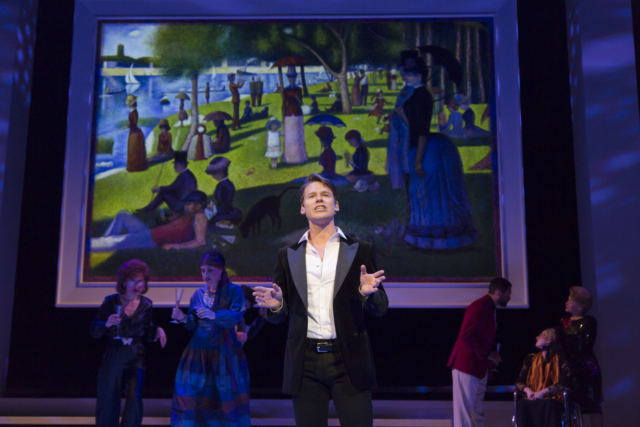 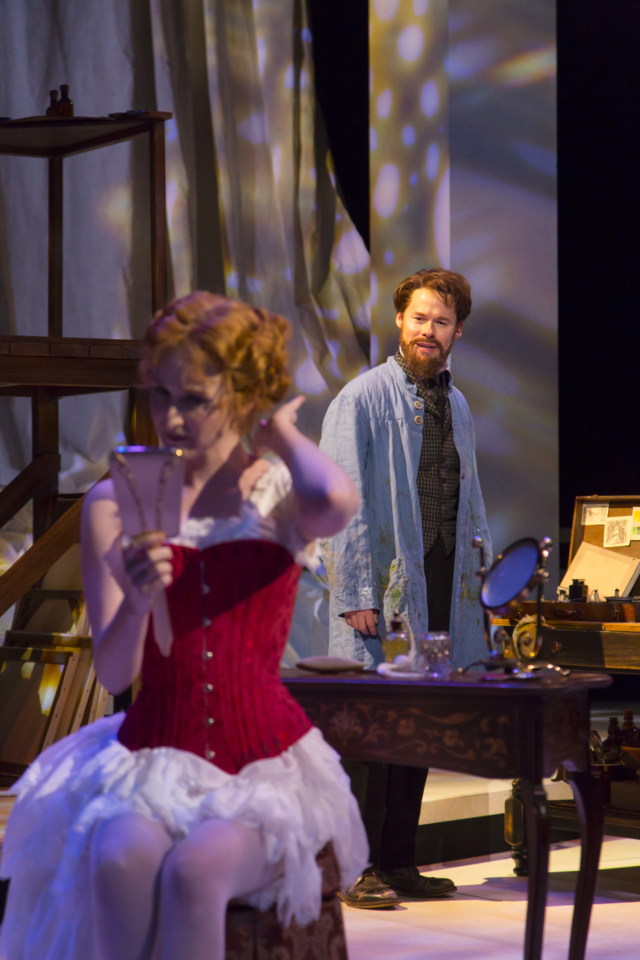 Ten years ago Randy Harrison made his Guthrie Theater debut in The Glass Menagerie. Since then, the former Queer as Folk television star has ascended as a musical theater actor of national and international significance. Last year, local audiences were amazed at his superb leading performance as the Emcee in the national tour of Kander and Ebb’s Cabaret presented by the Hennepin Theatre Trust. It gave area audiences a first-hand look at just how much he has grown and evolved as actor since his first Guthrie stint.

Nowadays, Harrison is back at the Big G in the dual lead roles in the Guthrie’s Sunday in the Park with George. This performance only strengthens his reputation in the musical theater genre. He spoke with Lavender recently about being back in Minneapolis and his illustrious career in musical theater. 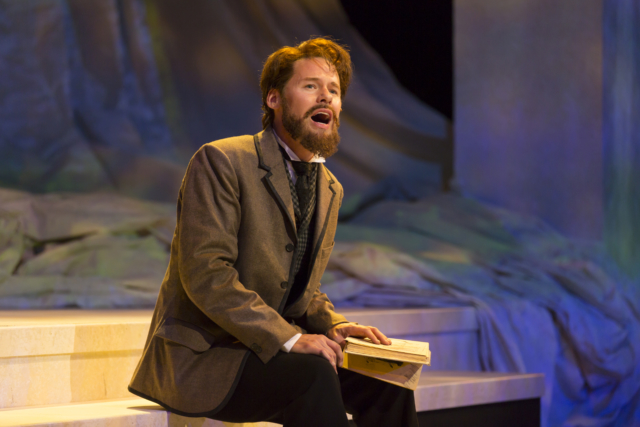 JT: You have now come to be familiar with the Twin Cities over a period of time. Are there any places here where you like to go to relax, dine, sight-see?

RH: Until Sunday in The Park with George, I’d only spent time here in the late fall and winter, so its incredible now to have access to all the Twin Cities offers in the summer. The lakes, incredible bike trails, lots of green space for picnics, the sculpture garden. When I was here 10 years ago for The Glass Menagerie I found myself in Uptown a lot. This time I’m finding myself in Northeast and North Loop neighborhoods more often. I always love the Walker.

JT: You have really come into your own as a major musical stage actor. Boq in Wicked must have been quite an experience.

RH: My time in Wicked was very brief.  I was a vacation replacement for Christopher Fitzgerald, who originated the role of Boq.  He had another engagement that took him away for five weeks, so I went into the show while he was away.  Even though this was close to the beginning of the run on Broadway, Wicked was already a finely tuned machine. It was fascinating to be a cog in something so large and already massively successful.

JT: Your Emcee in Cabaret is on a par with the best I have ever seen play that coveted and demanding role. What did you do to prepare for that?

RH: I read most of Christopher Isherwood, most deeply, Berlin Stories and Christopher and his Kind.  Everything that he wrote about his time in Berlin during that period.  I researched Weimar Cabaret and the film scene, the performance art scene, the dance scene happening in Berlin at that time. The social, political, cultural situation.  And I watched every version of Cabaret I could get my hands on and listened to a ton of Kander and Ebb and Kurt Weill.

JT: In Sunday in the Park with George, do you see a DNA or reincarnation element between the dual-roles you play: one in the 19th, the other in the 20th century, Georges the French painter and George the American post-modernist?

RH: For me, its a mistake to think about the two George’s too literally. Act Two George is BOTH Georges Suerat’s great grandson and George Seurat himself. It’s a moment of magical realism that makes deep thematic and emotional sense but doesn’t follow a simple logic. In rehearsal, we talked about Act One and Act Two George being photo-negative reflections of each other. Each George possesses an abundance of something the other George lacks, and both are thwarted or stuck in opposite ways. It is not until the characters from Act One return in Act Two that both Georges are integrated in a way, finally complete, and able to move forward in a whole way.