Queer Content at Fringe Fest 2012 Will Entertain, Stimulate, and Provoke 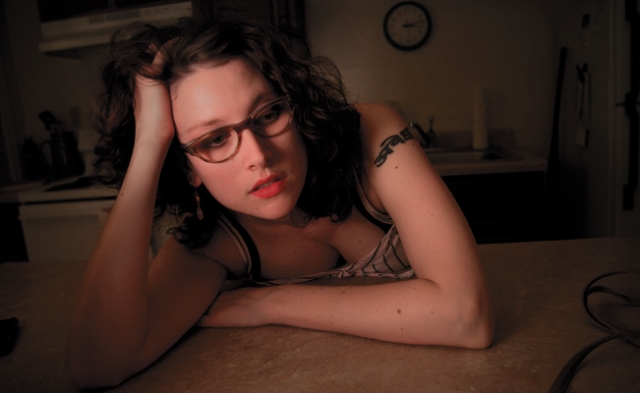 If you want great opportunities to see queer-oriented performing arts work by local and national artists, the Minnesota Fringe Festival offers that at 15 various venues throughout Minneapolis and St. Paul from Aug. 2 through 12. Check their website fringefestival.org to see where shows are playing because sometimes assigned venues change. Be assured that if you catch several queer shows—which all last no more than an hour—you will feel empowered with new information, new perspectives, and new energy.

Playwright Gemma Irish examines the problem of infidelity. She shares, “I thought I was writing a play about two people—a married man and his female friend—who can’t control their desire for one another. But the more we dig into the story, the more I realize that this is also a play about two women, about female friendship, the male gaze, and systematic disempowerment.” Director Amanda White employs what she calls “lyrical movement” in the actors’ execution of the script. Actor John Bennett says, “I think if we did the story completely silently and only with movement it would have a similar effect.”

Storms Beneath Her Skin

Chicago transgender performer Rebecca Kling says her one person show “explores the one thing everyone thinks they know about trans women: The Surgery, capital T, capital S. But while most people know about The Surgery, they don’t know what it involves—the process itself, the emotional and mental journey it takes to decide to undergo knife cutting flesh. I think that taboo mystery is unhealthy, damaging to a safe life as a trans woman, and so I try to demystify. I explain, in very frank and straightforward terms, what my process has been, what’ I’m excited about, and what I dread. And, hopefully, everyone leaves with a more human, and less ‘Jerry Springer’, idea of what it’s like to move through the world as a trans woman.”

Tales From A Twisted Universe

Playwright Mic Weinblatt has developed his own vibrantly overblown comedic style that’s reminiscent of the great ’60s film icons like actor Peter Sellers and director Blake Edwards. He has a way of turning supreme silliness into a pathway to understanding how controlled we are by sexual and gender stereotypes. Two of the plays in this set are queer-oriented. Geshundheit is about a chance encounter at a cafe where an eager, lonely man reaches out to a stranger after a sneeze and learns his secret. A Lovely Day For A Polar Bear has a biblically-inclined woman and a contemplative man clash at a zoo, of all places!

What happens when a lesbian who has been assaulted suspects she may have misidentified her attacker? That’s what drives lesbian writer/performer Katherine Glover’s new solo play. She plays a character named Megan Shepard, who, as Glover puts it, tells the story “first, of an assault and its aftermath and later of her discovery that the man she sent to prison may in fact, be innocent. The idea was to look at how wrongful conviction affects other people, not just the wrongfully imprisoned, but also their families, and the crime victims, and even the people in law enforcement who are responsible for the mistake. It’s a story that’s not told as often.”

New York-based Shelby Company glories in what playwright Jonathan A. Goldberg calls “a big fast-paced campy farce the celebrates the 1950s and plays off the tropes, styles, and quirks of ’50s movies from noir to sci-fi to Douglas Sirk.” The heroes include a washed up typesetter and a sexy librarian who ward off wolf-man communists, a madwoman whose hands have been locked away, and a mysterious playboy war hero named Sam Serif. Also, Dwight Eisenhower runs around with a fake mustache. Rod Kinter has staged the fights with slapstick in mind: rubber chickens, sausage links, robots.

The Dirty Curls have found their local niche as a ‘naughtybilly comedy band’ with such instruments as banjo, guitar, and ukulele. Curl Grrrl Courtney McClean says this family-friendly show is “about love! Love of people, cats, people’s right to love each other, objects we love (like body pillows), and stupid things we do for love. We will most certainly comment about the vote coming up in November.” Get ready for fighting cats, untimely bodily functions, and love’s collision with donuts.

A Comedy of Edits. Photo by Amy Duncan Lingo

A Comedy of Edits

Acclaimed lesbian storyteller Allegra Lingo has co-written her first actual play with out gay writer Taylor Brorby, whose commentaries on the marriage amendment have appeared on Minnesota Public Radio’s website and the Star Tribune. Lingo and Brorby play the characters ‘The Writer’ and ‘Stephen’. While stuck on a hotel balcony overlooking the Atlantic, they keep company with such fabulous figures as Virginia Woolf, James Joyce, mermaids, and Mick Jagger. Lingo says the show’s “undercurrent revolves around the courage necessary to live and work authentically, not swayed by the whims of the external audience. It’s not an easy task, whether someone strives for that authenticity in their creative work or their identity, but I think those who are successful are the ones who are able to experience and live life to the fullest extent.”

Queer-identified playwright Kaylynn Raschke’s farce is about two sisters on the eve of their father’s 70th birthday. The older one is into food and stars in a reality TV show. The younger is a has-been Hollywood starlet. Through an odd turn of events, the lesbian producer of the reality TV show gets entangled in a sort of love triangle with the sisters. And hints of a same-sex wedding occur. In the midst of all this are concerns that the ex-starlet has breast cancer. Raschke says her play “challenges you to think about what is forgivable in the face of mortality.”