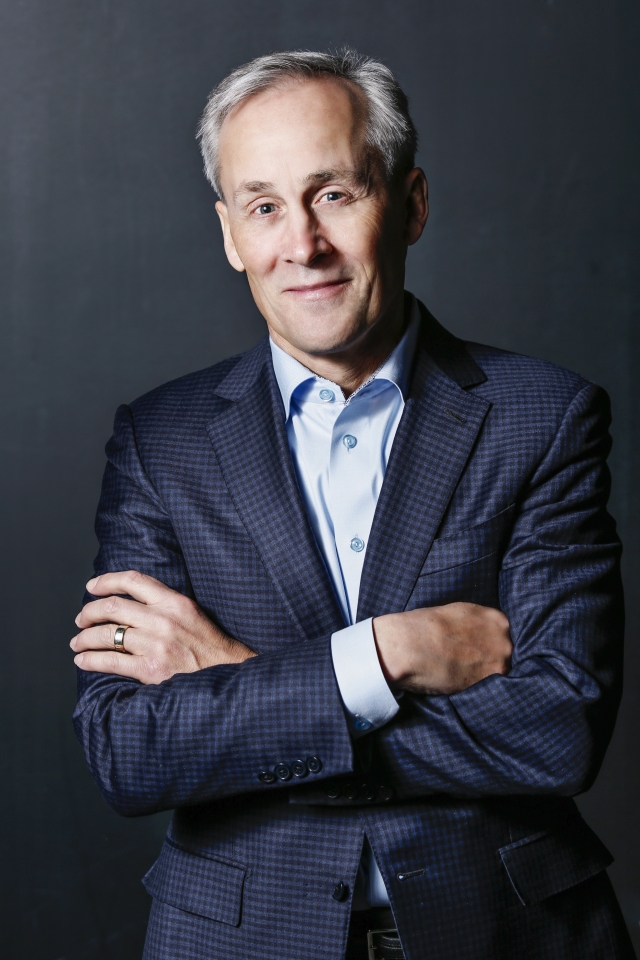 The 2015-2016 season at the Hennepin Theatre Trust is definitely one to write home about. Last month, Hennepin Theatre Trust revealed its stellar Broadway season, featuring Broadway’s hottest Tony Award-winning shows, seven Minnesota premieres and returning favorites. Everyone is sure to find something they’re excited about in downtown Minneapolis this season.

Tom Hoch, Hennepin Theatre Trust’s president and CEO, took the time to answer some questions about the upcoming season. He has been involved in managing and programming the historic Orpheum, State and Pantages Theatres in downtown Minneapolis since the mid-1980s, in addition to recently launching the New Century Theatre which fills the needs of smaller, local productions. In 1996, Hoch initiated the six-year effort to save and restore the Pantages Theatre. He also gathered the support of local property owners for streetscape improvements that grace much of Hennepin Avenue today.

How do you go about deciding which shows to bring to Minneapolis?
Tom Hoch: Thanks for the opportunity to share some information about Hennepin Theatre Trust’s new 2015-16 Broadway on Hennepin touring season. Every year when we announce our new season, I say this this is the best one! And I really do think they’re all spectacular, each one better than the last.

When booking a season — which is a collection of 8 to 10 touring Broadway shows — we consider many factors, such as whether the production is new or whether it has been recently re-staged, how it has played on Broadway and elsewhere and, of course, whether it possesses the quality and diversity of programming we seek for our patrons. If a production we wish to secure is touring, we need to determine whether the show’s tour schedule fits with our theatres’ availability. Will the timing allow the production to travel efficiently and avoid crisscrossing the country? Full season subscribers who have been with us for many years usually desire both familiar shows as well as those that are new. So in 2015-16, we have seven productions that have never been here before, including three new 2014 Tony Award winners! We also have many returning favorites, like Disney’s The Lion King.

What shows are you most excited about this season? Why should theater goers be excited?
TH: A Minnesota debut direct from Broadway is a huge programming coup, and we have two direct from Broadway productions this season. First, we have the Tony Award-winning Beautiful – The Carole King Musical which runs for two weeks in November 2015. King’s remarkable rise to stardom from teenage songwriter is told through her amazing music. We also have the direct from Broadway debut of A Gentleman’s Guide to Love and Murder which is still selling out houses in New York. This hilarious 2014 Tony Award-winning Best Musical is about an underdog who slays his way to the family fortune; it is an outstanding example of musical theatre. The return of the nine time Tony Award-winning and very outrageous The Book of Mormon will be hilarious and the big, gorgeous production of Rodgers + Hammerstein’s Cinderella is not to be missed.

What shows do you hope to bring to Hennepin Theatre Trust in the future? Any that you have your eye on?
TH: We don’t want to ruin any surprises, but I can assure you that we always keep our eyes open for incredible new productions, including Tony Award winners that may go out on tour. We work with a range of people to develop our seasons and I frequently go to New York to attend  the new crop of shows; but I can’t always predict what will come here and when.

What about Minneapolis makes it such a hotbed for theater?
TH: Visiting cast members consistently remark about our wonderfully receptive and intelligent audiences. I think the Twin Cities exposure to and appreciation of theatre, attracts and supports good local and national talent. The Twin Cities are known as one of the strongest theatre markets in the U.S., with only New York having more theatres per capita. We are also respected as a place to premiere new productions and launch national tours. For example, Disney’s The Lion King is returning this year to the Orpheum, the same Minneapolis stage where it had its 1997 world premiere, nearly twenty years ago. This show went on to garner six Tony Awards, including Best Musical, and continues to surprise and amaze me. Victor/Victoria (1996) and Sweet Charity (2005) had their pre-Broadway launches here, and Priscilla Queen of the Desert kicked off its national tour in January 2013 at the Orpheum.

Partnering with Theater Latté Da in 2013 and 2014, you wanted to begin producing local work. Have you been pleased with this collaboration so far?
TH: We have been exceptionally pleased as the Broadway Re-Imagined series and our partnership with Theater Latté Da continues to build. It’s a privilege to collaborate with the company and with director Peter Rothstein, who is one of the best in the business. We began the series with Elton John and Tim Rice’s Aida in 2013 and continued with Cabaret in 2014, which earned an Ivey Award for Overall Excellence. And, we just completed a sensational engagement of Oliver! Through this partnership, we’ve been able expand our audiences, fill the lovely Pantages Theatre with more people and showcase top local artists whom I believe rival any that appear on our stages.

Any plans for that collaboration to grow in the future?
TH: I’m happy to say that Broadway Re-Imagined is a multi-year partnership. We will be continuing the series with Gypsy in 2016, when Broadway Re-Imagined joins our Broadway subscription series. Gypsy is considered one of the finest musicals ever created, and we are so thrilled that out next re-imagined production will be directed by Peter Rothstein. Written by Arthur Laurents, Julie Styne and Stephen Sondheim, Gypsy features such classic songs such as “Everything’s Coming up Roses” and “Together (Wherever We Go).”

Anything else you’d like readers to know about this upcoming season?
TH: I haven’t even mentioned yet that the eagerly-awaited Disney’s Newsies, which took home the 2012 Tony Awards for Best Choreography and Best Original Score, is making its Minneapolis debut in February 2016. These boys can dance!  And Bridges of Madison County, a Midwestern favorite, will also be here for the first time. There are many more shows coming, each with its own appeal.

You can learn more about the upcoming website and purchase subscription packages (or individual tickets) at www.hennepintheatretrust.org or call 1-800-859-SHOW (7469). Tickets are on sale now as part of the subscription packages and also to Donors and Groups. This is a great way to buy early, get the best seats and access discounts.