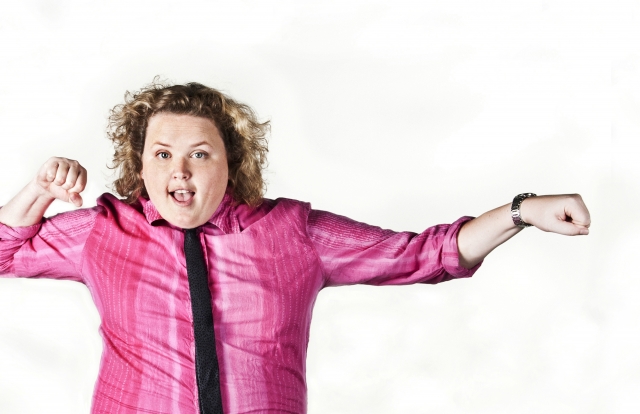 If you’ve never seen Fortune Feimster perform live, you might want to hurry up and do it soon. The lovable Southern comedian, who gained notoriety as a regular on Chelsea Lately, is preparing to shoot a TV pilot for ABC based in part on her own life story. The good news is that if the show is even half as funny as her standup, we’ll likely be seeing much more of her on the small screen. The bad news is that may mean fewer opportunities for Feimster to get onstage at clubs and theaters across the country. In fact, a quick look at her calendar of appearances on her website shows that her Woman’s Club gig this weekend, presented by Acme Comedy Co., is her only scheduled stop for the foreseeable future..

Your comedy career started from an improv class. Why did you decide to go that route? Why comedy?
Fortune Feimster: To be honest, it started as a hobby. I didn’t know I wanted to be a comedian. I had heard about The Groundlings and it being really fun and I just thought it would be a neat experience and good way to meet friends, so I signed up for classes and it tuned into a passion that turned into a career.

You’ve said that you thought Chelsea Handler hated you when you met her. Why is that?
FF: I didn’t know her and she abruptly stood up and said nice to meet me and excused herself form the meeting. So I assumed she wasn’t interested in hiring me, so I thought I had to have said something dumb, but now that I know her it meant that she liked me and didn’t wanna waste any more time.

Chelsea Lately recently ended. Was that a bittersweet moment? It seemed like everyone had such a great time on the show.
FF: I had left the show as a writer about 8 months before, so I left it to pursue acting. I already had my chance to say goodbye. but I was bummed that it ended because it was the round-table and it was such a good platform for us as comedians. and everyone loved the show; people are still saying they wish the show was on. I hate not being a part of everyone’s nightly experience anymore but she was ready to move on. 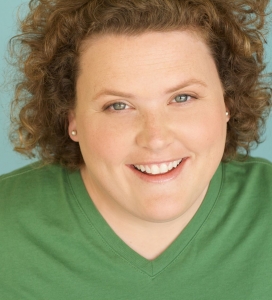 What are your thoughts on coming out and being an out lesbian comedian? Are you afraid of being pegged as a lesbian comedian?
FF: At this point, people still know my comedy enough to know that I talk about a lot of other things than just being gay. It’s not all of my act. Everyone knows I’m a lesbian because I’m open, and I couldn’t pass as a straight girl even if I tried, But I like to think I have something to offer everybody. I have multiple projects in the works and I think I’ve gotten past being labelled as a lesbian comedian.

Your comedy is much more light-hearted than some others’. How does that reflect your personality/belief system?
FF: I would consider myself a pretty positive person. Like everyone, I’ve had hardships at different times of my life, just like everyone has, and I’ve grown from that and it’s part of what made me funny. In general, I’m the type of person that considers the glass half full and that comes out in my comedy. I take a light-hearted approach.

Are there any comedians that have inspired you or influenced your brand of comedy?
FF: I grew up watching a lot of Carol Burnett reruns with my grandma so she was a big influence on me and Lily Tomlin. I also grew up watching SNL every weekend. So I was a huge Chris Farley and Adam Sandler fan.

You’ve obviously come so far in just a few years and you don’t seem to be stopping any time soon. What are your future goals?
FF: It’s interesting that it’s only been the last few years that things have finally started going, and it’s great that they have. I’m working on a sitcom that i worked on with Tina Fey and we’re shooting a pilot in April. So we’re focused on making that as good as possible. And I’m working on some movies. So I’m just working on getting my comedy out there and it’s really all about making people laugh, at the end of the day. I hope people come to the show. I’m really excited about it and last time i was in the city, everyone was so nice and we had a great turnout. I’m looking forward to getting back there, you have some nice people out there.

Fortune Feimster is appearing at The Women’s Club of Minneapolis March 8 at 7 p.m. For tickets and more information, visit www.acmecomedycompany.com.