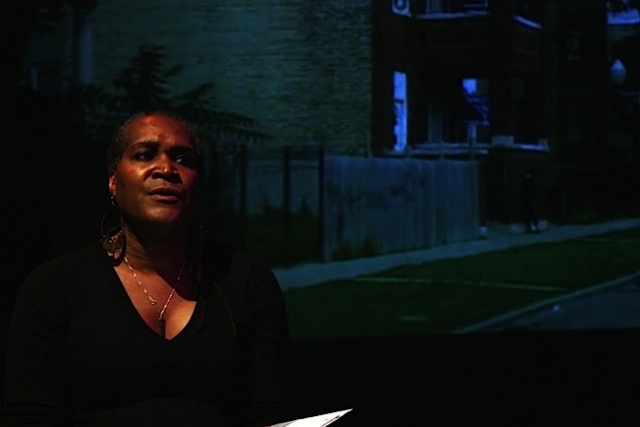 Endearing humor and political passion launched 20% Theatre’s Q-STAGE: New Works Series at the facility of their partnering organization, Intermedia Arts, this past weekend. The sparkling comic duo of Elyssa Kilman and Emily Zimmer is presenting their co-creation with writer-conceptualizer Basil Kreimendahl, The Escape Machines: Power is Nothing Without Control. This totally delightful series of vignettes starts in the late ’70s and into the teens. Every few years or so, two different lesbians (or mostly lesbians) happen to have ownership of the same car. I say mostly lesbians, as the first bit spoofs anti-gay zealot, Anita Bryant and one of her groupies. The others convey a wonderful range of types: drag kings done in the style of film noir, two hedonistic, self-destructive gals reminiscent of characters from a Greg Araki film, and two ageing women still in love after decades. Kilman and Zimmer have terrific comic chemistry and Arwen Wilder’s choreography of the aerobics section is truly a hoot. 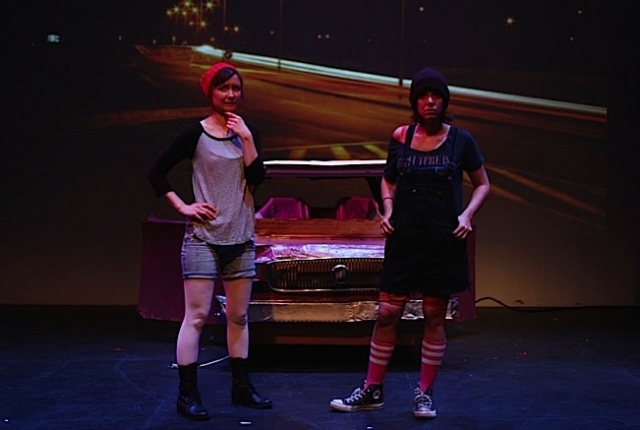 Trans performer-activist, Andrea Jenkins, is presenting what I think is the most interesting work I’ve seen her yet present. Body Parts: Intersectionality is a contemplative solo piece that combines readings about economic devastation, racism, and personal thoughts about trans identity, trans youth, and trans deaths. This bleakly effective work is remarkable in its success of fusing what one may think of as disparate elements into a unique kind of cohesion. Body Parts: Intersectionality intuitively cautions of an overarching collapse within America’s socio-economic-racial system. It is a compelling and urgent perspective in identity politics, yet it appeals to a broad audience. There’s definitely something to be said for that, indeed.

The Escape Machines and Body Parts are part of Set A and you can see them back to back. There are also two other sets, B and C, that run with these in repertory.