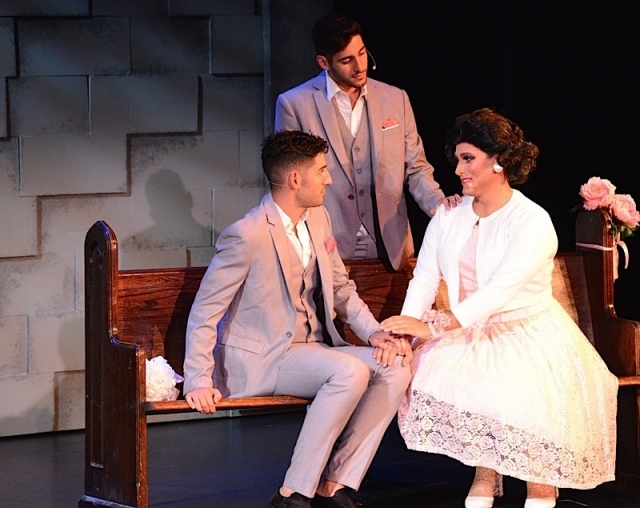 Vince Kelley moved to Minneapolis from New York with his partner only a few years ago. The Detroit native has already been on the Guthrie stage in A Christmas Carol and has sung with the Twin Cities Gay Men’s Chorus for two years. Pretty impressive for a newcomer to the competitive TC theater scene.
Now Vince crosses the gender divide in the world tour of a queer theater sensation: Pray the Gay Away. Based on the bestselling memoir and actually starring the writers of that memoir—the handsome Zakar Twins—it humorously explores the slippery terrain between three identities: Gay, Christian, and Middle-Eastern. He has kindly answered a few questions just before the eagerly awaited comedy’s run in Minneapolis at the Cowles Center. 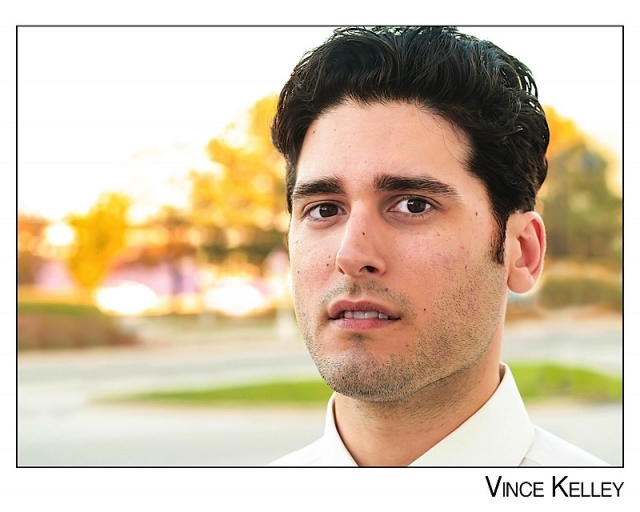 JT: How was Pray the Gay Away’s recent run in Fort Lauderdale?

VK: The Florida run was great. Aside from a little visit from a slow moving hurricane, we had an amazing time. The audiences ate it up. Speaking of eating it, Latrice Royale, a friend of the producers, came to the show last week and I almost died. She LOVED it.

JT: Tell me about your role in Pray the Gay Away.
VK: My role in the show is playing the twins’ mother, Iman. She is from Iraq, she is a devout Catholic, and much to her dismay, she has two gay sons. Every Christian mother’s worst nightmare right? But, just like the actual Iman Zakar, she’s not the villain of the story. While one half of the play is the twins figuring out how to be gay and what that means today, the other half is Iman trying figure out how to love her children, unconditionally. Now if that seems a little heavy just remember that I’m a full-grown ass man in a dress. 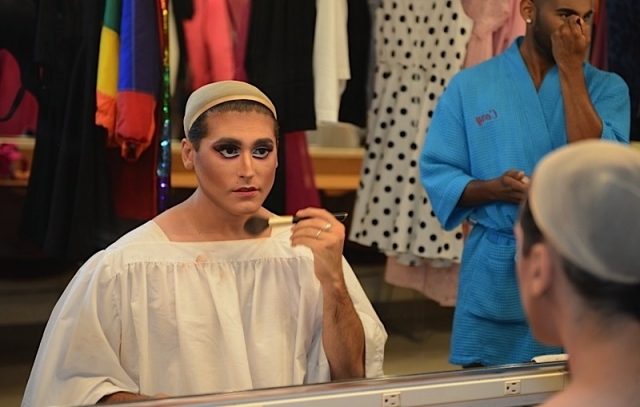 JT: Has she seen it yet?
VK: The real life Iman hasn’t seen the show yet. She is planning on coming to (see it in) Toronto. The boys’ sister came to a rehearsal in Detroit and loved it. I’ve spoken to Iman a few times on FaceTime and she’s always been incredibly sweet. Confused, but sweet.
Pray the Gay Away
Sept. 12-22
Cowles Center for the Performing Arts, 528 Hennepin Ave., Minneapolis
www.zakartwins.com