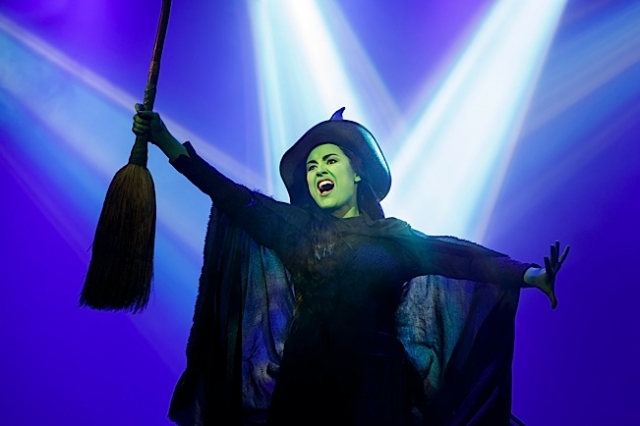 What’s striking about seeing Wicked a decade after it first hit Broadway is not only how prescient it was in 2003 but how uncannily it currently taps into the zeitgeist of 2013. Like Wicked’s Emerald City, post-911 America’s continuous unwarranted surveillance of the citizenry sanctioned by powerful political men and women is a grave concern. The largest city of our foremost ally, Great Britain, is now infamous for being drenched in closed circuit surveillance. An acronym for this, in our era when acronyms insidiously permeate society and vocabulary, is cctv. 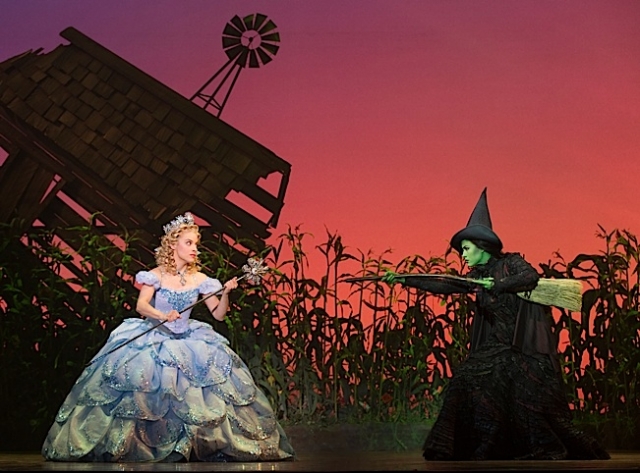 Wicked’s surveiled scapegoats are nonhuman animals -one actually is a goat- who have dared to evolve to the point of being able to speak; as well as human animal rights activists like green-skinned protagonist Elphaba. She’s a gifted sorcery student who learns to channel her crafted powers toward radical social justice. Though some animal rights activists have indeed been stigmatized as terrorists by Uncle Sam and complicit mainstream media outlets, there are other out-of-favor groups today in the US that Wicked brings to mind: immigrants, the elderly poor, Muslims, nonmetropolitan glbt people, pacifists. There is also the stigma and scapegoating that families act out. In Wicked’s case a disabled sister and other family members have projected their shadow onto the green mutation known as Elphaba. Moreover, in future, others come to demonize Elphaba as the Wicked Witch of the West. 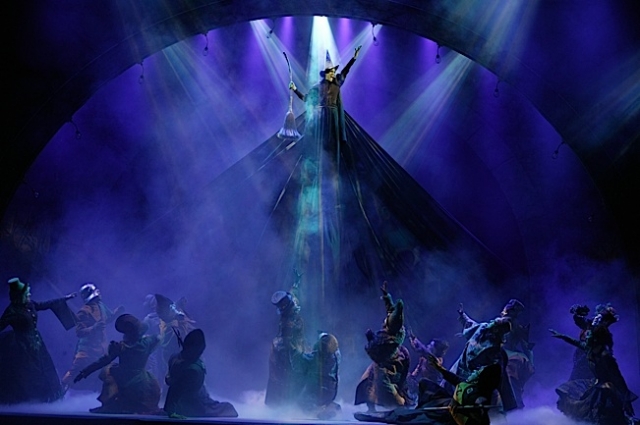 Wicked’s Orpheum Theatre/Hennepin Theatre Trust engagement is fully tapped into its subversive intent. Production values are glorious in their greens and blacks. Alison Luff renders Elphaba’s youthful volatility with spunk and an idealistic rough edge. Jenn Gambatese’s delightful portrayal of the narcissistic Galinda/Glinda, the ‘Good’ Witch is an unsettling reminder of how gorgeously sexy women permeate not only pornography for straight men but chatty kathy celebrity media aimed at straight women! Those who don’t fit the prototype are often marginalized, consciously or unconsciously, because of their lack of ‘good looks’. Society’s tendency toward superficiality is yet another one of Wicked’s searing concerns. This shoots through Stephen Schwarz’s splendid music and lyrics and Winnie Holzman’s captivating script based on Gregory Maguire’s novel written years before the Patriot Act.