This year at Pride, there are new arts partnerships that offer new opportunities. 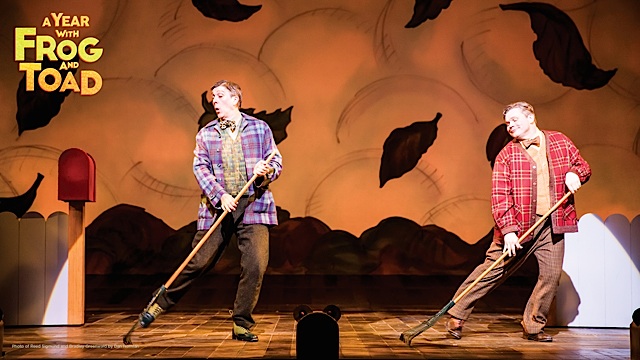 Pride Family Event: A Year with Frog and Toad

Children’s Theater Company’s LGBT+CTC and Twin Cities Pride present a performance of A Year with Frog and Toad that will feature food, activities, and more for LGBT+ families!

A Year with Frog and Toad is a show that is appropriate for all ages of children and adults alike! This production is based on Arnold Lobel’s Newbery and Caldecott Honor Books with music by Robert Reale, lyrics and book by Willie Reale, and choreography by Daniel Pelzig. Original direction by David Petrarca and directed by Peter Rothstein. Arnold Lobel came out to his family as gay four years after his first Frog and Toad book was published and it is believed that writing these books was part of his coming out process.

Waking from hibernation in the spring, the perky Frog and the worrywart Toad plant gardens, swim, rake leaves, go sledding, and learn life lessons through four fun-filled seasons. The amphibian odd couple celebrate and rejoice in their differences that make them the best-est of friends while joined by a colorful cast of birds, mice, turtles, and that slo-o-ow snail with the mail. Nominated for three Tony Awards including Best Musical, this unforgettable and tuneful musical is back on the CTC stage after almost a decade! Don’t miss this exuberant story based on the treasured books by Arnold Lobel in a musical that soars like a kite and blossoms like spring.

Tickets for this event are limited and priced at $15 per person, which include pizza and activities. Reserve tickets by June 10. Don’t delay, buy today for best seating!

The evening begins at 5:30 p.m. with pizza provided by Pizza Lucé along with family activities before the show. The performance of A Year with Frog and Toad begins at 7:00 p.m. followed by a post-show talkback with cast members from the show.

LGBT+CTC creates an inclusive, safe space by supporting awareness and visibility of the LGBT+ community at CTC while connecting LGBT+ families, youth organizations, school GSAs, and Employee Resource Groups to CTC programs. This event is sponsored by U.S. Bank and Land O’Lakes.

Purchase tickets at bit.ly/PrideFamilyFT or by calling the Children’s Theatre Company ticket office at 612-874-0400 and use the promo code Families. Learn more about the show at bit.ly/Frog-ToadCTC. 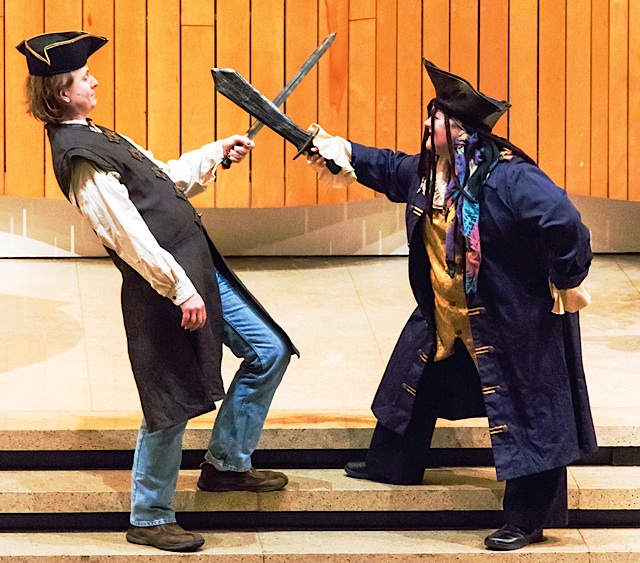 Pirates of Penzance by One Voice Mixed Chorus

During Pride weekend 2017, join One Voice Mixed Chorus for a performance of Gilbert and Sullivan’s The Pirates of Penzance that’s unlike anything the Twin Cities has ever experienced! Performed outdoors on Raspberry Island in downtown St. Paul, One Voice’s Pirates is a topsy-turvy, gender-bending musical adventure for the whole family, featuring a lesbian pirate king and her swarthy crew of sailors arriving by speedboat on the Mississippi, an uproarious appearance from the Major General’s “daughters,” and so much more!

Come dressed in your best Pirates costume to enjoy dancing and frivolity including a live band, new orchestration, and sing-along opportunities for the audience. Food trucks will be available, or bring your own picnic along with a blanket or lawn chair. One Voice’s production of this comic opera is sure to be a fun, free way to spend an afternoon on the Mississippi River!

By RSVPing to this event at onevoicemn.org, you will be able to gain access to the island one hour before the show starts (30 minutes before the general public, letting you get first pick for a spot to sit!).

VIP Level One tickets ($25) will guarantee you a seat (so you don’t need to bring your own) in the Police and Hapless Maidens Tent and a bottle of water.

VIP Level Two tickets ($50) will guarantee you a seat (so you don’t need to bring your own) in the Pirate Kings Tent, including adult beverages and a voucher for food at one of the food trucks.

Parking will be available on Harriet Island, in parking ramps off of East Fillmore Avenue, and in downtown St. Paul near the Wabasha Street Bridge in the Victory Ramp and Intercontinental Ramp. In case of severe bad weather, the show will be moved inside to Central Presbyterian Church in downtown St. Paul.

One Voice Mixed Chorus is Minnesota’s lesbian, gay, bisexual, transgender, and straight allies (LGBTA) chorus. For 30 years One Voice has been “building community and creating social change by raising our voices in song.” Known for their musical excellence, diverse programming, innovative collaborations, and deep commitment to community outreach, One Voice is the largest LGBTA chorus in North America with 125 singing members ranging from ages 16 to 79, and nearly 50 non-singing “Fifth Section” volunteers. Under the direction of artistic director Jane Ramseyer Miller, the award-winning chorus inspires transformation through passionate, vibrant, and creative performances at concerts, during outreach tours and through its pioneering OUT in Our Schools program, now in its 18th year.

Performances are FREE, but ticket reservations are encouraged at www.onevoicemn.org.
VIP tickets start at $25 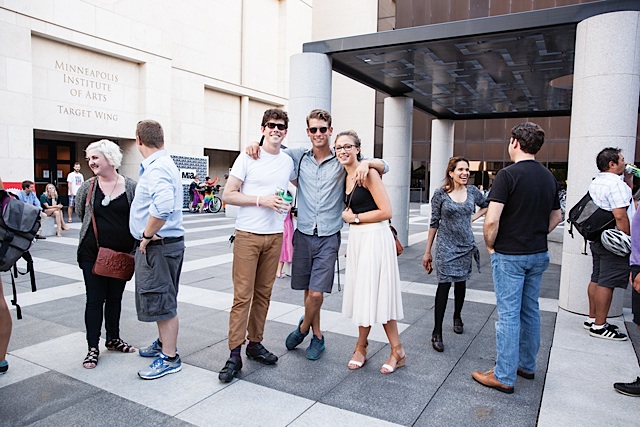 Get ready for Twin Cities Pride at Mia! Get a taste for what the Pride festival and parade will be like this year, with some cameo appearances straight from Pride. Dance to live music from Nick Jordan and Lady Lark. Preview the TPT documentary Out North, which chronicles the history of LGBTQ communities in Minnesota, and meet the film’s director. The Pride parade will have the rainbow LGBT pride flag, the leather pride flag, and — new this year — a bisexual pride flag and transgender pride flag! Make your own pride flag for the parade, and get to know the art of drag through pop-up performances curated by Flip Phone. Last but not least, pose for equality in the Pride-themed photo booth! This event is presented in partnership with Twin Cities Pride.

On the third Thursday of every month, join Mia to experience Mia’s diverse art collection through unique programs, drinks, and live music. Sign up for e-mail updates to receive tailored monthly updates about all of your Mia interests, including Third Thursday, at new.artsmia.org.