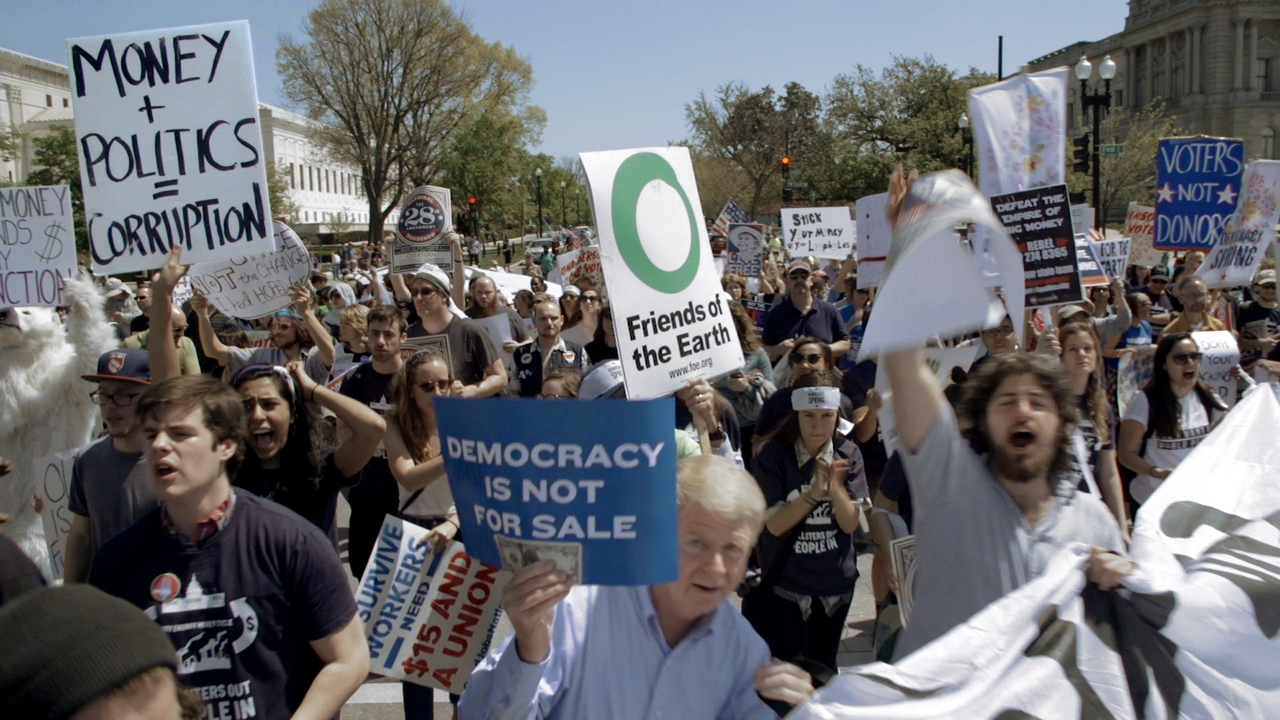 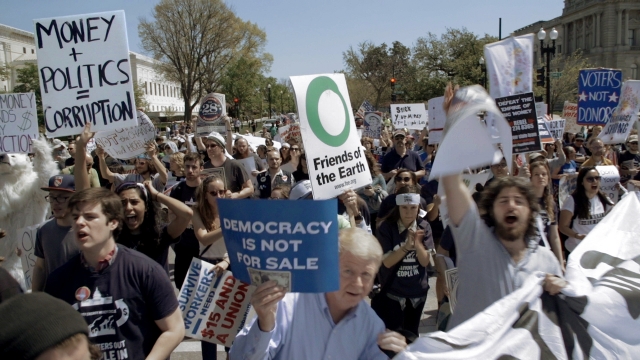 Documentarian Kimberly Reed has crafted a penetrating nonfiction film that engages the mind in a way that classic “whodunits” do. Dark Money captivates like Agatha Christie or Mary Higgins Clark. However, the unsettling difference is that her observations are solidly rooted in the reality of actual political corruption. It focuses on one state but the reality documented pervades all 50 states and beyond.

Reed follows a labyrinthine money trail that has been strangling Montana politics since 2011. She exposes how out of state interests with no connection to the state’s citizens’ lives essentially imperialize in a manner amounting to corporate colonialism. If you get enough politicians in your pocket, they’ll do your bidding and find clever ways to make it sound in alignment with whatever their party platform asserts. Dark Money also draws parallels to Montana’s Anaconda Mining monopoly of a century ago which also bought politicians.
A core strength of Dark Money is its fair-mindedness. It searingly observes how duly elected, conscientious, and popular Montana Republicans have been thwarted by the U.S. Supreme Court’s Citizens United decision. There is supreme irony here in that the court decided that a film critical of Democrat Hillary Clinton put forth by a conservative nonprofit had the right to be aired and advertised soon before the 2008 primary. When one hears discussion and ire expressed about money equaling speech, odds are it is relating to that still controversial SCOTUS decision. Dark Money shows the shoe on the other foot: in Montana it was actually Republicans who were the targeted by beneficiaries of that decision. A sobering reminder of the power of Supreme Court precedents.
Reed unfolds the twists and turns with remarkable clarity and suspense. The gutsy journalism of Montana’s John Adams, questionable reverberating actions done all the way over in Wisconsin at the behest of Governor Scott Walker, and grotesquely false and secretive mailings smearing Republican politicians by interests themselves that are actually supported by Republican partisans distant and unknown, make for a real life twilight zone that compels us to think outside the binary box.
A philosophical duel in the sun plays out in a district court room. Sarah Arnold, a former staffer of the opaque National Right to Work Committee, and still a populist Republican, boldly exposes misdeeds and manipulations of the dark side enabled by smoke, mirrors, and fast-talking doublespeak that could have been penned by George Orwell. We witness the unmasking of Republican State Senator Art Wittich from Bozeman. It’s extraordinary.
Dark Money disturbs with its relentless concern that money can come into our communities from out of state, and even outside the United States, and never have to be revealed to the voting public. Bear in mind that Reed’s research began in 2011, years before current concerns about Russian election interference and the heightened awareness of the vast influence of Euro-globalist George Soros.
Some of the things Reed’s content makes us acutely aware of are that this brand of skullduggery can come from an individual or a corporation. For instance, we have seen wealthy donors contribute to overwhelmingly influence elections on both the left and the right: Robert Mercer for the Trump Wing of the Republican Party, the Koch Brothers for neoconservatives in the Republican Party, and Tom Steyer for the Democratic Party. It can become a matter of “the people” not controlling the government but a corporation controlling the people, if not an individual. If you can populate a legislature with a certain number of elected placeholders willing to do whatever you want, you can do whatever you want. And if you get the governor’s office you can quickly change an entire state.
At the closing of the Constitutional Convention in 1787 at Independence Hall, Benjamin Franklin was asked if we had a republic or a monarchy. He responded, “A Republic, if you can keep it.” The monarchy equivalent now might be said to be dark monied corporate power—an unseen hand that lines pockets of a shrewd select few. When third party groups don’t have to reveal themselves, then the Big Sky of Montana, as well as the rest of the nation, is the limit.
Dark Money
Lagoon Cinema, 1320 Lagoon Ave., Minneapolis
(612) 823-3020
www.landmarktheatres.com