Preaching To The Choir (Literally) 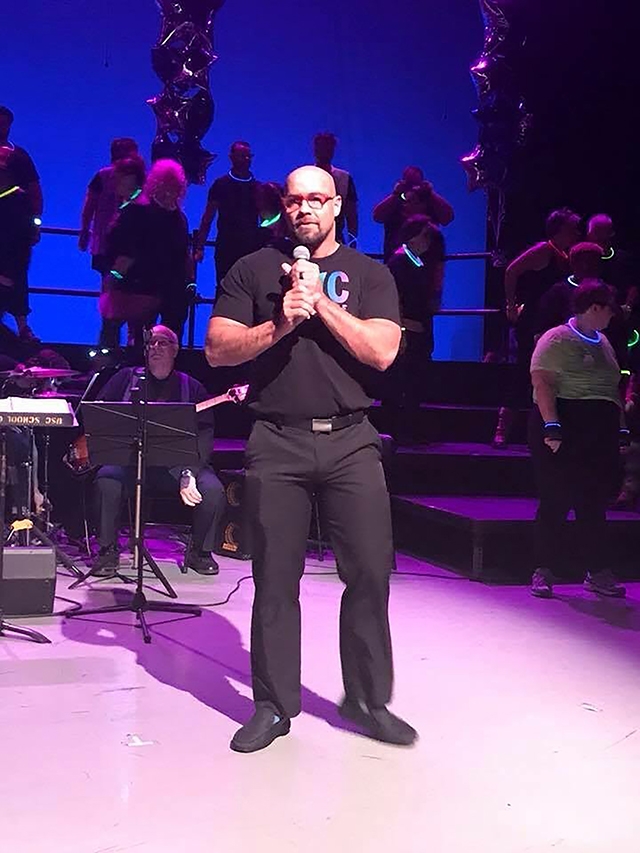 Gerald Gurss earned a doctorate in choral conducting at the University of South Carolina. Photo courtesy of Gerald Gurss

He’s not in Kansas anymore. Dr. Gerald Gurss, Twin Cities Gay Men’s Chorus’ new artistic director, has loved music since he was a child in small-town Kansas, watching Hee-Haw every Saturday night with his father. With a mother who frequently sang solos in church and performed in a gospel trio at various state fairs, Gurss grew up in a world centered around music.

“Being a choir geek in high school really propelled me to want to keep pursuing that love in college. I was a dual major in voice performance and music education for two years. After having to observe elementary music classes, I was cured, and I only wanted to be a performance major. Bless anybody who teaches children. They aren’t getting paid nearly enough,” Gurss says. “I went straight into a master’s program in voice at Miami University of Ohio, where I learned that I really loved conducting more than performing. I became the assistant conductor of the Miami University Men’s Glee and served as chorus master for the MU opera.”

Before moving to the Twin Cities in August, Gurss took his conducting to Columbia, South Carolina where he attended the University of South Carolina, earning a doctorate in choral conducting with research focused on the pedagogy of transgender singers in the choral rehearsal.

Gurss says it was difficult to express his sexuality in his hometown in Kansas, so he had to drive two hours away to participate in his first gay choir, hoping that no one back home would know about it.

“At the first rehearsal, I had my eyes opened to about 150 different examples of what it meant to be gay. ‘Maybe it’ll all be okay after all,’ I thought. I remember we traveled down to Dallas, Texas to sing with the Turtle Creek Chorale, which is where I met Tim Seelig for the first time,” Gurss says. “Not only was he handsome, but he was also the most amazing conductor. Right then, I decided that I wanted to be a conductor like him. I sang with Heartland from 1999 to 2002, and then I rejoined after returning from grad school in Ohio, and I sang with them again until 2008.”
When Gurss moved to South Carolina, he conducted One Voice Chorus, an SATB (soprano/alto/tenor/bass) chorus, and he served as their director from 2008 to 2018. During that time, he says he really began to cultivate his calling to serve the GALA (Gay And Lesbian Association) chorus community. Ten years later, he landed in the frozen North.
While worked with One Voice Chorus, Gurss attended a GALA leadership conference where he met Stan Hill, the TCGMC director at the time.
“I instantly loved him and his impish sense of humor. ‘Here’s my people,’ I thought. Throughout my time with One Voice, I continued to follow TCGMC and their fantastic commissions. I loved their commitment to artistic excellence. I programmed their commission, ‘Oliver Button is a Sissy’, and I own the recordings of my favorite other two commissions: ‘Through a Glass, Darkly’ and ‘Two Boys Kissing.’ When the artistic director position was announced, I knew our artistic and social values aligned, so I applied. I’m honored to lead this amazing community of singers,” Gurss says. 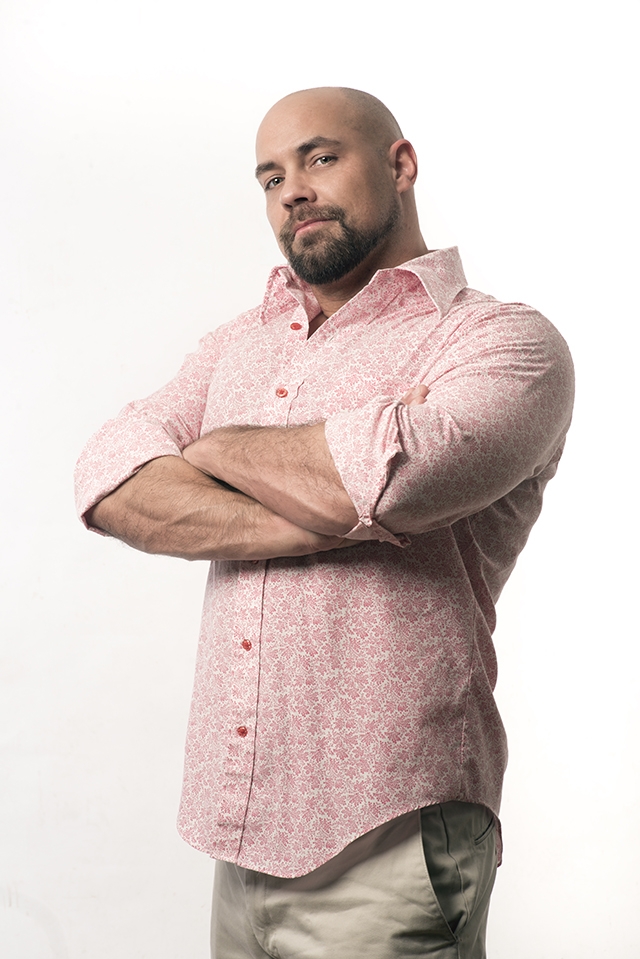 He says leading TCGMC is a “weekly high.” With rehearsals every Tuesday, Gurss says he leaves each week musically and emotionally fulfilled by the energy the chorus puts into creating “not only the best possible product, but also the best possible choral community where many feel like it’s a home as well as a chorus.” He says he once had a straight ally explain the importance of TCGMC the best.
“She said, ‘When you know someone’s heart, and you see their face, it’s hard to be afraid of them.’ I believe a lot of the bigotry, racism, homophobia, transphobia, and hate exists because people believe antiquated and controlling messages passed down to them from people who were also afraid,” Gurss says. “TCGMC offers one such face. We comfort and entertain the LGBTQA community with our music as well as educate and commune with our allies and those who seek to know how to be allies.”
Gurss says TCGMC is getting ready for several exciting upcoming events including the 2020 GALA Chorus Festival, which will be hosted in the Twin Cities, and the opening of this season with “A Million Reason to Believe”, which is a holiday-themed concert woven together with threads of music by Lady Gaga. Gurss says this concert will also feature a brand new World AIDS Day piece, which he wrote for TCGMC.
“TCGMC rounds up its concert season with a spin on the timeless game show Hollywood Squares. We’re calling it Stiletto Squares! The theme of this show will be the music of the great pop music divas from the 1950s to 2018,” Gurss says. “Audience members will compete for fabulous prizes and be highly entertained by this high-energy, high-hilarity season closer!”
For more information about TCGMC concerts, visit tcgmc.org.