Power Up With Gay Monday 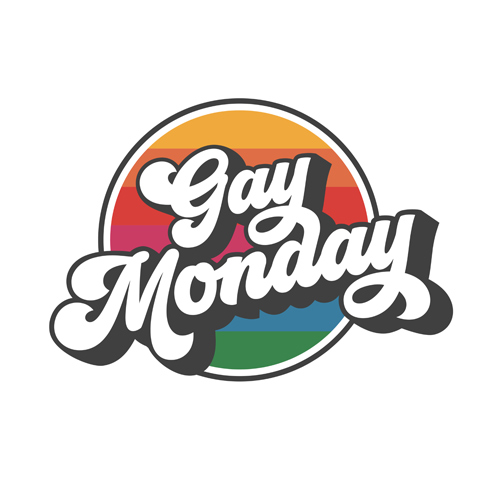 We are all craving a little bit of normalcy right now. Maybe you are tired of feeling obligated to play a game of real-life Frogger when there are other people on the same sidewalk as you. Maybe you want to finally work from an office again. Maybe you just want to see your friends *gasp* in real life.

My Back-to-Normal Bucket List is growing every day, but checking out Gay Monday at Up-Down has been hovering around the top of that list since Stay-at-Home orders began. I had just heard about Gay Monday —a weekly safe space and queer takeover of Up-Down—when everything started closing. Founder and mastermind Jessica Bush was kind of enough to give me the low-down on Gay Monday since I cannot currently check it out myself, and I figured some of y’all might be similarly interested in a weekly queer takeover of Uptown’s best arcade bar. 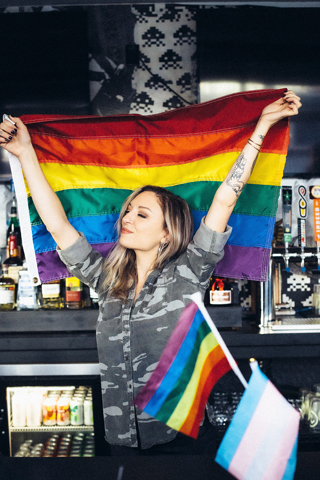 The event started off as a joke, as Jessica explains: “Gay Monday started last October when I met some new queer friends while I was bartending. We jokingly dubbed every Monday to be ‘Gay Monday,’ and agreed to do it again the following week. Every week, someone would bring a friend and simply through word-of-mouth the crowd grew! Eventually the crowds were so big that we made it official.”

As Gay Monday grew in popularity, Jessica decided to mix things up with the occasional theme night. Themes have been all over the place: there was a “rooftop onesie party, Monday night football, Happy Transgiving, puppies on the patio, New Member Night, Speed Mingle Bingo, ‘Groutfit’ Night, Flannel Night”, and more. There were plans for a Big Gay Sunday rooftop dance party in tandem with GRRRL SCOUT and LUSH for Pride this year, but that plan is on hold for obvious reasons. Hopefully some iteration of that party will happen regardless.

Jessica has been at Up-Down for four years—since its beginning—working as a volume bartender. She continues to bartend, but has enjoyed developing an event specifically for the queer community in the Twin Cities. “My boss is incredibly supportive and proud to have Gay Monday; he basically gives me the reins to steer it. I run it: the social media, I coordinate all of the promos and events, and I bartend every Monday night as well!”

Up-Down becoming the home of Gay Monday was coincidental, but it is a perfect fit. “Up-Down is an ideal venue because the vibe is already cool and energetic. The pizza is bomb, service is quick, and our staff is awesome.” There are more than 50 arcade games representative of the best the ‘80s and ‘90s had to offer, plus giant lawn-games, pinball, and skee-ball. And, if you hit your max on games (if such a thing is even possible), there’s space to hang out and chat with new friends.

“I thrive on connecting people,” Jessica says, “I put a drink in their hands and introduce them to each other. Then, at the end of the rush I sit back and watch the magic of human connection, at a place where the queer community can feel right at home. It’s incredible. I love my job.” 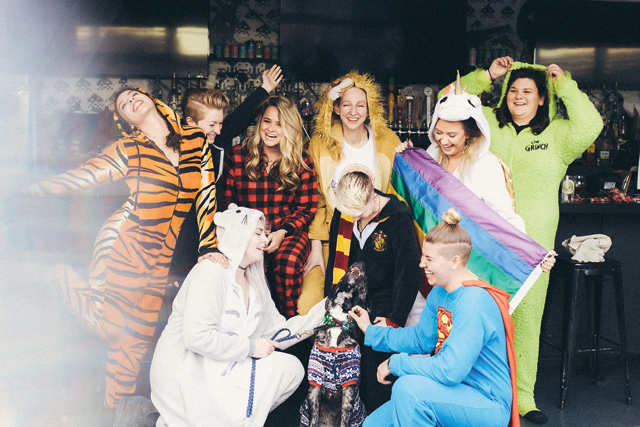 If you like the idea of Gay Monday, but are feeling wary, I encourage you to give it a try when it returns along with Up-Down itself.

“Our entire crew has been through training on how to maintain our bar as a safe space,” Jessica explains, “which includes identifying harassment and raising our awareness to guest needs beyond the beverage.”

On top of that, Gay Monday fosters queer community. “Gay Monday is a family, so if you are new to the crowd, we reach out to you and introduce you to the gang. It’s always good vibes here [and we are] inclusive of all identities.”

There is a queer, video game-loving, onesie-wearing family that’ll be waiting for you at Up-Down on Mondays when life is back to normal again. If that doesn’t sound like paradise, I don’t know what does.