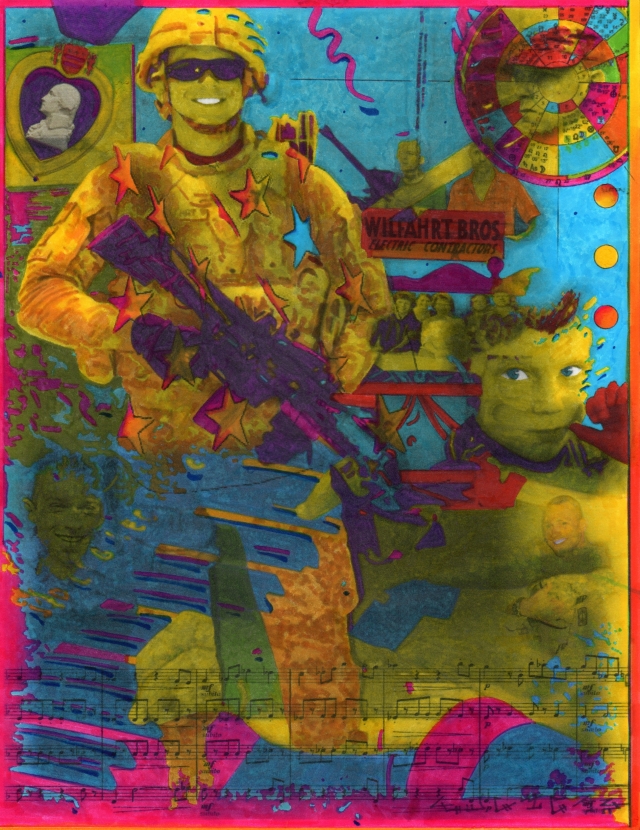 Corporal Andrew Charles Wilfahrt, an openly gay soldier was killed in action outside of Kandahar, Afghanistan on February 27, 2011. Andrew is thought to be the first openly gay soldier killed in the wars in Afghanistan and Iraq since the repeal of Don’t Ask Don’t Tell. His parents, Lori and Jeff Wilfahrt, have become active in promoting marriage equality for all since Andrew’s death. Jeff Wilfahrt’s words from a previous interview with Lavender Magazine ring true: “As the Minnesota legislature moved on the marriage amendment, I challenged the House and Senate on the basic premise that, if his [Andrew’s] taxes were good enough, and his blood was good enough, why weren’t his rights good enough?”

According to Lori Wilfahrt, “Andrew will be remembered as a thinker who loved anything ridiculous and absurd…but his passion was classical music…Andrew began to compose music and play the piano as a boy, and his love of music continued into adulthood.” Though Andrew joined the Army when Don’t Ask Don’t Tell was still enforced, he found his friends in the army to be very accepting of who he was. Lori continues, “His fellow soldiers admired and respected him because he worked hard, made them laugh, and had their backs.”

The artist behind the portrait, Anthony Whelihan, has been commissioned by many celebrities and organizations including the NFL, The Nobel Conference, and Disney. His most visible piece covers the east wall of the Minneapolis Convention Center and is the world’s largest mural on canvas. Whelihan states in his artist’s statement, “I believe an artist should depict the time in which he lives, and part of that is to become involved with organizations and people that can make a difference; using my work to make a difference by raising awareness and funds for these organizations is my small way of participation.”

Lori Wilfahrt says Andrew “encouraged everyone he knew to take time to be creative, to write, paint, build, or just dream.” Through this portrait, and through his parents’ support for marriage equality, Corporal Wilfahrt’s spirit lives on.