Populist Politicking at the Guthrie in Actor-Proof ‘Born Yesterday’ 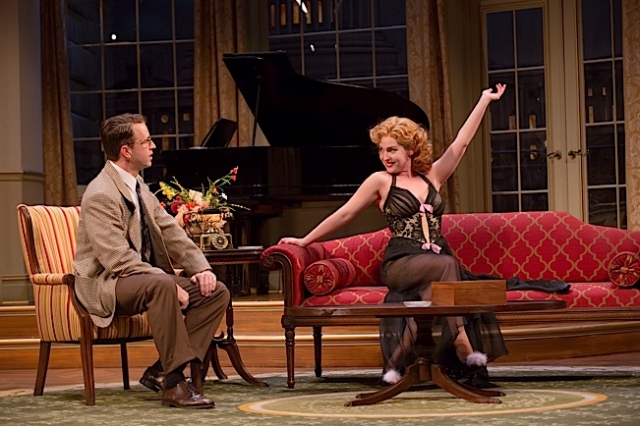 Garson Kanin’s 1946 comedy, Born Yesterday, is virtually actor-proof. As with Charley’s Aunt, get competent actors and it will always get enough laughs. The classic story of the ditzy Billie Dawn, mistress to Harry Brock, a junk collector who struck it rich during the lean years of World War II, and the idealistic liberal muckracking journalist, Paul Verrall, who tutors her into political consciousness, is a post-war Pygmalion. 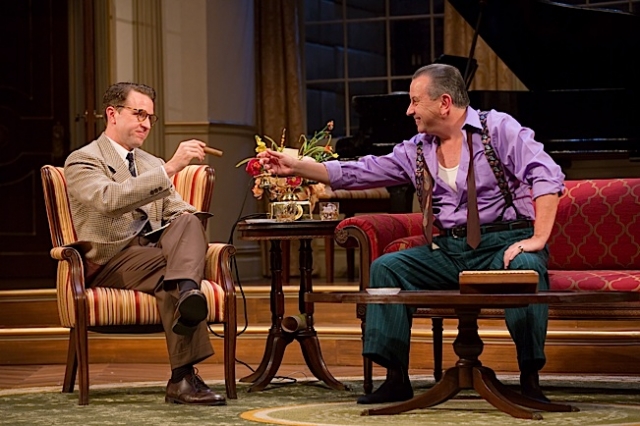 At the Guthrie Todd Rosenthal has designed the hotel suite setting with a fabulous sense of opulence. Director John Miller-Stephany’s supporting players are by and large, terrific: Zach Curtis, Mark Benninghoffen, and Jennifer Blagen to name a few. However, Jeff Still as Harry and Alexis Bronkovic as Billie seem to be acting in isolation from one another. Still lacks the overpowering machismo the role calls for and Bronkovic seems to be more about sounding ditzy than playing the role in relation to the other characters. One keeps thinking about how much better the show would have been cast with such local actors as David Anthony Brinkley or Peter Moore and Carolyn Pool, Stacia Rice, or Tracey Maloney. However, John Patrick Hayden’s Paul is fairly solid. 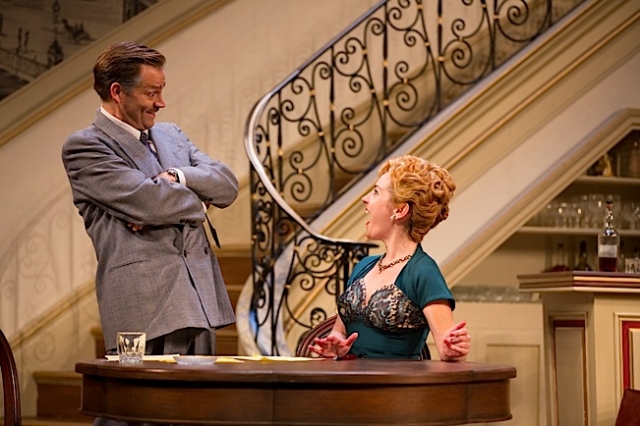 But perhaps the oddest thing about this production is Matthew J. Lefebvre’s costume design, especially Billie’s slinky outfits in the early part of the action. Frankly, they are so sexualized they distract. The look is far more out of a contemporary kinky sex shop than the sultry ’40s suggestiveness. (Check out the sex goddesses of film noir.) The dominatrix look and an outfit where it looked like two miniature UFOs had landed on her chest were way too over the top. Nonetheless, costumes and miscasting notwithstanding, it’s hard to wreck Kanin’s play. It’s very funny and its populist political message shines through nicely.